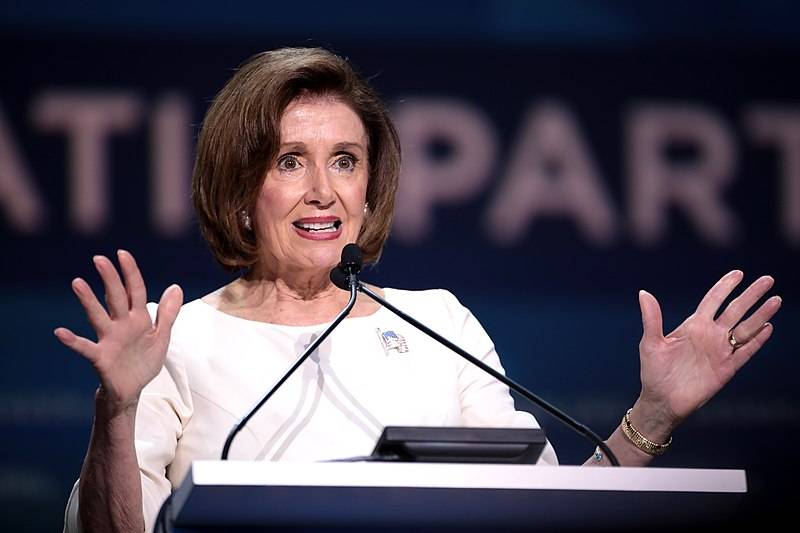 Let's do without "father" and "mother"

The initiator of the reduction of the vocabulary of colleagues was made by the Speaker of the House of Representatives Democrat Nancy Pelosi, a famous fighter for gender equality. According to the ideas of the Democratic Party, within the walls of the Congress in the very near future the address "he", "she", "man", "woman", as well as the words "son", "daughter", "aunt", "uncle" should be excluded , "Mother-in-law", "father-in-law", "son-in-law" or "daughter-in-law".

Let's try to trace the paradoxical and provocative logic of the congressmen. Perhaps the most important thing now in the United States is the elimination of inequality in all areas of life. Discrimination on skin color and ethnicity seems to be coped with in words. Today, in the United States, calling an African American a black man is just like death. 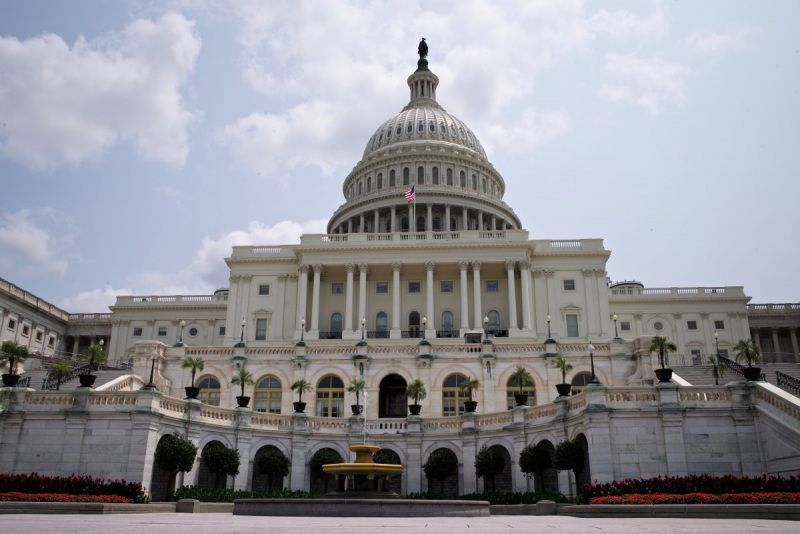 The next form of inequality that required an immediate solution was religious differences, as well as the specificity of sexual orientation. Again, more in word and on paper, these problems in American society have been resolved. By analogy with the African American quota, in the very near future filmmakers should be expected to comply with the mandatory quota for the presence of LGBT actors in the frame. New times - new customs.

But progress cannot be stopped. Initially, the quite good ideas of equality and brotherhood have passed the stage of perversion. Something similar happened to the science of eugenics at the beginning of the XNUMXth century, which at first was vulgarized by the forced sterilization of the Americans, and later Hitler was completely disgraced by the Nazi ideology.

Now in the US Congress, the equality of people is brought to an absurd apotheosis - they prohibit the use of "he", "she", "mom" and "dad". Of course, so far only within the walls of the cradle of American democracy, but with further prospects for the spread of innovation throughout the country.

The US Department of State became the first sign in the elimination of the concepts of "mom" and "dad" ten years ago. Then the American diplomats solemnly promised to write in official documents not "father" and "mother", but "parent No. 1" and "parent No. 2". But this attack was more a way to butter up the homosexual community in the United States, many of which managed to build same-sex families and have children. That is, the State Department's "parent number 1" instead of "mom-dad" is not a way to get rid of gender differences, but an attempt not to offend homosexuals.

How much parliamentarians in Washington are concerned with equality between men and women is well illustrated by the case of "Amen and a-women". During the reading of the prayer for the first meeting of the Congress this year, the reader hesitated, recognizing in "Amen" (translation of "Let it be so") a direct reference to the male gender. Realizing that such blatant intolerance towards women could annoy Nancy Pelosi, he read Amen and a-women.

It is not known how the Democrat Pelosi reacted to this incident, but the Republican Guy Reshenthaler wrote an angry one on Twitter:

“The opening prayer for the 117th Congress ended with the words 'Amen and a-women.'

Amen is a Latin word that means "so be it." This word has no gender.

It is impossible to consider such scandalous proposals from the US legislature in isolation from the purposeful destruction of family values. The most outrageous thing is that the overwhelming majority of Congressmen are well-established family men.

For example, the notorious Pelosi has been married for several decades and has five children. The erasure of the boundaries between man and woman, mother and father, has only one goal - the final destruction of the family as the foundation of society. At the same time, the luxury of having a family is left to the most privileged ruling stratum of the population. 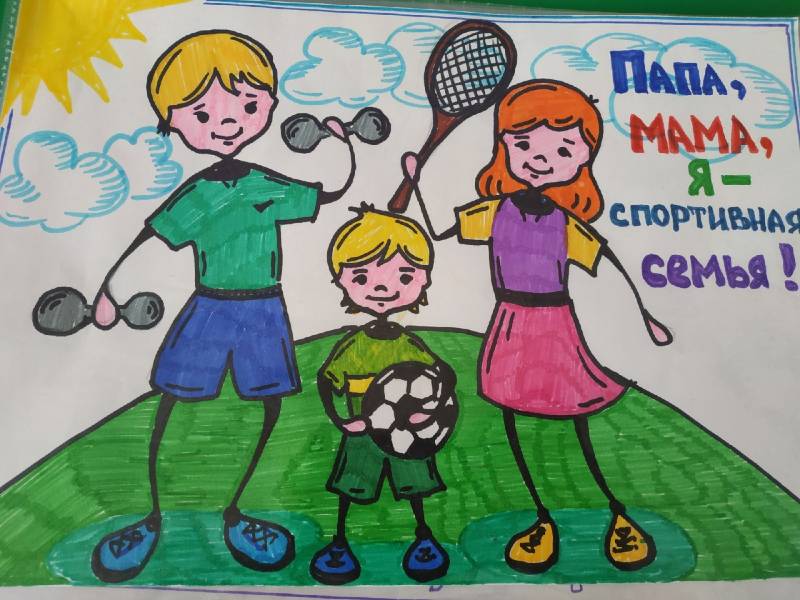 Source: konkurs-kids.ru
When people in power with a blue eye say from the rostrum that from now on it will not be possible to address their relatives "dad" and "mom", but the vile in this case "parent" should be pronounced, then you involuntarily begin to believe in conspiracy theory, in the fact that the planet already overpopulated, and the authorities, as they can, limit the birth rate. Even with such provocative and ridiculous methods. And that, congressmen are getting their way - at the moment, about 40% of children in the United States are born out of wedlock. And for blacks - up to 70%.

What does this mean? A new tribe of Americans is being prepared, who will relatively painlessly accept the rejection of "fathers" and "matter".

The most interesting thing is that conspiracy theorists will legitimately put a logical foundation under such a theory. The world is known to be captured by robotization and artificial intelligence. As a result, workers will no longer be so in demand, which means that we have the right to expect gigantic total unemployment.

It is not for nothing that in many countries (even in Russia) they seriously talk about a guaranteed unconditional income as a salvation in a new automated reality. But why share resources with your own electorate, if you can thin it out completely painlessly.

For many years the powers that be were dependent on the working class - after all, the main generator of the country's notorious GDP. In order to avoid strikes, it was necessary to raise salaries, improve working conditions and take care of family happiness. Because the family is the main supplier of manpower, recruits for the army, and sometimes you can find a couple of new Lomonosovs, Mendeleevs or Landau among the younger generation.

And when working hands and brains are not needed, then the family is not needed. So you can simply thin out your own population to the required minimum. Obviously, the first to come to such an idea in the US Congress. All discussions about the connection between Pelosi's absurdity and a world conspiracy may seem like speculation, but they started it first.

In American society, the abolition of "dad" and "mom" as concepts was received coolly. At least in the camp of traditional Republicans, whom, according to Trump, are still in the majority. And this gives hope to curb the spread of gender-neutral trends across North America and beyond.

References to the Bible have become one of the lines of behavior of Pelosi's critics. In the Holy Scripture it is quite definitely written - God created man in his own likeness as a man and a woman. Considering that Congressman Pelosi is quite a God-fearing Catholic, this logical incongruity may have an impact on her.

The Washington Times takes the idea further. If gender neutrality is in vogue, why are there still toilets for “boys” and “girls”? And finally, common changing rooms have not been introduced?

One of the beginners stories with the denial of the family as the foundation of society, it became, oddly enough, the Black Lives Matter movement. The strategy is based on the struggle "for freedom, liberation and justice." It would seem that they are quite sound and positive ideals. But everything is spoiled by the tools proposed by the activists. It turns out that liberal nirvana can be achieved only through the destruction of the nuclear family model imposed by the West.

The main enemy is the father, as the key carrier of aggression and domestic violence. Children raised without a male upbringing seem to Black Lives Matter to be much more tolerant.

The declaration of freedom fighters cannot but be called a call for promiscuity - promiscuous sexual relations. Or another tool in the hands of the rulers of the world, for whom 90% of the population are freeloaders.

Again conspiracy, but without it in the story with the abolition of "mom" and "dad", alas, nothing.