"They were not sent there": General Khomchak tried to explain the losses of the Armed Forces of Ukraine marines in the "gray zone" 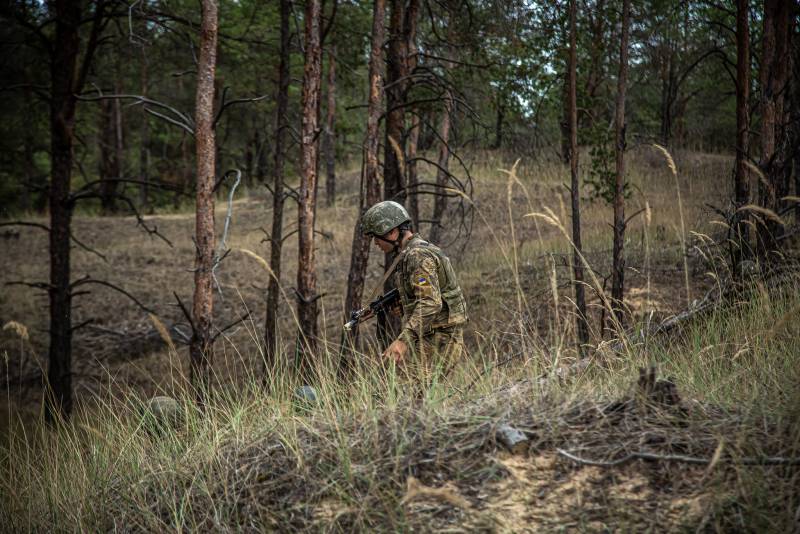 Earlier it was reported about the losses of the Armed Forces of the Marine Corps in the so-called "gray zone". We are talking about the situation that unfolded there in the summer of 2020.


The wounded Marine Corps soldier of the Armed Forces of Ukraine Yaroslav Zhuravel in the Gorlovka area did not wait for evacuation. Because of this, doubts appeared in Ukrainian society about whether everything was done to save him. There were also questions about what the Marines were doing in the gray zone.

The Commander-in-Chief of the Armed Forces of Ukraine, Colonel-General Ruslan Khomchak tried to answer these questions and explain the situation.

The Commander-in-Chief of the Armed Forces of Ukraine told Ukrainian journalists why the marines suffered losses, including the named fighter Yaroslav Zhuravel.

First of all, he said that allegedly no one had sent them there, they ended up there not just on their own initiative, but contrary to the order.

There was a ban on going to the "gray zone". It was violated by Krasnogrud, Zhuravel and two more sailors. The sailors are 20 years old, and they climbed with their older comrades where it is forbidden.
- said the Ukrainian general.

If we were talking about kindergarten pupils, one could still believe, but we are talking about experienced fighters who have been participating in the operation in Donbass for several months, and some for more than a year. And even the battalion commander, who was on friendly terms with Zhuravl and Krasnogrud, allegedly knew absolutely nothing about their plans ...

Khomchak suggested that on July 13, 2020, the guys went into reconnaissance on their own initiative, realizing that the area was mined, and minefield maps simply did not exist.

And although all this история rather "dark", it is not so difficult to restore the picture of what happened. Of course, no one goes "on reconnaissance" through a minefield without the knowledge of their immediate commander. It looks more like a failed special operation against the NM DNR of a sabotage group of the Armed Forces of Ukraine, consisting of reconnaissance platoon fighters of the 35th Marine Brigade of the Armed Forces of Ukraine. Passing through the mined "gray zone", one of the soldiers, Krasnogrud, ran into a mine. While trying to evacuate the body of the killed, the group came under fire and another Marine, Yaroslav Zhuravel, was wounded. Moreover, according to the NM DNR, under the pretext of evacuating the dead and wounded, another sabotage group was sent and tried to break through the defense of the people's militia. The result of all this "multi-move" - ​​three dead soldiers of the Armed Forces of Ukraine.

Actually, this version, voiced by the command of the NM DNR, is more like the truth than the pathetic attempts of the Ukrainian general to justify himself and cover up the unit commanders, through whose fault three servicemen were killed. By the way, one of them, as previously reported, is not a Marine of the Armed Forces of Ukraine, but a mercenary with an Estonian passport who arrived through the territory of Belarus.