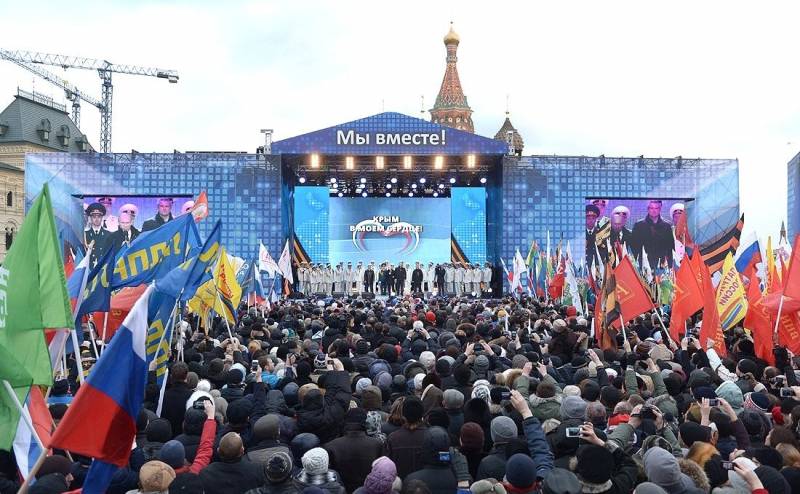 Now in Strasbourg the sessions of the European Court of Human Rights are being held on the claim “Ukraine v. Russia”. The ECHR ruled on Ukraine's complaint about Crimea.


This is stated in the message of the press service of the Ministry of Justice of the Russian Federation.

The court found some of Kiev's accusations against Russia unproven. In particular, Ukraine announced the killings of civilians in Crimea by the "occupiers", threats to representatives of foreign media, discrimination against ethnic Ukrainians, and the persecution of persons with pro-Ukrainian views. All these speculations were rejected by the court.

Therefore, the ECHR called Ukraine's claim "partially admissible" and said it would continue to consider it.

The Minister of Justice of Ukraine Denis Malyuska wrote on his Facebook page that the court's decision is "a legal blow to the mythology of the Russian Federation in its hybrid war", calling it "an intermediate victory of Ukraine" over Russia.

He stated that in stories There was no referendum or peaceful expression of the will of its citizens in Crimea, but there was only "armed aggression of the Russian Federation" and "gross violations of human rights. The minister said that the Russian military took control of the peninsula not from the moment of the referendum, but much earlier, back in February 2014.

Russia supports the myth of the peaceful and legitimate annexation of Crimea, intended for internal use, and is trying to promote it in the international arena.
- the Ukrainian official wrote on the social network.

Ctrl Enter
Noticed oshЫbku Highlight text and press. Ctrl + Enter
We are
Reports from the militia of New Russia for 27-28 September 2014 of the yearDecember 2010 years. Russian March. Senseless and merciless? Notes not a Russian person
Military Reviewin Yandex News
Military Reviewin Google News
49 comments
Information
Dear reader, to leave comments on the publication, you must sign in.