Day of pipeline troops is celebrated in Russia 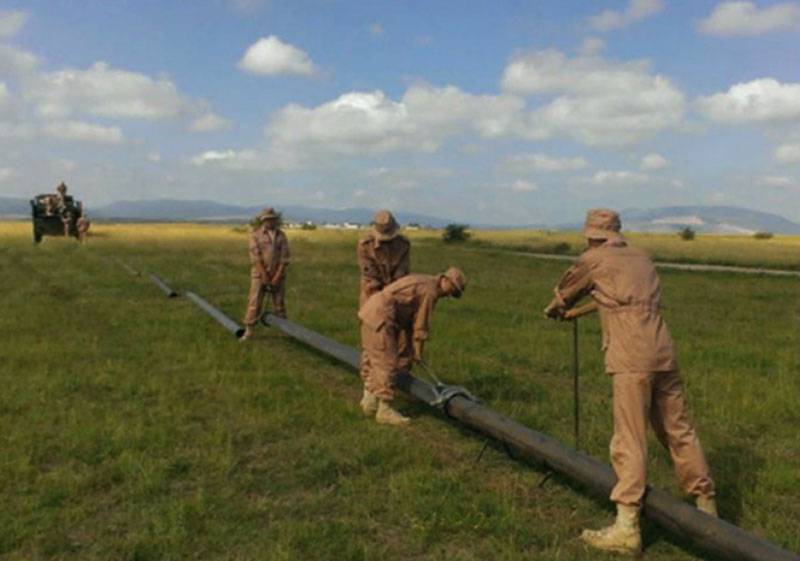 On January 14, 1952, new troops appeared in the USSR Armed Forces, called pipeline troops. In this regard, it is on January 14 that the servicemen of these troops celebrate their professional holiday.


In fact, история pipeline troops began long before 1952. The fact is that the transportation of fuel and lubricants, fresh water required the appearance of special units in the troops against the background of the development of motorized formations in the USSR Armed Forces.

The transportation of fuels and lubricants exclusively by fuel trucks was not always possible, often the landscape or the remoteness of certain garrisons from the main transport arteries played a special role.

That is why, back in the early 1930s, it was decided to create collapsible pipelines that could be used for the needs of the Red Army. And already in 1937, servicemen of the Far Eastern Army of the Red Army were involved in laying the first collapsible pipeline. It was on the Suifun River (now the Razdolnaya River in the Primorsky Territory of the Russian Federation). The width of the river at the time of the exercise in the selected area exceeded 100 m. At the same time, an additional problem was the fact that the river has rather steep banks - up to 5 meters high. However, the task of laying the pipeline by the troops was completed, and the fuel went through the pipeline on time.

A special role was played by pipeline formations, which at that time were not separate troops, during the Great Patriotic War.

Perhaps one of the landmark operations during the Second World War was the operation to create an almost 30-km pipeline in the direction of Leningrad in the fall of 1941. The main part of the pipeline ran along the bottom of Lake Ladoga. The work was completed in over 8 weeks, which initially seemed almost unbelievable. The soldiers of the pipeline units operated in extremely difficult conditions, and also under constant shelling from the enemy. It is difficult to overestimate the laying of the pipeline to Leningrad. This artery supplied fuel not only to the troops under siege, but also to many civilian objects.

Today, pipeline troops continue to carry out important tasks related to the creation of pipelines in a wide variety of territories. For example, during a special tactical exercise, the pipeline battalion of the Southern Military District supplied fuel to the troops in the mountainous regions of Stavropol. During the exercise, the tasks of restoring supply after the blowing up of a section of the pipeline by a conventional sabotage group were worked out. Servicemen of the pipeline troops entered the battle, carried out the liquidation of the conditional DRG, liquidated the fire that had arisen in the pipeline section, and then restored the supply of fuel to the troops.

It is well known that the pipeline troops are involved in establishing a water supply system for the Crimean Peninsula. Crimeans are experiencing difficulties with sufficient volumes of fresh water due to the blocking of the North Crimean Canal by Ukraine. Thanks to the actions of the pipeline units, the task of supplying water to certain territories of Crimea was partially solved.

Today "Voennoye Obozreniye" congratulates the servicemen of the pipeline troops on their professional holiday.