"Medal for the City of Washington": the United States can become the territory of not only civil war, but also foreign intervention 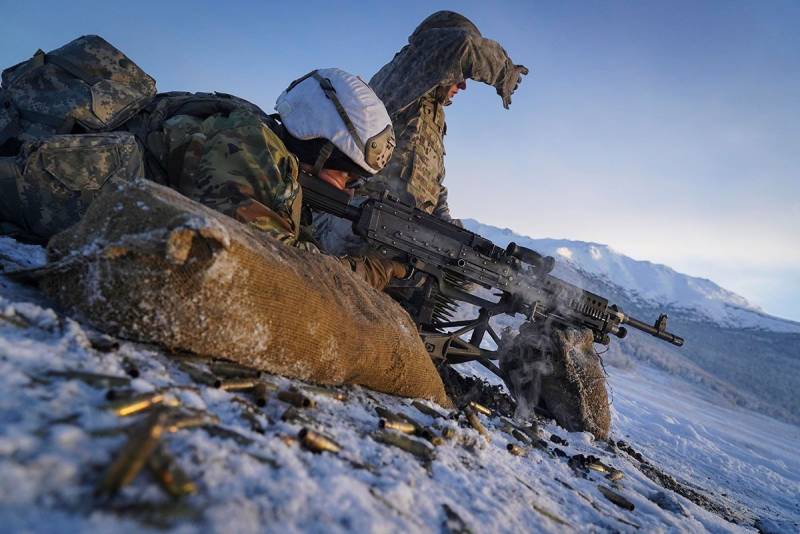 For more than a century and a half, the United States has not fought on its own territory - this is an axiom. On the other hand, the local Capitol did not know any attempts at a violent takeover (all the more successful), and even longer - all 200 years. Joe Biden, perhaps, will become almost the only one in stories country by the president, whose inauguration will take place behind a dense ring of not policemen, but army cordons - after all, FBI operatives in all seriousness promise "outbreaks of armed violence" on this day. Moreover, in a state of emergency.


Nobody in the world even tries to deny that our overseas "friends" have come close to the brink of civil war.

In battles of what scale such a confrontation can result in where the houses of the inhabitants are literally overcrowded weapons, and hearts - with hatred and mutual claims is difficult to predict. The main question here is what position will be taken by the US armed forces, whose command is now trying to distance themselves as much as possible from the ongoing fierce confrontation. But what will the generals do when it becomes simply impossible to continue the "ostrich" policy?

The main horror of the new civil war in the United States is that, unlike the battles 150 years ago, in which supporters and opponents of slavery, representatives of the patriarchal agricultural South and the "progressive" industrial North converged, in the current whirlwind, most likely there will be no clear sides - neither "whites" with reds, nor "southerners" with "northerners". It will be a war of all against all, where people of different political leanings or skin colors will destroy each other, as well as simply those who are obsessed with a passion for destroying everything and everyone. Such battles can last as long as you like, because there are no winners in them. 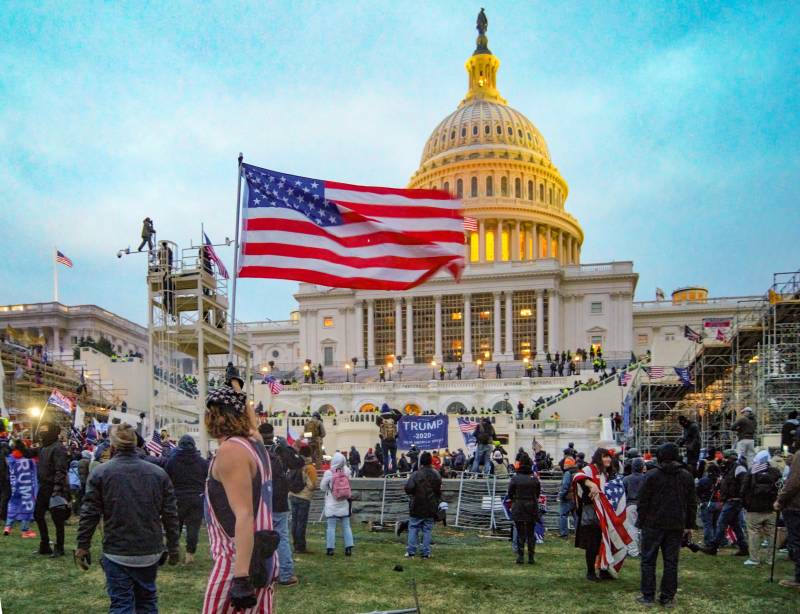 In the event that an internal conflict in the United States nevertheless breaks out, it may very quickly outgrow the stage of local skirmishes and "local battles", which the National Guard and the army, subordinate to some single command, will be able to stop. And if it comes to the disintegration of the state into separate states or their confederations, then the question of external military intervention will very quickly move from the realm of fantasy and hypothetical assumptions into a very real plane.

The United States and its inhabitants will have to "thank" for this just ... their own military might. Leave in the hands of tearing apart a huge country, dividing its power and resources of groups and clans, huge stocks of weapons of mass destruction, accumulated overseas over the past decades? It is unlikely that this will be a reasonable decision - rather, suicidal for all of humanity. Foreign armies can land where their soldiers have never set foot, not because of the desire to destroy the United States (no matter how strong it may be for many political and military leaders of our world), but rather, trying to prevent the dying one from hegemon ”in his death throes did not destroy the entire planet. In such a situation, the United States is in danger of becoming a territory not only of civil war, but also of foreign military intervention. And there it is not far before the appearance of the "medal for the city of Washington" ...

Is it technically possible (intervention in the US)? Quite. The last serious plans for intervention in the United States were made during World War II, when the ocean expanses separating the American continent from the Old World were an insurmountable distance. All the more so - in the conditions of the need to break through them and land on enemy territory with battle. Modern military transport technologies make it possible to carry out a fairly quick transfer to distant shores of contingents sufficient to seize bridgeheads and deploy logistics chains for the redeployment of military forces.

If such a decision is made, it is likely that a preemptive strike will be delivered against air defense systems, air force bases and military fleet The United States or whatever remains of them at the start of the invasion, and this can be done without the use of nuclear warheads - why unnecessary casualties and destruction ... And no one will provoke the Americans to retaliate atomic strike either.

Technically this is, again, absolutely real. Recently, it is not in vain that Washington has shown concern about the deployment of our country in the Far North, in the Arctic zone, of the most advanced missile weapons, including hypersonic ones. And this is just one point from which, if necessary, we will "get" them guaranteed.

"But does NATO exist?" - you might remind. Of course ... As long as the United States is at the head of this bloc. In the event of their collapse, numerous allies in the North Atlantic alliance will have more than enough problems with the American military bases located on their territories. They probably won't even think of putting things in order on the territory of the former "big brother". And, to be honest, the scale of forces is not the same.

However, these are already particulars and subtleties. The main thing is that the United States, having shown the whole world its own weakness and internal vulnerability, indeed for the first time in many centuries, gave rise to really seriously begin to consider its territory as a potential theater of military operations.

Ctrl Enter
Noticed oshЫbku Highlight text and press. Ctrl + Enter
We are
A great interview with Sergey Lavrov: about Ukraine, Obama and IranWhat you didn't want to know about England
Military Reviewin Yandex News
Military Reviewin Google News
147 comments
Information
Dear reader, to leave comments on the publication, you must sign in.