British mini revolution: the F-35 rocket could be game-changing 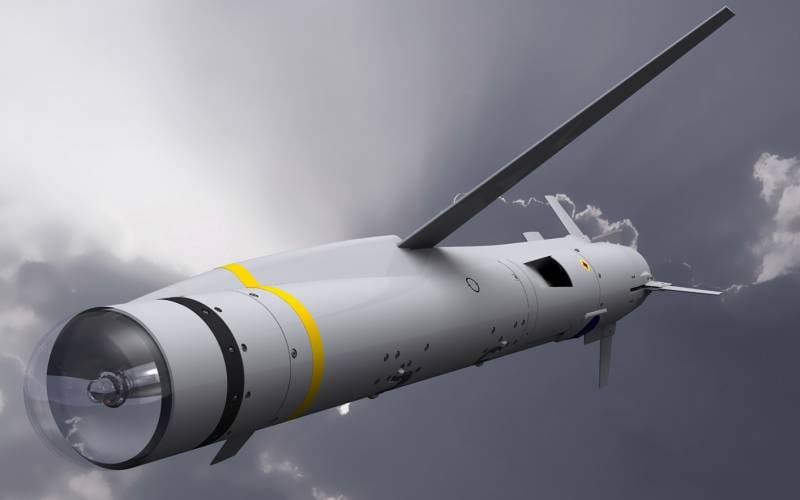 Remained in the lead

Achievements of Western countries in the field of development aviation means of destruction once again prove one simple truth: the future belongs to the miniaturization of the ASP. Bulky rockets are gradually becoming a thing of the past. They are replaced by weapon, in which the relatively low mass of the warhead is compensated by the highest accuracy. Together with a large number of such ammunition, this makes it possible to solve, if not all, then very many of the tasks facing combat aviation.

This is indirectly confirmed by the recent conflict in Nagorno-Karabakh, which showed that it is not at all necessary to use KAB-1500 corrected bombs weighing more than a ton to win. Or, say, the "giant" missiles Kh-59 "Gadfly" (which, however, by virtue of the television command guidance system, are now a frank anachronism. In the basic version, of course). With experience and desire, even small ASPs turn into almost "strategic" weapons capable of deciding the outcome of a war.

We repeat that this is best understood in the West, which is a kind of "trendsetter". Countries such as China, India and Russia are still in the role of catch-up, which is quite natural given the incomparably lower financial capabilities of their military-industrial complex. Although the Chinese will probably correct this shortcoming soon. 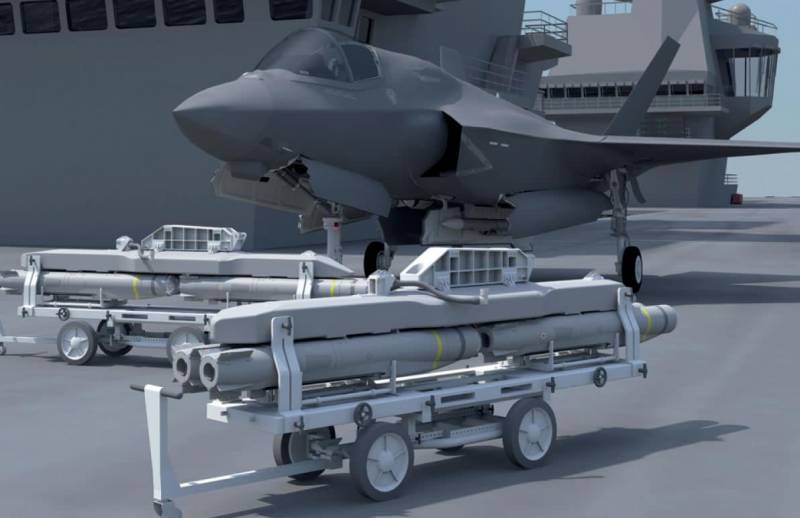 Probably the best demonstration of the rapid development of ASP today is a relatively modest, at first glance, news, which went unnoticed by most of the media.

In early January, the UK Department of Defense announced an agreement with MBDA Corporation for the integration and serial delivery of SPEAR3 cruise missiles for fighters F-35B Lightning II... The number of missiles is unknown.

However, the total contract amount is £ 550 million (US $ 746 million). This allows us to say that we can talk about a fairly large batch. Within 18 months of the signing of the agreement, full-scale tests of SPEAR3 will begin using Eurofighter as the carrier. The start of serial deliveries is scheduled for 2023.

Why is the new product so remarkable? To be honest, it is not something conceptually new. From a technical point of view. However, it embodies almost all the achievements of European gunsmiths of recent decades.

The capabilities of the missile theoretically make it possible to use it with high efficiency against almost all possible targets: stationary and moving, ground and sea.

It is necessary to make a reservation right away that the product still does not pull the role of a full replacement of conventional air-launched anti-ship missiles: the warhead is too small (for fighting large ships).

However, there are some "buts" here too. Due to its small size, one F-35B can theoretically take up to eight such ammunition in its internal compartments: four per compartment. As for the Eurofighter Typhoon, it will be able to take up to sixteen of these missiles. More than a weighty argument. 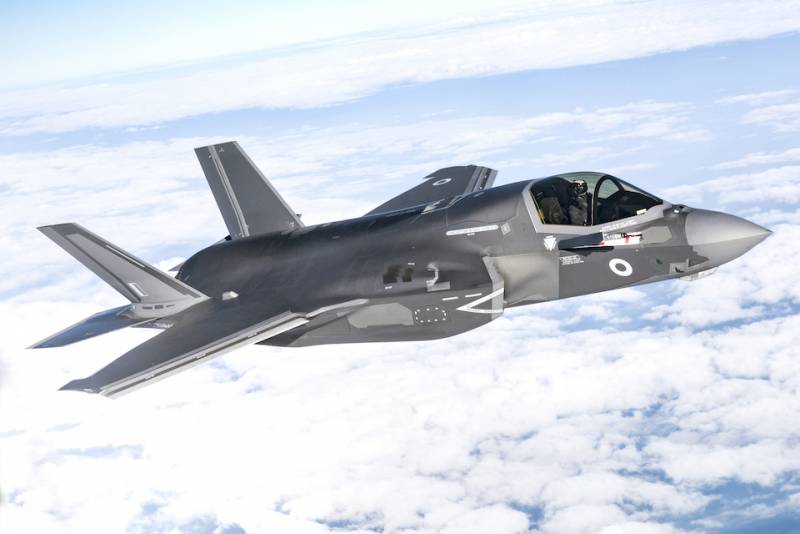 The F-35B is of the greatest interest. There are at least several reasons. First, the internal placement of the SPEAR3 allows the aircraft to maintain its full stealth. Secondly, the newest British aircraft carrier Queen Elizabeth with carrier-based F-35Bs is preparing for its first combat mission, which will take place this year. Recall that in total the UK received two such ships: they will not build any more. The second aircraft carrier, Prince of Wales, entered service last year. 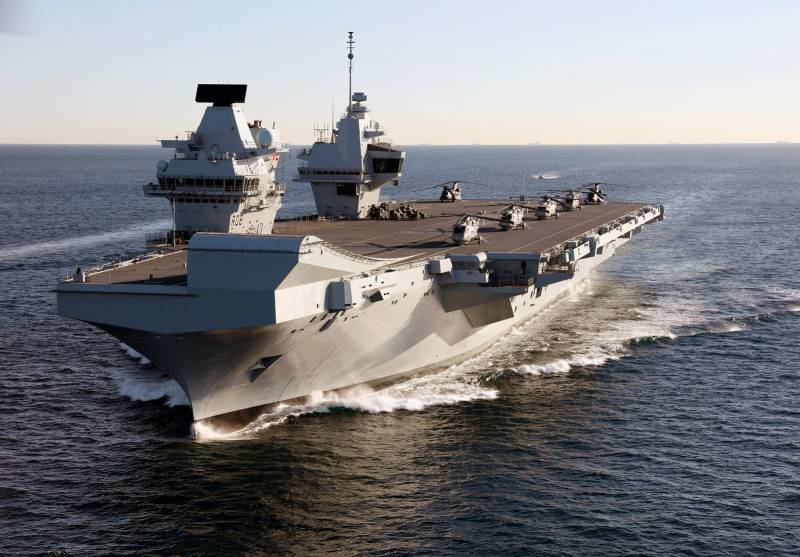 Each such ship can carry up to 40 aircraft. Even taking into account the relatively small combat radius of the F-35B against the background of a "full-fledged" deck, which is approximately 930 kilometers (the F-35C has 1200 kilometers), this is a very serious air group.

We will remind, at different times considered various options for the aircraft carrier. Ultimately, Queen Elizabeth became a relative twin of the Admiral Kuznetsov TAVKR: it differs from classic aircraft carriers by the absence of catapults and aerofinishers.

SPEAR3 is far from the first attempt by the West to make a universal, deadly and at the same time miniature weapon of destruction. In a broad sense, it became a development of the Brimstone rocket, which was adopted back in 2005.

To understand how far technology has advanced, it is enough to recall that the range of the first generation Brimstone was about 20 kilometers, which is roughly comparable to the maximum range of the latest anti-tank guided missiles. Brimstone II has a higher indicator - more than 60 kilometers (according to data from open sources). But this is still infinitely far from the capabilities of SPEAR3.

In general, the new European rocket can safely claim the title of the most advanced ATS of our days. Like its conventional counterpart - the American miniature guided high-precision bomb GBU-53 / B StormBreaker, which until recently seemed to be an almost fantastic weapon. 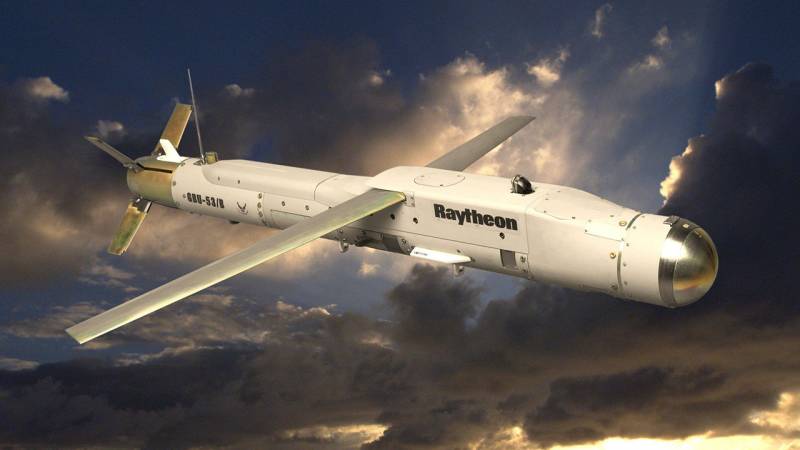 Recall that this ammunition with a mass similar to SPEAR3 (approximately 90 kilograms) has a range of 110 kilometers. The bomb can hit both stationary and moving targets. The internal compartments of the F-35 can accommodate up to eight of these bombs.

Most recently (in the second half of 2020), the GBU-53 / B StormBreaker bomb reached its initial operational readiness stage as an armament for the F-15E fighter-bomber. In the future, other American aircraft will also be able to use it in battle.

"The GBU-53 / B StormBreaker provides virtually unprecedented capabilities to engage sea or ground maneuvering targets at long range and in adverse weather,"

- noted earlier the deputy director of the Center for Analysis of Strategies and Technologies Konstantin Makienko.

It's hard to disagree with a specialist.

Presumably, SPEAR3 can give NATO combat aircraft even higher capabilities due to even greater range and increased flexibility of use.