How will the attempt to use Bayraktars against the surface component of the Black Sea Fleet of the Russian Navy turn out for Kiev? 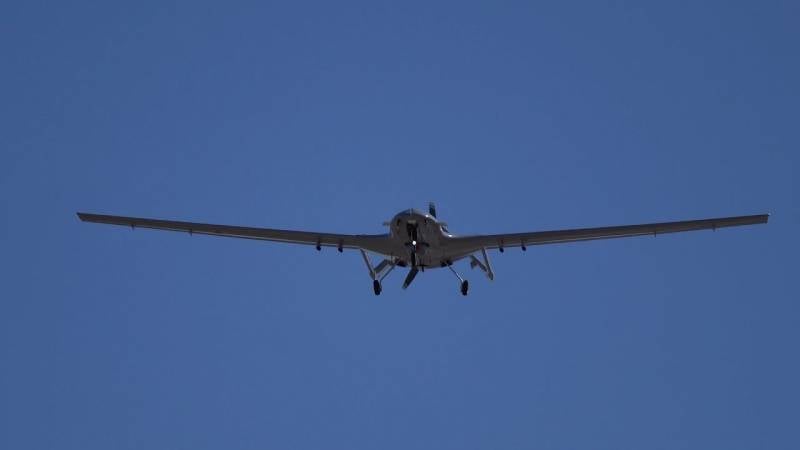 As you know, the very successful use by the Air Force of Azerbaijan in the Karabakh theater of operations of the Turkish attack and reconnaissance UAV "Bayraktar TB2", during the first few days after the start of the next escalation round, brought down several key object and zone-object anti-aircraft "umbrellas" The NKR Defense Army and the Armenian Air Defense Forces made a real sensation, both in the circles of the most Russophobic "hotheads" of the defense department of the "Independent", and in the command of the Ukrainian Navy, which does not have the proper level of competence and foresight.


And, as further monitoring of the media space of the "Nezalezhnaya" showed, the Azerbaijani experience of the combat use of "Bayraktar" was not only mistakenly interpreted by representatives of the Ministry of Defense of Ukraine as a kind of reference method for the use of this type of strike reconnaissance drones in any theaters of military operations.

For our reckless and too aggressive southwestern neighbor, it has turned into a kind of motivational driver in favor of concluding multimillion-dollar deals with Baykar Makina for the purchase of several dozen Bayraktar TB2 UAVs.

And also in favor of developing a concept for the use of Turkish drones against the surface component of the Black Sea fleet Russian Navy (in case of an increase in the degree of tension in the Azov-Black Sea conventional theater of operations).

How will the attempt to use the Bayraktar TB2 UAV end up in possible provocations at the Black Sea theater of operations?

Such an unambiguous conclusion involuntarily suggests itself after a detailed acquaintance with the recent statement of the Commander of the Ukrainian Navy, Oleksiy Neizhpapa, in which the Ukrainian commander announced the start of deliveries of shock-reconnaissance systems based on the Bayraktar TB2 UAV to the Ukrainian Navy in 2021.

According to him, the two top-priority items in the list of tasks of Turkish multipurpose UAVs will be the implementation of optical-electronic, radio-technical and radar reconnaissance (in the latter case, we can talk about a deeply improved modification of the Bayraktar, equipped with an airborne AFAR radar with the implementation of the synthetic aperture mode and interferometric radio reconnaissance antennas) at the Azov-Black Sea theater of operations, as well as support for the actions of the Naval Forces of Ukraine on the coast, in the littoral zone and the waters of the Black and Azov Seas.

It is not difficult to assume that against the backdrop of comprehensive operational and strategic support for the "square" from London and Washington (including the upcoming construction in the port of Odessa and Ochakovo mooring infrastructure for mooring frigates and destroyers of the British Navy, as well as the operational base of the US Navy), under the second point in the list of tasks for the purchased "Bayraktar" may well hide direct participation in the traditional for Kiev "power dives" with patrol boats guard boats of the FSB PS of Russia and provocations with "breakthroughs" through the Kerch Strait.

Moreover, the soil for such provocations became much more fertile after the Verkhovna Rada ratified Bill No. 8361 "On the Adjacent Zone of Ukraine", which provides for the expansion of the controlled zone of the high seas (adjacent to the territorial waters of the "Square") from 12 to 24 miles.

And here a completely logical question arises: what are the nature and degree of threats posed to the FSB security guard and the surface component of the Black Sea Fleet of the Russian Navy from the units or squadrons of the "naval" "Bayraktar TB2" of the Ukrainian Navy?

Thus, having a relatively small RCS (about 0,2–0,3 sq. M.) And loitering in Ukrainian or neutral airspace over the western part of the Black Sea, the Bayraktar TB2 strike-reconnaissance drones are quite capable of locating the boats of the FSB PS and surface ships of the Black Sea Fleet of the Russian Navy either by means of turret multispectral optoelectronic complexes MX-15D WESCAM (in a favorable meteorological situation at a distance of about 100 km), or by means of on-board radio and electronic reconnaissance systems (based on the radiation of general ship radars "Fregat-M2M", "Positive М1.2 "or communication systems and tactical information exchange).

Then, target designation can be carried out by the coastal SCRC RK-360MTs "Neptune" that has entered combat duty with the final launches of the R-360 anti-ship missile system.

Meanwhile, the protected radio channels used by the Bayraktar in the course of target designation for the exchange of tactical information with ground combat control points or the PBU of the anti-ship battalions of the Neptune SCRC will turn the drones into radio-emitting sources, which can be successfully guided by the airborne RTR / RER means of the Russian Aerospace Forces.

After that, to intercept the drones, either the Su-35S multifunctional fighters and the MiG-31BM interceptors, or the long-range 9M82MV missiles deployed on the territory of the Republic of Crimea of ​​the S-300V4 anti-aircraft missile systems, launched on target designation, can be used.

Equally promptly (by emitting terminals for the exchange of tactical information with Bayraktars in the air), the RTR / RER of the Russian Aerospace Forces will also detect drones combat control points. After that, Iskander-M will strike at them.

And this is not to mention the fact that in the case of an echelon of 1900-2000 m in the airspace of the "square" over the Odessa region, "Bayraktars" will automatically appear within the radio horizon of the illumination and guidance radars 92Н6Е and 9С32М4 of the S-400 "Triumph "And S-300V4. This means that they can be intercepted by these systems even without the involvement of third-party target designation means.

Apparently, being in an insane euphoria from Western support, Ukrainian military "experts" are still far from understanding that the above-mentioned illumination radars based on PFAR have a much higher energy potential (they can detect a Bayraktar-type target at a distance of 200 250 km), noise immunity and sensitivity of the receiving paths than the 35 / 36D6 radar detectors of early modifications, unfortunately, unsuccessfully used by the Armenian air defense forces (as part of the S-300PT / PS air defense system) against the Azerbaijani Bayraktars.

Naturally, in the situation described above, there can be no question of any Ukrainian Bayraktar launching MAM-L guided munitions and L-UMTAS anti-tank guided missiles against FSB FSB patrol boats and surface ships of the Black Sea Fleet.

Since the carriers of the first will be destroyed at a distance of about 100-150 km from the western coast of Crimea.

As for the launched subsonic anti-ship missiles R-360 "Neptune", the low maneuverability and EPR of the order of 0,2 sq. m will turn them into excellent targets not only for ship-borne medium-range air defense systems "Shtil-1" (deployed on frigates of the "Admiral's series" pr. 11356R "Burevestnik"), but also for turret air defense systems of self-defense "Gibka-R" (placed on small missile ships pr. 21631 "Buyan-M").