State and prospects of the aviation industry in Ukraine 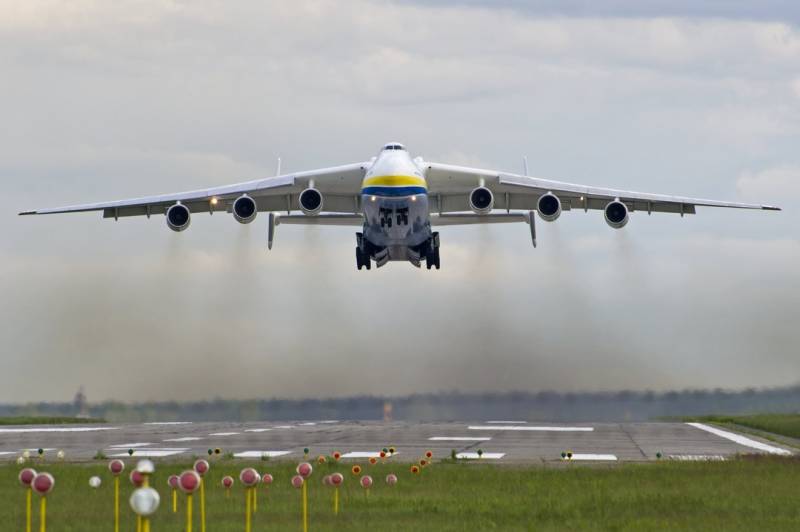 The only An-225. There will be no second car of this type

As a result of the collapse of the USSR, independent Ukraine received a large number of aircraft building and aircraft repair enterprises, as well as manufacturers of components for aircraft construction. However, the new country failed to competently dispose of the developed aircraft industry, which led to disastrous consequences. The aviation industry of Ukraine has not handed over new aircraft to customers for several years, although the situation may change in the future.

Directly to the aircraft industry in Ukraine is approx. 20 companies and enterprises. Several dozen more organizations can participate in production processes as a supplier of components and assemblies. Prior to the well-known events of the middle of the decade, there was developed cooperation with Russian enterprises, which was of decisive importance.

The most difficult tasks in the form of full-fledged production aviation technicians can only solve a few organizations. First of all, this is the state enterprise "Antonov", which includes its own design bureau and a serial plant in Kiev. Serial production of some samples was carried out at the Kharkov State Aviation Production Enterprise. Also among the manufacturers can be mentioned the Kiev company Aeroprakt, which builds ultralight aircraft.

We have our own school of engine building. The development and production of aircraft power plants is carried out by Progness and Motor Sich. The latter includes a number of enterprises of various profiles in several cities. These are factories that produce engines and units for them, as well as repair companies. 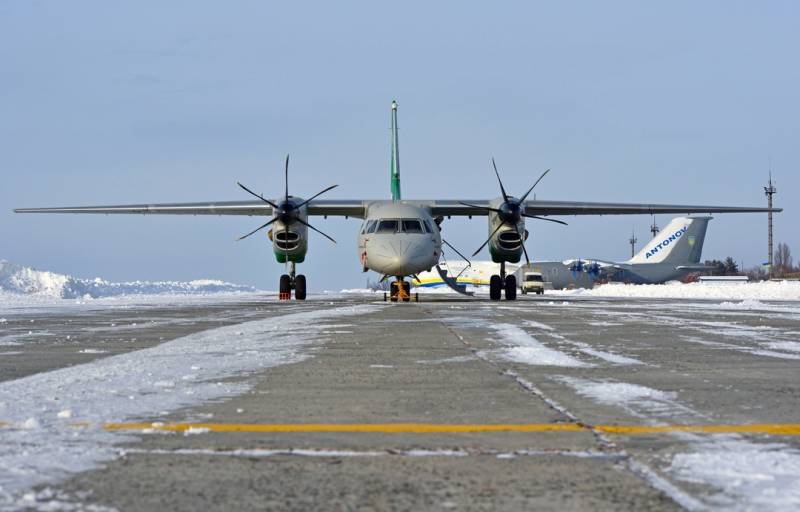 An-132 - a modern version of the old An-32
In one way or another, about a dozen repair factories were preserved. Most of them specialize in aircraft maintenance. The factories in Vinnitsa and Konotop carry out repairs of helicopters, and Lutsk "Motor" is responsible for the restoration of engines.

In theory and in practice, enterprises of the Ukrainian aviation industry are capable of producing a fairly wide range of products. Several types of transport and passenger aircraft are offered to potential customers. Recently, the range has been expanded with several options for modernizing old helicopters and a number of UAV projects.

Over the past few years, the possibility of restoring the production of heavy transport aircraft An-124 and An-225 has been discussed, but there is no further talk. At the present time, such a project is simply beyond the power of Ukraine, even if there is a working cooperation with third countries. It is also impossible to develop and launch production of fundamentally new combat aircraft for tactical aviation. Ukrainian industry does not have the necessary experience and cannot count on full assistance from outside. 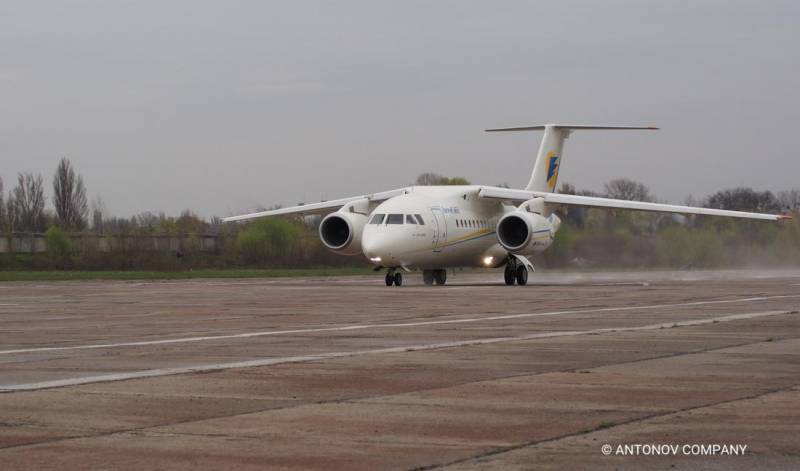 An-148. The most successful modern development of Antonov
The real part of the product range includes only a few aircraft models. These are late modifications of the transport An-74 and the multipurpose An-132, created on the basis of the old An-32. In addition, the workshops can leave the cargo-passenger An-140, the short-haul passenger An-148, as well as its "derivatives" in the form of the An-158 and An-178 - all of a relatively new development.

All of these types of aircraft can be built at the Antonov plant. Various modifications of An-74 and serial An-140 were produced by the Kharkov aircraft plant. In addition, he collected components for other equipment. If there are orders, two enterprises are able to resume production and deliver finished products within a reasonable time.

The situation in the engine building is conducive to restrained optimism. The factories of Motor Sich are capable of producing various models of engines for aircraft and helicopters, auxiliary power plants, ground power plants, etc. Motor builders regularly receive orders for their products from domestic customers and foreign organizations, which keeps them afloat. However, there are various problems.

The main problem of the Ukrainian aviation industry in recent years is the chronic lack of orders. The consequence of this is an insufficient level of income of enterprises. Because of this, they cannot carry out a full-fledged modernization of production facilities, and often face problems while maintaining them at the required level. In addition, there are problems with the development of new projects, which, with successful development, could bring new income. 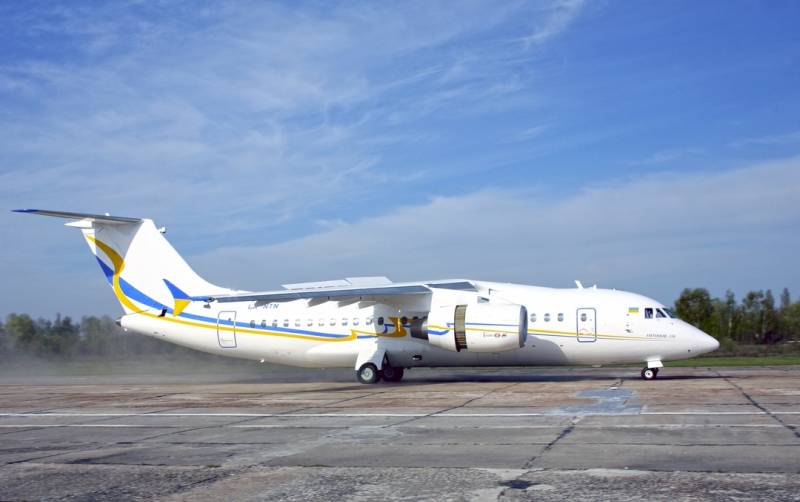 Short-haul passenger An-158
Several years ago, the Ukrainian leadership ordered the severing of cooperation with Russian enterprises, which led to critical consequences. The lack of components from Russia actually stopped the production of all major types of equipment. Attempts to create new modifications of the An-148 or An-158 airplanes have encountered obvious difficulties and have not yet yielded all the desired results.

The consequences of "natural" processes of destruction of industry and dubious decisions of the country's leadership are well known. The last production aircraft of the An brand was delivered to the customer back in 2015. The next aircraft can be delivered to the customer not earlier than this year. In the future, the construction and delivery of new aircraft is expected - but again in small quantities.

The problems of the Ukrainian aircraft industry are well known, and the ways to deal with them are obvious. Earlier attempts were made to save the industry, but they were sporadic. Now the industry has reason to be optimistic. At the end of last year, President Volodymyr Zelensky instructed to develop a program for the development of the aviation industry until 2030, as well as to take other various measures. Whether it will be possible to create and, more importantly, to implement such a program is a big question.

Obviously, orders for new aircraft should become the main measure of support from the state. They need to be purchased for the armed forces and other structures, the state of the fleet of which is far from ideal. It should be noted that in Kiev they understood the need for such measures, and since 2015-16. the possibility of purchasing new military transport aircraft was discussed. 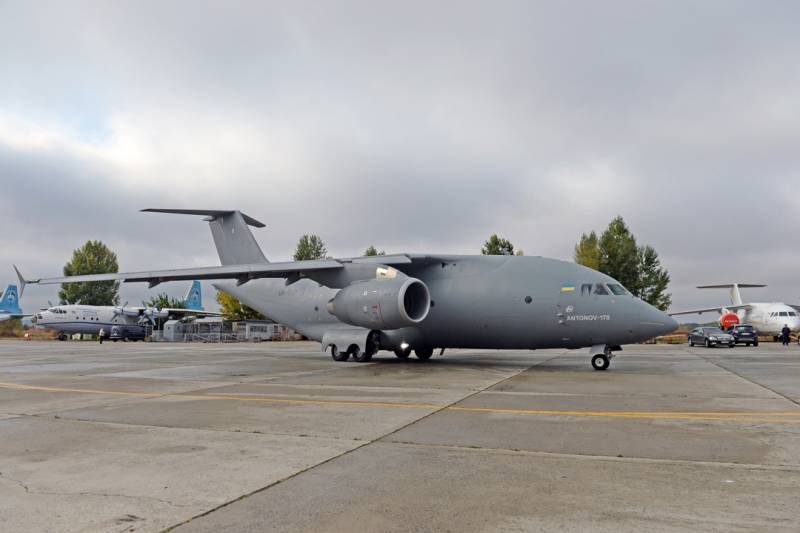 Experienced An-178. Such machines were ordered last year
The real contract appeared only at the end of last year. It provides for the supply of three An-178Ts for the Air Force. It is not known how soon new orders for this or that equipment will appear - and whether they will appear at all. The construction of three aircraft will not even be enough to support the industry, let alone create a foundation for its development.

Numerous private airlines could contribute to the maintenance and development of the industry. However, due to general economic problems and their own difficulties, they are unable to order planes even in minimal quantities. Perhaps the future industrial development plan will include some measures to support carriers so that they can provide factories with orders.

For several decades of independence, Ukraine was unable to maintain the potential of the aviation industry that it inherited. There was no talk of further development and growth of indicators. A number of objective reasons, lack of political will on the part of the country's leadership and various corruption processes have led to certain results.

Over the past few years, there has been talk of reviving the aircraft industry and launching the production of new aircraft. Now the Ukrainian leadership even plans to develop a whole program for the restoration of the industry. Whether it will be possible to create and implement it, restore and modernize enterprises is a big question. And so far there is no reason to believe that the answer will be positive. The tasks set are too difficult, and Ukraine is too weak to solve them.

Ctrl Enter
Noticed oshЫbku Highlight text and press. Ctrl + Enter
We are
Memo to mercenaries in AfricaTurkey vs Syria: the balance of power
Military Reviewin Yandex News
Military Reviewin Google News
78 comments
Information
Dear reader, to leave comments on the publication, you must sign in.