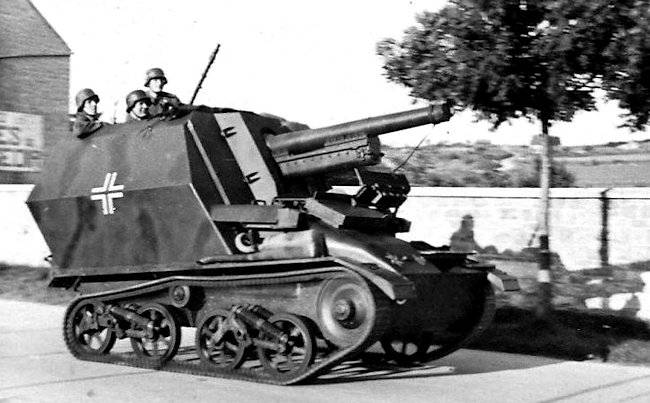 Having found a mention of this artillery system, I was surprised no less than the Red Army men who discovered destroyed vehicles near Leningrad in 1942. Our soldiers have seen the German and Czech "menagerie" in their sights more than once, but here ...


But let's start in order.

As you know, in 1940, British units were urgently evacuated from Dunkirk, throwing weapon and ammunition. And even heavy equipment and even more so.

So at the disposal of the Wehrmacht were samples of British tanks, which the leadership of the panzerwaffe did not interest. But Captain Becker drew attention to one of these samples - the MK VI light tank. Then he was the commander of the 12th battery of the 227th artillery regiment of the 227th infantry division.

As a mechanical engineer by training, Becker quickly realized that after dismantling a rather large turret with useless machine gun armament from the MK VI, a good chassis for a howitzer could be obtained.

Let us recall what this initial sample was. 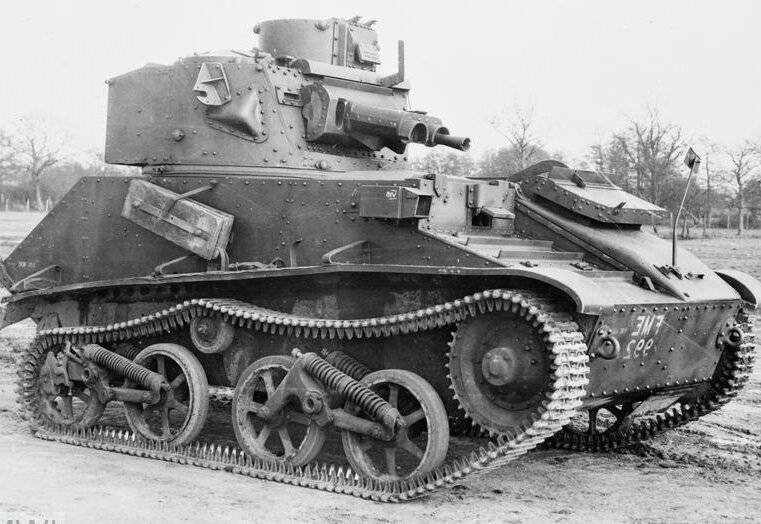 The MK VI light tank was mass-produced in Great Britain from 1936 to 1940. It had a mass of 5 tons, armor from 3 to 14 mm, armament from a pair of large-caliber machine guns and rifle caliber, as well as an enviable mobility of 58 km per hour.

1285 units were produced. But the cars did not enjoy much love among the crews.

So, having looked after the abandoned tanks, Becker set to work.

The tower and some extra equipment were dismantled. The resulting opening was enlarged and a 105 mm leFH 16 field howitzer was mounted in it. All this was fenced off with an armored wheelhouse partially open from above and behind.

It turned out rough, but roomy. In front, the crew was covered by 22-mm armor, from the sides - 15-mm. At that time, it was not even bad.

The mass of the new howitzer has grown to 6,5 tons.

But the speed dropped slightly. Different sources mention 40 and 50 km per hour.

The crew consisted of 4 people: commander, gunner, loader and driver. 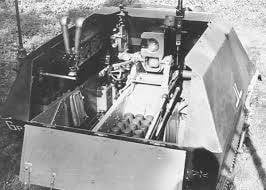 The car passed the tests successfully. And the go-ahead was given to recycle several more machines.

In total, 12 copies were converted. The first six were assigned to the freelance battery number 15 of the same 227th regiment.

But Becker and his subordinates were not destined to bask for long on the coast of France.

After the attack of Hitler's Germany on the USSR and the failure of the Barbarossa plan, Army Group Sever, stuck near Leningrad, demanded reinforcements. And the 227th division was transferred to the northwest of the Soviet Union.

From October 15, the battery arrives near Ladoga. And already on the 23rd, it enters the hostilities, firing more than 200 shells.

Then the command tries to use the improvised self-propelled guns as assault weapons. But the debut was not successful - the loss was four wounded, including Captain Becker.

On November 11, the first platoon of the 15th battery entered battle with Soviet tanks near the village of Khotovskaya Gorka.

One SPG received 16 hits, but without a single penetration. Apparently, due to the fact that the opponents were Soviet light tanks T-40, the armament of which was a large-caliber machine gun. The losses of the Soviet side amounted to two tanks.

November 15, a new attempt to use the ACS in the advancing order. And again the losses - three killed. One gun was damaged, later repaired and put into operation.

During the month of fighting, the battery used up more than 1300 rounds. The car was rated high. Good maneuverability and reliability of the ACS were noted. 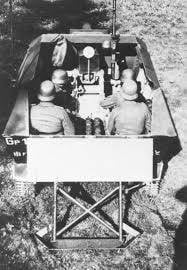 Well, and then began the decline of the short career of self-propelled guns of Captain Becker.

On February 16, the battery's guns took part in repelling the offensive of the 54th Army.

German self-propelled guns collided with heavy KV tanks. And an unpleasant surprise was the realization that armor-piercing 105-mm howitzers were powerless against well-armored tanks.

The losses of cars grew.

And, despite the repairs, by August 27, when the offensive of the Volkhov Front began, the 15th battery was left with only two combat-ready guns.

One self-propelled gun was sent to reinforce units piercing the corridor to the semi-encircled 366 infantry regiment. And there she was shot from the PTR.

The second SPG was sent to cover one of the supply routes. And it was knocked out by tankmen of the 98th tank brigade.

The fate of six more self-propelled guns could not be traced.

Perhaps they have perished ingloriously in the vast expanses of the Soviet Union.

Or maybe they burned down somewhere in Normandy? 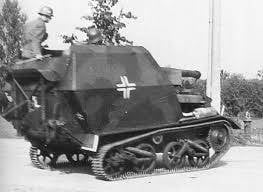