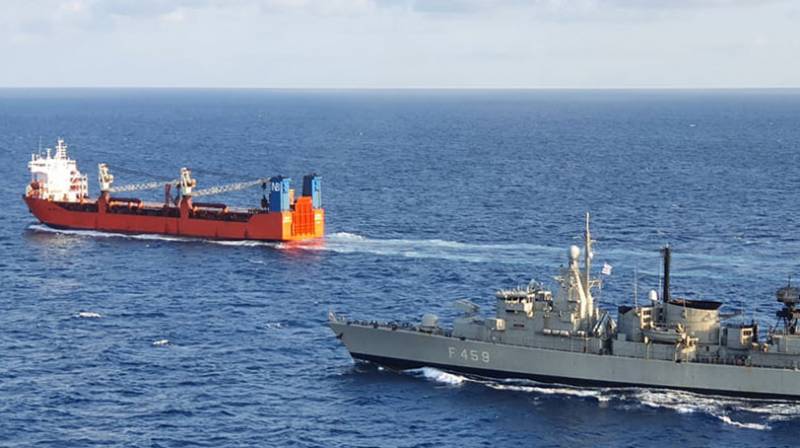 Foreign accounts associated with NATO's naval operations are posting information about an event with a Russian merchant ship in the Mediterranean. We are talking about the dry cargo ship "Adler", on which NATO sailors have landed. The initial publication raised many questions, including the question of what the landing of the NATO military on a Russian civilian ship could mean.


According to the EUNAVFOR MED IRINI mission account, the sailors disembarked on a merchant ship in the format of a "friendly visit". These are the sailors of the Greek Navy. They explained what had happened.

Greek flagship fleet made a friendly approach to the merchant ship "Adler". Missions of this kind by ships in the Mediterranean are carried out in cooperation with trade and transport companies in order to discourage illegal trade and to improve navigation. What is a friendly approach? It is a well-known activity in maritime operations with a visit to a friendly ship. The commander of a naval ship and the captain of a merchant ship exchange data and advice on choosing the most optimal vessel route. This is useful for both the warship and the merchant ship, as both get more information about the traffic in the Mediterranean.
Landing on the dry cargo ship "Adler" was carried out using a deck helicopter. This can be seen from the presented photos: 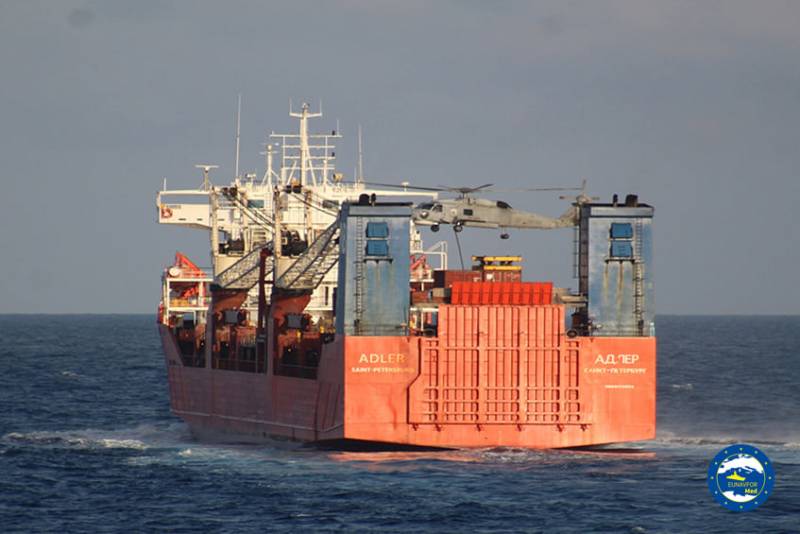 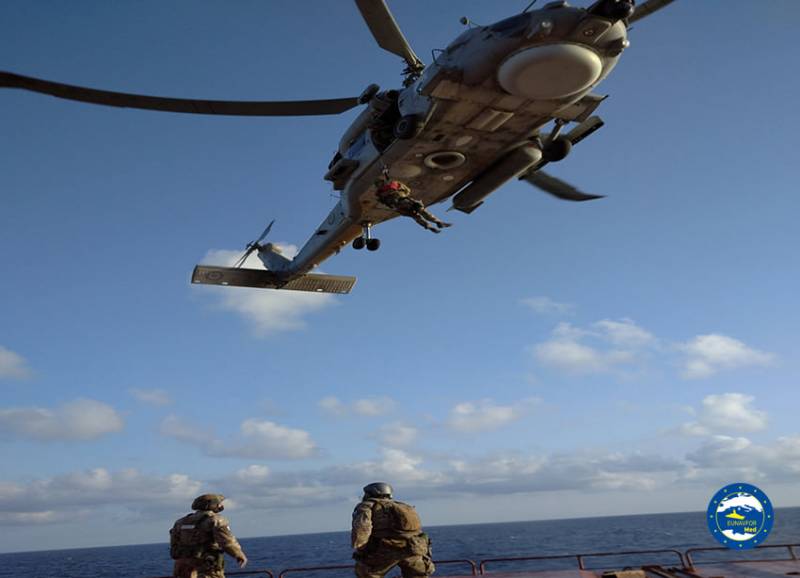 After the exchange of data, the Greek military and Russian sailors of the merchant ship went on deck for a joint photo - with the flags of their states. Moreover, in the hands of the Greek "military inspectors", in addition to the flag of Greece, there is also the EU flag. 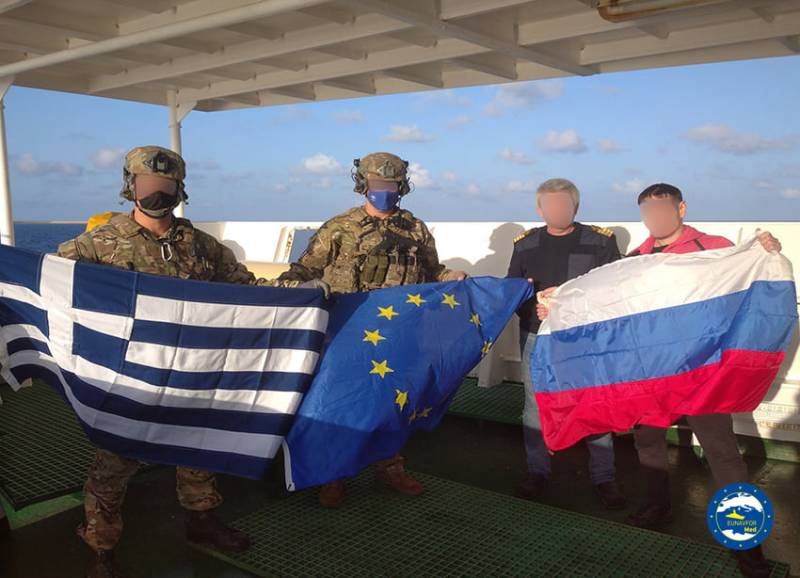 It is strange that the faces in the photo (even the faces of Russian civilian sailors) are retouched.