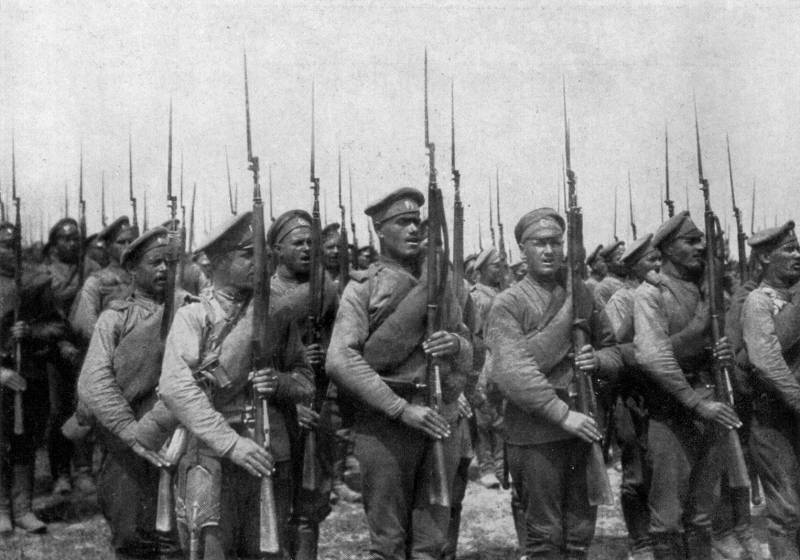 The famous expression of Alexander Suvorov about the stupidity of the bullet and the youthfulness of the bayonet is known, of course, to everyone. And how was this most steel and deadly "fellow" born? How has it changed and evolved over the centuries of its use on battlefields around the world?

With the appearance in the arsenal of medieval infantrymen of the first samples of firearms weapons, which forced the musketeers and fusiliers to hand over their usual pikes and other samples of long edged weapons to warehouses, the question arose of what should they do if the trigger was pulled, and the advancing enemy did not think to die? Let me remind you that the procedure for loading the then samples of fire was so complicated, laborious and time-consuming that an enemy armed with a saber could easily chop a shooter into a cabbage long before it was over. Especially if, at the same time, he was sitting on a frisky horse ...

With what their creators did not try to cross the first guns! Attached to their muzzles, axes (and similar chopping blades) turned the weapon into some monstrous semblance of a halberd, not suitable for either shooting or melee.

The matter was resolved when someone came up with the idea of ​​simply shoving the most ordinary dagger with a handle of a suitable diameter into the barrel of a musket. Either it was a gunsmith from the city of Bayonne, or (according to other versions) it happened during a battle near this settlement ... One way or another, but the first prototypes of bayonets were called "bayonet", which was later transformed into "baguette".

At the same time, the first version most likely corresponds to the truth. Since the bayonets were originally an attribute of hunting equipment. They were applied as

in a fight with a large beast, which had to be tried to keep at a distance. And only after that they appeared in the army.

A role here was played by the fact that the first samples, for example, of muskets were so heavy that they were not suitable for hand-to-hand combat. However, with a blade inserted into the barrel, they allowed the infantry formation to repel a cavalry attack, which was previously stopped by exceptionally long pikes.

The first massive use of bayonets in the army dates back to about the second half of the XNUMXth century.

Time passed, firearms were improved, they became lighter and more convenient. Its loading time was reduced to such limits, which the musketeers could not even dream of. But the bayonet was still there.

At the same time, the most, perhaps, serious change took place in its design - a tube with a slot appeared, which made it possible not to drive a bayonet into the barrel of a weapon, but to put it on over it. From that moment on, the bayonet ceased to be a hindrance to shooting. And in many armies of the world, he was constantly in arms, especially in a combat situation.

To this day, there are disputes over which of the bayonets is more effective - ours, Russian, needle type (such bayonets could have three or four edges, or a T-shaped section)? Or is it still widespread in the armed forces of Europe, USA, Japan

You can argue here endlessly.

A bayonet, which can be used not only for stabbing, but also for cutting and even chopping, is of course more versatile. However, in this case, I recommend that you consult with a specialist - any surgeon who will quickly explain to you the difference between the wounds inflicted by each of the mentioned types of bayonets. About the same as with a sword and a rapier: one well-aimed prick - and death ...

In addition, the needle bayonet, which "held out" in our army longer than in all the others (the Nazis were also planted on it!), Was lighter and stronger (with a sufficiently large length) than the blade bayonet. And just the length of the rifle with a bayonet was of critical importance in repelling cavalry attacks.

In European armies, they also began to switch to cleavers under the trunks from the beginning of the nineteenth century (somewhere since the Crimean War), when the cavalry on the battlefield gradually began to lose its importance.

During the First World War, the process of reverse evolution began for bayonets at all - they began to shorten, literally hacking and cutting.

This was forced by the new reality of the war, in which the hottest battles moved from the "clear field" to trenches, trenches, dugouts and city quarters. It was to that time that the birth of the bayonet-knife, familiar to all military men, can be attributed - a shortened version of the blade-type grenade weapon.

The modern bayonet knife is a deadly and truly versatile product. With its help, it is possible to deal with the enemy quietly, both by joining the weapon and using it as a hand-held cold weapon, and to cut the barbed wire or the communication line. You can also open canned food from dry rations at a halt, as well as perform many more useful actions and manipulations in a soldier's life.

Many wiseacres argued that with the advent of modern automatic weapons, the bayonet would disappear from the army's arsenal, as such.

Since 2010, the US Army has officially abandoned it and removed bayonet combat from the compulsory training program for military personnel.

In our army, perhaps, they will never reach such, to put it mildly, ill-considered decisions.

Our bullets are, of course, "smart" now.

But it is not recommended for any of our potential adversaries to find out in practice what exactly the Russian soldier is capable of doing with his enemy in a bayonet attack.

Ctrl Enter
Noticed oshЫbku Highlight text and press. Ctrl + Enter
We are
Chernobyl notebook. Part of 3Congratulations on the 285 anniversary of the birth of the Great Russian commander Alexander Vasilyevich Suvorov!
Military Reviewin Yandex News
Military Reviewin Google News
189 comments
Information
Dear reader, to leave comments on the publication, you must sign in.