Modernization of the Strategic Missile Forces in 2021 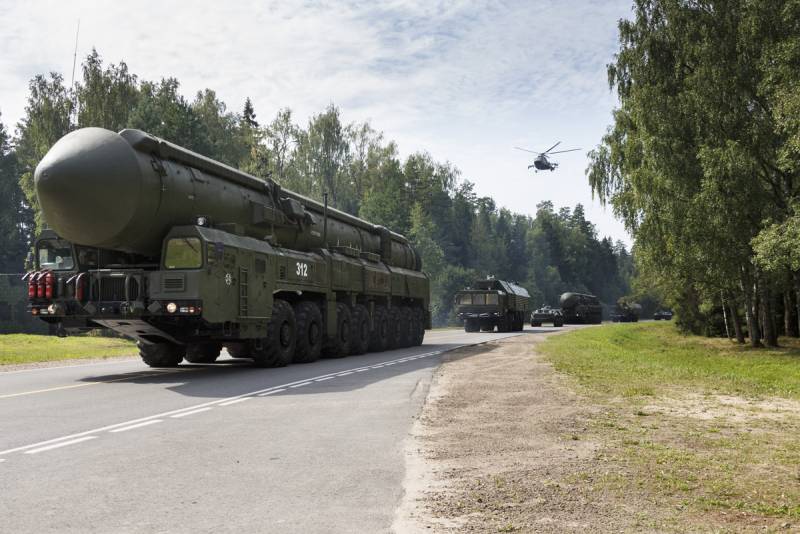 The modernization of the strategic missile forces, which are the basis of our strategic nuclear forces, occupies a special place in the current State Armament Programs. To date, it has been possible to carry out a full-fledged rearmament of the mass of the Strategic Missile Forces units and increase their combat effectiveness. In the coming 2021, these processes will continue and will give a new increase in quantitative and qualitative indicators.

Actual successes in the direction of rearmament of the strategic nuclear forces and the Strategic Missile Forces were announced on December 21 at an expanded meeting of the Collegium of the Ministry of Defense. President Vladimir Putin said that by mid-December, the share of advanced models in the nuclear forces as a whole had reached 86%.

A few days earlier, Krasnaya Zvezda published an interview with the commander-in-chief of the Strategic Missile Forces, Colonel-General Sergei Karakaev. According to him, the share of modern missile weapons in the troops has reached 81%. New plans have been drawn up and adopted for the further modernization of the Strategic Missile Forces, the implementation of which will lead to an additional increase in such indicators. 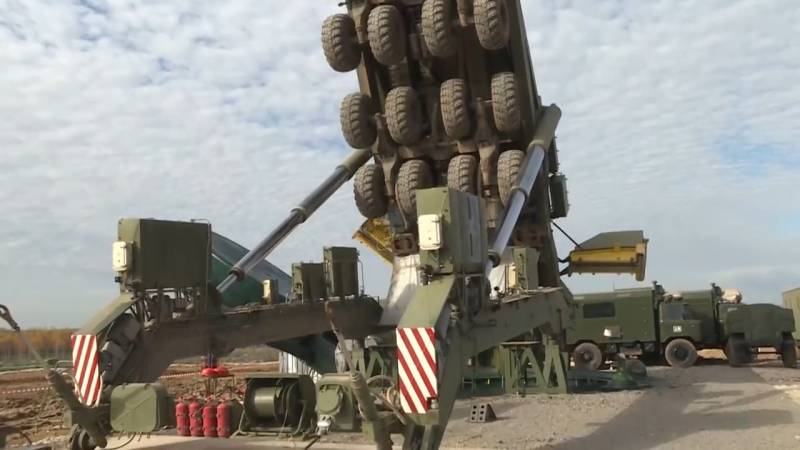 Loading the Yars rocket into the silo launcher of one of the regiments of the Kozelsk formation, January 2021
Plans for the near future are already known. In general, for strategic nuclear forces, the share of modern weapons in 2021 it will be increased to 88,3%. It is obvious that the modernization of the Strategic Missile Forces will make a decisive contribution to obtaining such results. It was reported that by the end of 2021, the missile forces will again increase the share of modern models, although certain systems of old types will remain in service. In addition, the process of replacing equipment and auxiliary systems will continue.

The key element of the Strategic Missile Forces modernization program is the modern Yars missile system in silo and mobile versions. This complex has long gone into series and entered the army, where it replaces the older products of the Topol family. In the near future, the units will completely transfer to the modern Yars - the process of such rearmament has already reached the home stretch. 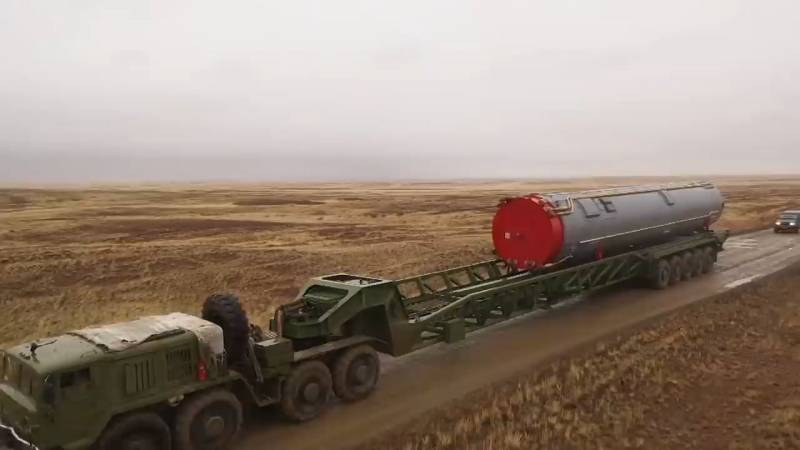 One of the Avangard missiles for the Orenburg division, December 2020
In mid-December, Colonel-General Karakaev recalled that missile regiments from eight divisions were being transferred to Yars. At the same time, rearmament was carried out in five divisions, and the regiments have already taken up duty with new complexes. Three more receive a new material part. The Barnaul and Bologovskoye units of the Strategic Missile Forces abandon the old Topol and switch to the mobile version of Yars, and the Kozelsk division receives a mine-based complex. These processes will be completed in 2021 with understandable consequences for the state of the Strategic Missile Forces.

Earlier it was reported that to date, at least 150 Yars complexes have been delivered to the Strategic Missile Forces in a mobile and mine version; the number of missiles transferred is significantly higher. It is not known how much materiel is needed to complete the rearmament of the regiments of the three remaining divisions. However, the indicated deadlines for the completion of such work show that most of the measures have already been completed, and the bulk of the required products have been accepted by the troops.

In December last year, it became known that two new Avangard missile systems were put on alert. Thanks to this, the total number of deployed complexes reached 4 units. In its current form, the complex is built on the basis of the UR-100N UTTH intercontinental ballistic missile, capable of carrying one hypersonic gliding warhead. 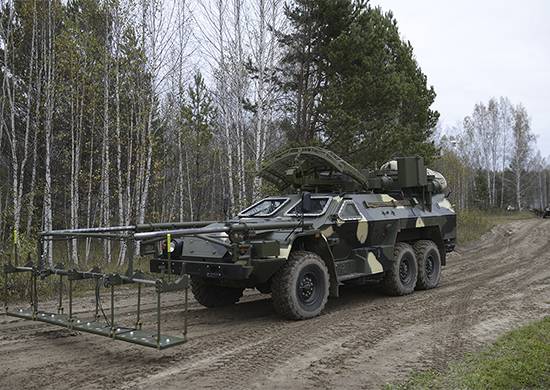 Demining vehicle "Foliage", transferred in 2020 to the Irkutsk missile division
The new "Avangards" belong to one of the regiments of the 13th missile division of the Orenburg Red Banner Strategic Missile Forces. It is already known that in 2021 this regiment will receive and put on duty two more Avangard complexes. This completes its rearmament. In the future, the rearmament of the second regiment of the missile forces will start, on which it is planned to spend several years.

According to the plans of the military department, in the future the Avangard combat unit will be used with the Sarmat heavy ICBM. However, such a complex will be able to enter service only after a few years. To date, throw launches have been carried out, and full flight tests will begin only this year. It takes some time to carry out all the necessary measures, which determines the possible timing of the Sarmat's entry into service - both as an independent weapon and as part of the Avangard complex.

Along with the missile systems, the Strategic Missile Forces are supplied with samples of a number of other classes. First of all, this is the equipment necessary to ensure the watch and patrol of missile systems. The contours of troop control are also being updated. Fundamentally new weapons systems are being introduced to protect against enemy activity. 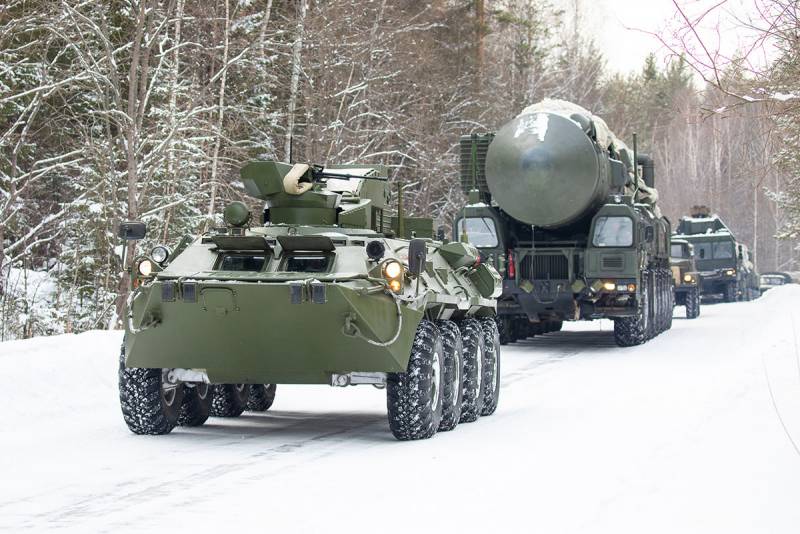 Anti-sabotage vehicle "Typhoon-M" accompanies PGRK on the patrol route
In recent years, regiments equipped with mobile ground-based missile systems have received several pieces of equipment to ensure safe patrolling. These are MIOM engineering support and camouflage vehicles, Typhoons-M anti-sabotage vehicles, Foliage remote mine clearance complex, etc. Not all connections have received such equipment in the required quantities, and its deliveries will continue.

Quantitative indicators of such deliveries have not been specified. At the same time, it is known that in 2019-20. troops received several dozen support vehicles annually. Probably, similar rates of rearmament will continue in 2021, which will allow, in a limited time, to increase the safety of missile systems on duty.

Last year, five missile divisions received a fundamentally new weapon - the Peresvet laser systems. Now these products are in experimental military operation and carry out the suppression of enemy reconnaissance in order to conceal the movements of missile systems. It cannot be ruled out that this year the Strategic Missile Forces will receive new models of "Peresvet", which will cover several more missile regiments. 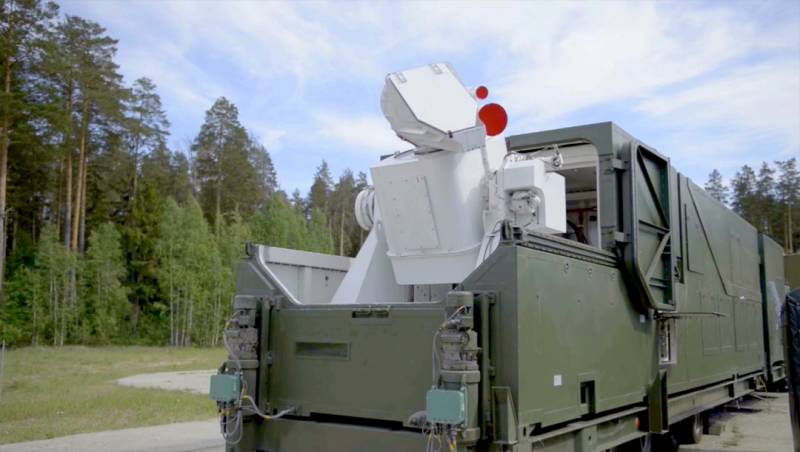 To date, the Strategic Missile Forces and the Strategic Nuclear Forces have achieved record-breaking indicators for the share of modern weapons. At the same time, the Ministry of Defense does not stop there and continues the systematic transfer of missile units to new complexes, and also supplies them with a variety of auxiliary equipment. The gradual introduction of fundamentally new systems, missile and others, is of decisive importance.

However, a complete transition to new models is still a matter of the distant future. The main difficulty in this context is the lack of a ready-made heavy ICBM capable of replacing the cash UR-100N UTTH and R-36M. The new Sarmat complex is expected no earlier than the middle of the decade - and the old missiles will remain on duty until that time. Accordingly, the existing R-36M and UR-100N UTTH will continue to occupy a certain share in the total number of deployed missiles.

In December last year, the degree of novelty of the Strategic Missile Forces' weapons was brought to 81%, and by the end of 2021 this figure needs to be brought to 88,3%. The work and successes of recent years show that obtaining such results is quite realistic. In addition, it should be borne in mind that the modernization of the Strategic Missile Forces will continue further. In the medium term, these processes will make it possible to completely abandon old models and completely switch to modern weapons, which will certainly have a positive impact on national security.

Ctrl Enter
Noticed oshЫbku Highlight text and press. Ctrl + Enter
We are
The evolution of the nuclear triad: generalized composition of the strategic nuclear forces of the Russian Federation in the medium termArmed forces of Russia. 2016 Results of the Year
Military Reviewin Yandex News
Military Reviewin Google News
61 comment
Ad