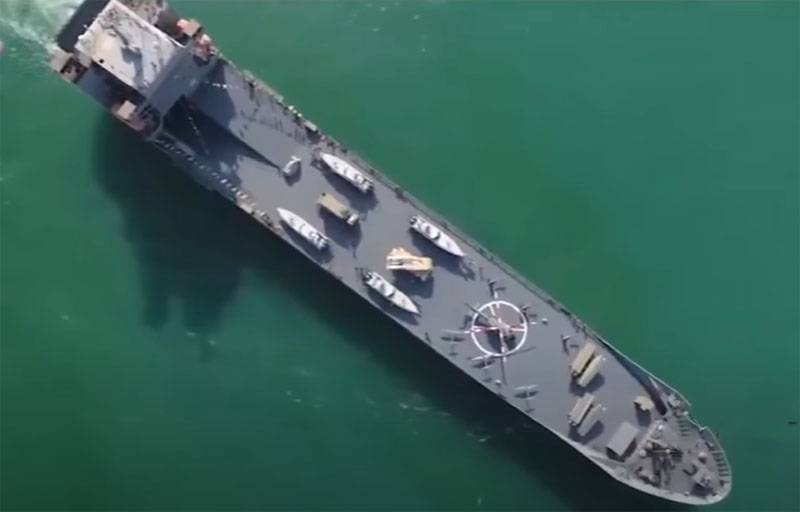 After the drills were conducted using an unmanned aviation Iran conducts naval exercises. The Islamic Republic is carrying out these maneuvers in the Gulf of Oman, in the water area adjacent to the strategically important Strait of Hormuz. Hundreds of tankers pass through this waterway every day. There are also ships of the 5th fleet US Navy.


Iranian sources say that the naval exercises will last for two days. They involve warships and missile boats of the Iranian Navy.

During the maneuvers, missile firing will be carried out from the sides of ships and boats, including Makran and Zra (Zrah).
The Iranian exercises that began in the Gulf of Oman caused "concern" in some countries in the Middle East region. Of particular "concern" in the Persian Gulf countries are the statements of the Iranian naval command about the conduct of rocket firing in the aforementioned water area near the Strait of Hormuz.

At the moment there is no information about the activity in connection with the Iranian exercises of the ships of the American Fifth Fleet.
Ctrl Enter
Noticed oshЫbku Highlight text and press. Ctrl + Enter
We are
Iranian Navy exercise begins in the Strait of HormuzIran's new ally will help it control the Strait of Hormuz
Military Reviewin Yandex News
Military Reviewin Google News
21 comment
Information
Dear reader, to leave comments on the publication, you must sign in.