"Mistaken association with the state of Russia": Tikhanovskaya asked Lithuania to change the name of Belarus 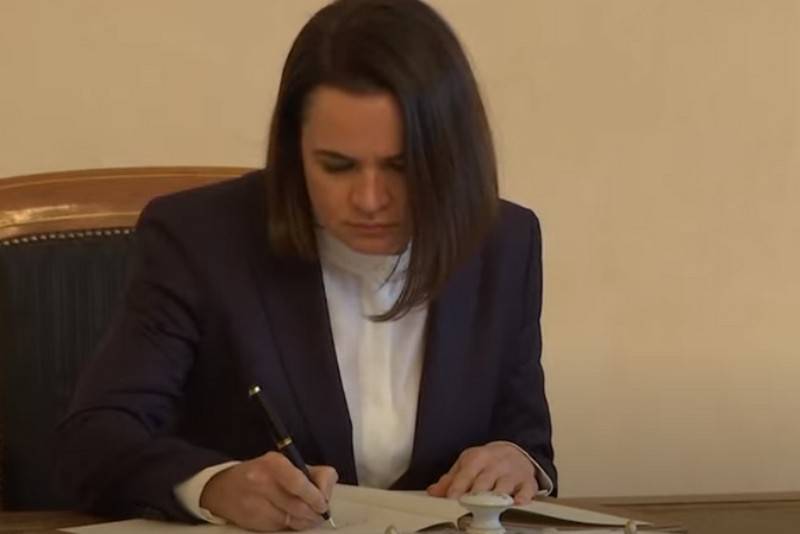 Former presidential candidate of Belarus and opposition leader Svetlana Tikhanovskaya asked the Lithuanian authorities to change the current official name of Belarus in Lithuanian, so that there would be no "mistaken association" with Russia.


According to Tikhanovskaya, the name of Belarus in Lithuanian associates it with Russia. Therefore, she sent a letter to the Lithuanian authorities, in which she asks to change the spelling of the name of the republic from Baltarùsija to Belarusià. According to her, it would be "a sign of respect for the sovereignty of Belarus."

Svetlana Tikhanovskaya sent a letter to the Minister of Foreign Affairs of Lithuania Gabrielus Landsbergis urging him to change the name in Lithuanian from Baltarùsija to Belarusià. The current official name Baltarùsija, unfortunately, is perceived as a copy of the Russian name Belarus, leading to an erroneous association with the state of Russia
- said on the official page of the head of the opposition in the telegram channel.

Vilnius has already responded to Tikhanovskaya's request and said that they would not mind changing the name of Belarus in the Lithuanian language, if the Belarusian people asked about it.

According to the Minister of Foreign Affairs of Lithuania Gabrielus Landsbergis, the Lithuanian name of Belarus should reflect the fact that "Belarus" means "White Russia".

The name by which we call our neighboring country should not reinforce the understanding of Belarus as part of Russia, established during the years of occupation.
- he stressed.

Earlier, Lithuania, at the request of Georgia, changed its name to Sakartvelo.
Ctrl Enter
Noticed oshЫbku Highlight text and press. Ctrl + Enter
We are
Former presidential candidate Tikhanovskaya put on the interstate wanted listAt Tikhanovskaya's headquarters: We expect the West to recognize her victory in the elections
Military Reviewin Yandex News
Military Reviewin Google News
129 comments
Information
Dear reader, to leave comments on the publication, you must sign in.