"Questions about the bomb": Experts discuss the bombing of the "Hunter" UAV at the "Ashuluk" training ground 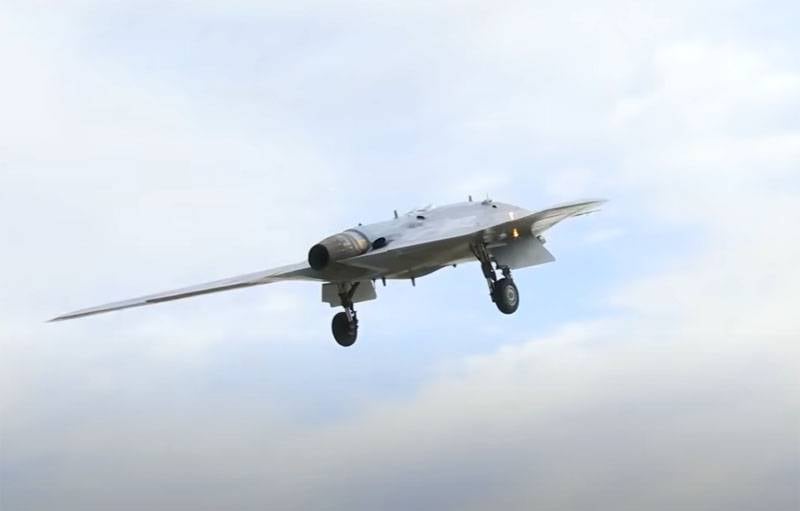 Domestic and foreign experts and the press reacted to publications on the use of an aerial bomb dropped from the fuselage compartment by the promising unmanned aerial vehicle "Okhotnik". Recall that today in the Russian press (and this was reported by "Voennoye Obozreniye" in one of news materials) there was information about the use of an aerial bomb "caliber 500 kg) against a target at the Ashuluk training ground."


One of the questions that are being considered by foreign military experts in connection with the next flight test of the drone is related to the "in what format" the bomb was dropped? Questions about the bomb are being raised in connection with the fact that it was announced that there was on board the Okhotnik strike UAV the latest sighting and navigation system, the use of which even the usual aviation bombs are close in efficiency to a highly accurate controlled arms.

In this regard, it was suggested that a heavy Russian UAV could drop a 500-kg aerial bomb without appearing directly above the attacked object.

If this is so, then this format increases the chances of an attack UAV in terms of the ability to evade the use of a conventional enemy air defense system against it. But in this situation, the experts have another question: how much does the "mechanics" of a 500-kilogram bomb contribute to the ability to maneuver during the fall? In other words, at what distance from the target did the drone drop so that the bomb would hit the target, "reaching" it on its own. Assumptions on this matter are very different, but it is still impossible to talk about the preferable ones, since there is no specific data on what kind of bomb the Hunter dropped from its internal compartments. Initially, it was assumed that this was a bomb in one of the FAB-500 variants, but this is only an assumption expressed in the press.

One thing is quite obvious: if the "Okhotnik" is capable of carrying an aerial bomb weighing 500 kg on its board, then it may well be a corrected aerial bomb KAB-500, including the KAB-500S (with a high-explosive warhead), which is guided through the GLONASS channel. Earlier, the KAB-500 bombs of various modifications of the Russian Aerospace Forces were actively used during the counter-terrorist operation in Syria.
Ctrl Enter
Noticed oshЫbku Highlight text and press. Ctrl + Enter
We are
Reports from the militia of New Russia for 27-28 September 2014 of the yearInterview of Vladimir Putin with Radio Europe-1 and TF1
Military Reviewin Yandex News
Military Reviewin Google News
118 comments
Information
Dear reader, to leave comments on the publication, you must sign in.