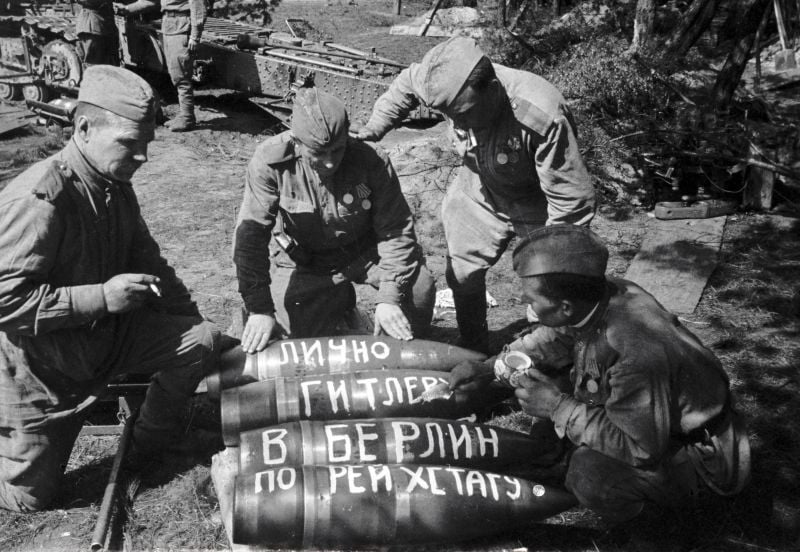 We present a series of short videos from the creators of the game World of Tanks dedicated to the memory of the Great Victory and telling about the storming of the German capital during the Great Patriotic War. The plot is based on memories in the diary of an unnamed soldier about a long journey to a decisive battle in enemy territory.


Having covered thousands of kilometers from Moscow to Berlin, the Red Army lost hundreds of thousands of soldiers. Millions of civilians died, and a huge number of cities were in ruins. Too much had to be paid for a peaceful sky overhead, but Soviet soldiers had no choice. Among unfamiliar buildings in Berlin and German signs, they followed the victory meter by meter. A victory forged by incredible and titanic efforts. A victory that meant the beginning of a new peaceful life.

From the soldier's diary, you can find out that the Red Army units are located a few kilometers from Berlin. It was too presumptuous to count on the German fascist invaders to surrender without resistance. Even before the first volleys of artillery began to thunder in the air, Soviet soldiers understood that for many this battle could be the last. “Here, at the walls of the main enemy citadel, we need to gather all our will, all the remaining forces for the last dash” - this thought was in the head of every soldier in the ranks.

The city greeted the soldiers with machine-gun barrels in the windows. The concept of day and night has disappeared: everywhere the glow of fires, flashes of fire and beams of searchlights cutting the sky. It was impossible to completely control the situation in the narrow streets of Berlin. Even the walls seemed to be shooting here. From the constant rumble, my ears stopped. It is impossible to get used to this even in 4 years.

There is neither fear nor doubt in the eyes of the Red Army soldiers. In his diary, the unnamed hero describes the mood of the warriors in two lines: “We did not come here to retreat. Not to ease the onslaught. Not to turn around. We went here for victory, and it was time to get it ... "

The red banner on the roof of the Reichstag building became a symbol of the victory of the Soviet troops. This day was brought nearer by millions of people, but the price that had to be paid for many years to come will give pain in the hearts of those whose sons and fathers will never return home.

After going through fire, smoke and cold, withstanding the onslaught of the enemy on all fronts and liberating dozens of captured cities, people could again breathe deeply. Instead of military marches, funny songs about peace, about life and about a bright future, which came only thanks to the fact that the Soviet soldiers did not give up, sounded now.

And although the battles in Europe did not end with the fall of Berlin, the soldiers of the Red Army were sure that for the Germans this war was over, despite desperate attempts to resist. Allied soldiers spoke different languages, but they all had one goal. People without words understood what still remained to be done to put an end to that horror.

The last pages of the diary are filled with regret about what has happened over the past few years and hope for a brighter future: “This war brought nothing but pain. There are no winners in it, and it could not be. But let our generation be the last one who felt the whole horror of the war, who let everything through, and who died for the sake of others to live ... "