Ceausescu and Pol Pot: the enemy of my enemy is my friend 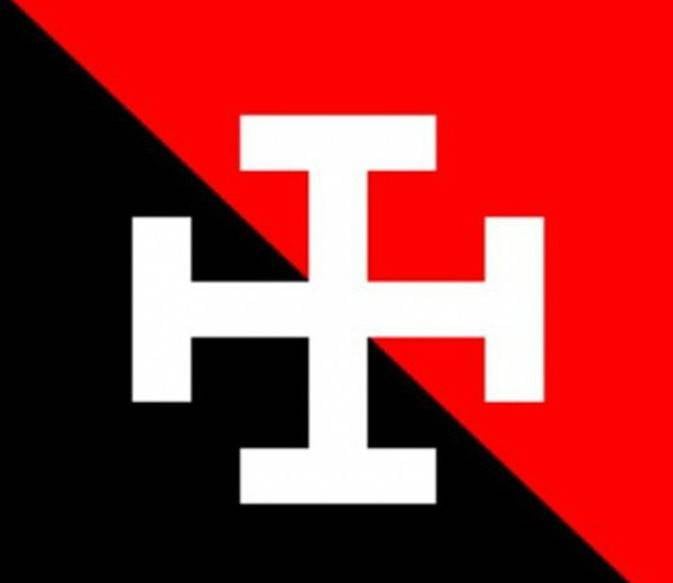 Bucharest and Phnom Penh - together against Moscow

On January 14, 1990, the so-called "Council of National Salvation" of Romania discovered in the archives of Nicolae Ceausescu - the conductor (conducător), a draft agreement with the Pol Pot Kampuchea. This happened shortly after the execution of the Ceausescu couple. And it did not become a special sensation.

The deposed head of state was accused of much more terrible crimes than friendship with the organizer of the genocide in Kampuchea. The very same agreement on full-scale military-technical cooperation was scheduled for 1979, for a period of three years.

It provided for the supply of the Khmer Rouge regime with artillery and small arms weapons, air defense systems, mortars and oil products in exchange for the import of a number of goods from Kampuchea. From rice, natural rubber, coffee, tropical timber and fish products to semi-precious stones and artifacts.

Already in the late 1970s, Romania was in dire need of a variety of goods - and not only because of Ceausescu's domestic economic policy. The deterioration of relations with the USSR and other participants in the Warsaw Pact also affected, which was also expressed in the breakdown of trade contracts with the Socialist Republic of Romania.

It is clear that the aforementioned treaty would have become a direct challenge to Moscow, especially in the context of the then military conflict between the "pro-Chinese" Kampuchea (which was also helped by the DPRK) with Vietnam (actively supported by the USSR).

But it did not happen: in the first half of January 1979, the Pol Pot regime was overthrown. Bucharest did not recognize this until 1987.

Unlike the bloody dictator of Democratic Kampuchea, who calmly lived out his days in the jungle near the Thai border right up to 1998, Nicolae Ceausescu was arrested and shot. But in 1970, Romania and Kampuchea were allies, exchanged visits, and more and more actively traded with each other - of course, in opposition to the USSR and Vietnam.

And never, not with a single word, did Bucharest condemn the monstrous Pol Pot repressions ... However, Brezhnev also once kissed the cannibalistic African dictators.

Bucharest's rapprochement with Beijing and its allies accelerated after the well-known events in Czechoslovakia in 1968 (officially condemned by Bucharest and Beijing). Since 1969, China began to provide financial assistance to Romania, and since the early 70s, Bucharest began to re-export Soviet small arms and anti-tank missiles to the PRC, and sent specialists to service them.

Romanian oil and petroleum products were, as they say, abundant in the PRC. These and other areas of cooperation were agreed upon during Ceausescu's “triumphant” visits to Beijing in 1971 and 1973.

"The renegade clique of Khrushchev-Brezhnev, which betrayed the teachings and deeds of Lenin-Stalin",
and the Romanian side, meaning the USSR, condemned

In 1973, Nicolae Ceausescu met in Beijing with Pol Pot, the future head of that very Democratic Kampuchea of ​​1975-1978. It is quite obvious that the Sino-Romanian partnership initially meant the cooperation of Bucharest with Beijing's partners, including Democratic Kampuchea. 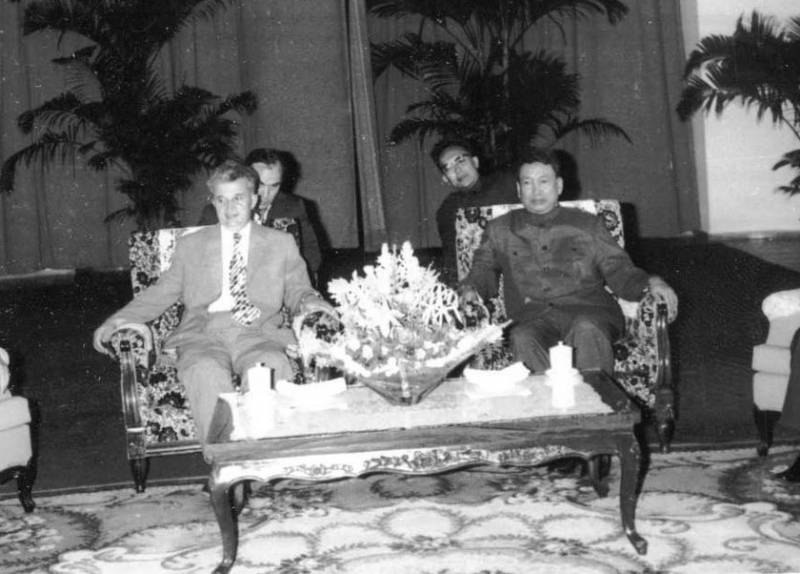 The acquaintance of Ceausescu and Pol Pot was long and ... fruitful.
That is, the Romanian authorities began to actually oppose Moscow and Indochina.

But Moscow did not decisively oppose this, so as not to provoke a more active rapprochement of Romania with the PRC and the West. Moreover, already in 1972-1973. Romania received (the only one of the pro-Soviet socialist countries) the most favorable trade regime in the USA, Canada and the European Union.

Meanwhile, Romania and Kampuchea established barter trade by the end of 1975: natural rubber, rice, tropical timber, coffee and seafood were supplied to the Romanians. By the way, a number of rooms in the luxurious Ceausescu residence in Bucharest were decorated with mahogany (mahogany) from Kampuchea.

In turn, Romanian supplies included crude oil (for the Kampong Chnang refinery), petroleum products, fabrics, clothing, feed grains, and since 1977, small arms and even military river vessels for the Mekong River and its tributaries. By the way, Romanian weapons and ships were used in Kampuchea in its war with Vietnam in 1978-1979.

It is characteristic that these goods were transported in both directions, mainly by Chinese merchant ships. Apparently, both sides were afraid of any actions of the Soviet Navy against these trade flows, and under the flag of the PRC - of course, it was more reliable ...

Official Bucharest, for obvious reasons, has long avoided deliberate publicity in relations with Polpot's Phnom Penh. However, the repeated visits of the delegations led by Paul Pot to the PRC and the DPRK allowed Bucharest not to hide much of its cooperation with the Khmer Rouge regime.

In this context, the North Korean authorities awarded Pol Pot the title of "Hero of the DPRK" made a special impression. The appropriate order was presented to him personally by Kim Il Sung at a rally in Pyongyang. 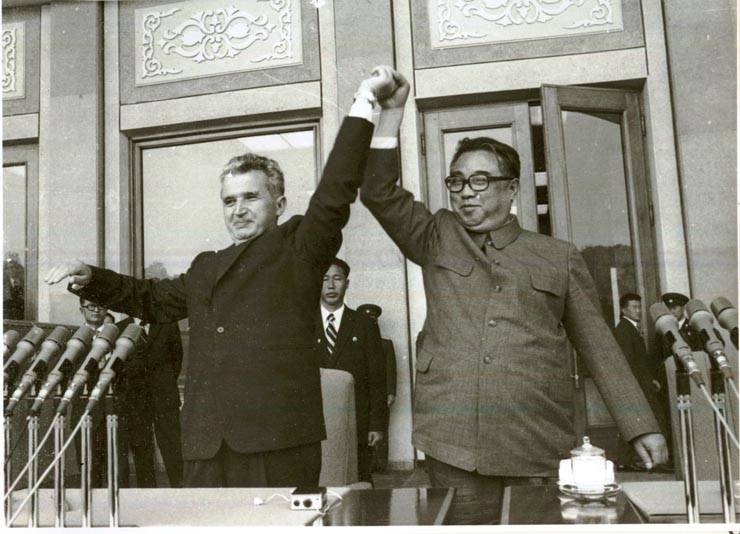 The photographs of Kim Il Sung and Pol Pot cannot be found on the internet, but Ceausescu has both been regularly filmed with.
But Pol Pot and his comrades understood what, where and in what form could be officially declared.

Therefore, if in Beijing they did not hesitate in expressions about the USSR and especially Vietnam, then in Pyongyang there were no such references at all. Is that, oh

"The dangers of new types of hegemonism"
и

Moreover, it turns out that in the early 50s Pol Pot visited Yugoslavia. According to the head of the central news agency DK Kela Narsala,

"In 1953, Pol Pot, as part of a youth brigade of French communists, went to harvest and build highways in Yugoslavia, which was blocked by the USSR and its allies, including the PRC."

“The fact that he saw the actual promotion of capitalism in the Titoist Yugoslavia did not please the future head of Kampuchea. But he firmly learned that you can build socialism on your own without the help of such giants as the USSR and China. "
Looking at Beijing and Pyongyang, Romania has also “grown bolder” with regard to Phnom Penh. Moreover, it was during the period when the military conflict between Kampuchea and Vietnam was growing. And in May 1978 (during Ceausescu's visit to Pyongyang), he and Kim Il Sung spoke out in favor of providing joint military-technical and financial assistance to Kampuchea.

In order not to irritate Moscow, they decided not to include this thesis in the final communique. In the same month of 1978, the Ceausescu couple paid an official visit to Phnom Penh. There were no pompous rallies and statements, but the parties signed a 10-year agreement on friendship and cooperation.

In the USSR, pro-Soviet socialist countries, as well as in Albania, this was not commented on.

But Beijing and Pyongyang officially welcomed this document. Pol Pot assured Ceausescu that he would provide Romanian enterprises with all kinds of benefits in the country as soon as the Vietnamese aggression was defeated. The Romanian side preferred not to mention "Vietnam" at all.

Bucharest Phnom Penh Credit Aid 1975-1978 amounted to about $ 7 million, of which over 70% at the end of 1978 was subsequently written off by the Romanian side. For small and poor countries like Kampuchea, that's a lot.

Despite the military successes of Vietnam, Bucharest deliberately demonstrated cooperation with Kampuchea. The visit to Romania in August 1978 of the successor of Mao-Hua Guofeng, an outspoken anti-Soviet, who held three top posts in the PRC at once, was especially indicative in this regard. 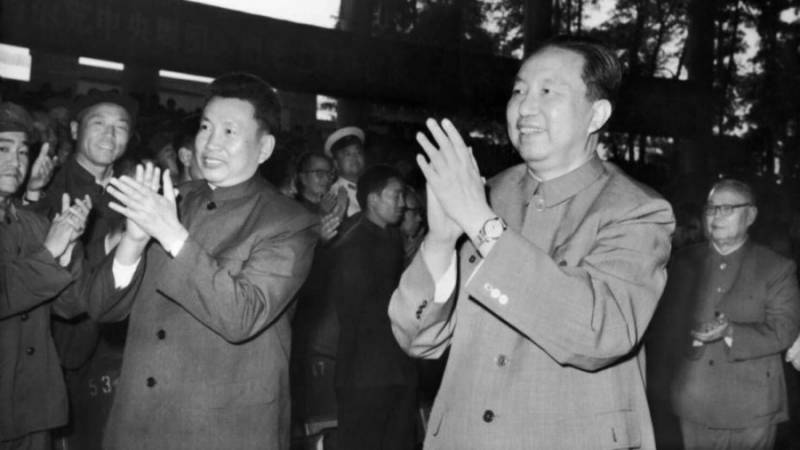 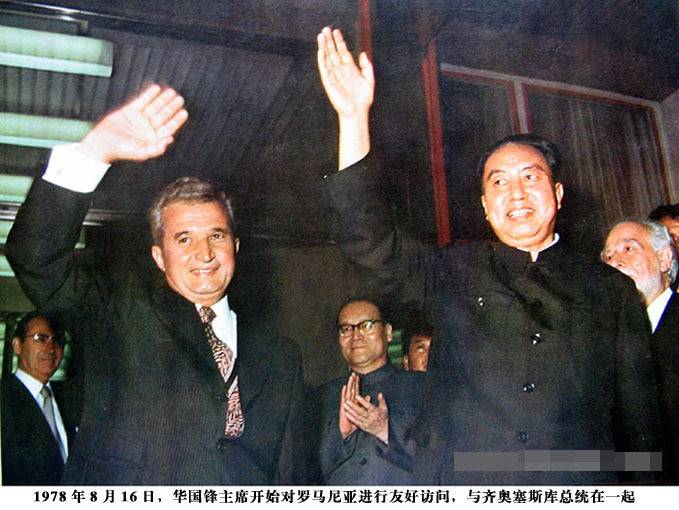 Hua Guofeng was truly friends with both Paul Pot and Ceausescu.
In the press of the USSR and pro-Soviet socialist countries, Hua was condemned.

And this, alas, was quite real, as they say, on the "Kampuchean soil." Moreover, by that time, both Beijing and Bucharest were already, as is known, the West's de facto political allies in opposing the USSR and the Warsaw Pact.

Dictatorship, but not a colony

Only in August 1978, Pol Pot, at the head of a small delegation, paid a return visit to Bucharest.

There were no triumphant rallies and other pomp. But both sides condemned (which was the main thing in the final communique)

"All kinds of hegemonism and its attempts to provoke conflicts between peoples, national liberation movements and socialist countries."

Of course, the USSR and Vietnam were meant. And Romania simply agreed to continue to support Kampuchea. Bucharest even offered mediation (together with neutral Laos) in resolving the conflict with Vietnam.

Pol Pot first accepted these proposals. But in October 1978 he rejected them. For, as Radio Khmer declared,

"Moscow and Hanoi are striving to turn Kampuchea into their colony ... The Warsaw Pact and its satellites are the main threat to the preservation of our country."
Polpotov's troops at that time began to retreat along the entire front. And, in the end, in the winter - in the spring of 1979, they were ousted from Phnom Penh and most other areas of Kampuchea. But Bucharest did not officially recognize the new authorities of Kampuchea-Cambodia until March 1987.

Their recognition was a forced step. Since the mid-80s, the PRC was no longer a support for the anti-Soviet variations of Bucharest. This was especially evident in December 1989, when Beijing did nothing to help socialist Romania.

And even the Ceausescu couple did not help to avoid being shot ... 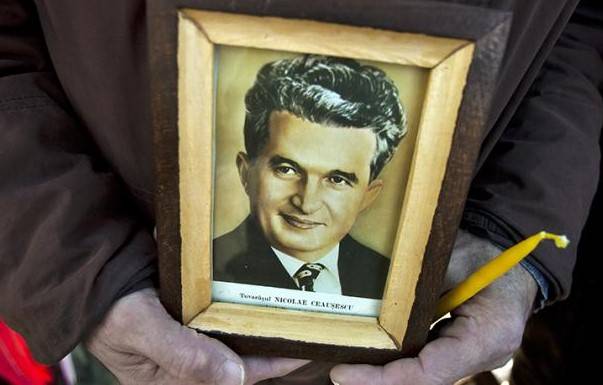 Ctrl Enter
Noticed oshЫbku Highlight text and press. Ctrl + Enter
We are
Pol Pot. The Khmer Route. Part of 4. The fall of the regime and twenty years of war in the junglePol Pot. The Khmer Route. Part of 3. "Rice communism"
Military Reviewin Yandex News
Military Reviewin Google News
91 comment
Information
Dear reader, to leave comments on the publication, you must sign in.