Die Zeit: Immigrants from Europe see the US turning into a spoiled country 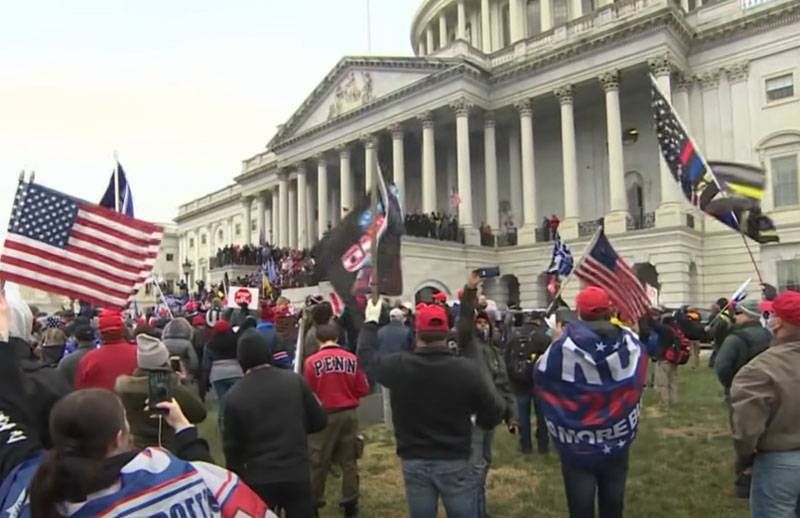 
On the pages of a large German publication Die Zeit, an article by Heike Buchter was published, which tells about how disappointment grows in a person who moved from Germany to the United States 20 years ago.

When the author of the story moved to the United States 20 years ago, she was delighted. Complete freedom, the possibility of self-realization depending on one's abilities, great prospects, democracy, freedom of speech, conscience, expression of will.
Now, as the author writes, "the United States has to be looked at differently." The material says that immigrants from Europe see how "the United States is turning into a spoiled country." At the same time, it is noted that the people themselves are trying to make the United States of America "more honest."

Many former Europeans are reported to have a growing sense of frustration, anxiety and hope at the same time. Moreover, this mixed feeling was exacerbated after the events of January 6, when American protesters took the Capitol by storm. And these were Americans from the "middle states" - mostly ordinary hard workers, who were outraged by the fact that Washington stopped listening to them, and their votes could be stolen in the elections.

There is no talk of returning back to Europe for most of the settlers so far. However, people are clearly scared. It is noted that the new reality in the United States may turn out to be such when the presidents and their entourage will no longer be able to work normally, but will only have time to fend off their opponents. In such a situation, there is a high probability of the emergence of alternative power structures, which will be controlled by individual representatives of the elites, including parties. And in order to overcome this situation, as noted, the United States needs a "strong president." Is Joe Biden one of those?

At the same time, the European press noted that if the strengthening of the presidential power takes place in the United States, the country "risks plunging into authoritarianism and dictatorship."
Ctrl Enter
Noticed oshЫbku Highlight text and press. Ctrl + Enter
We are
Reports from the militia of New Russia for 27-28 September 2014 of the yearYuri Drozdov: Russia prepared the role of the sacrificial calf
Military Reviewin Yandex News
Military Reviewin Google News
101 comment
Information
Dear reader, to leave comments on the publication, you must sign in.