Ukraine has mastered the production of ammunition for UAVs 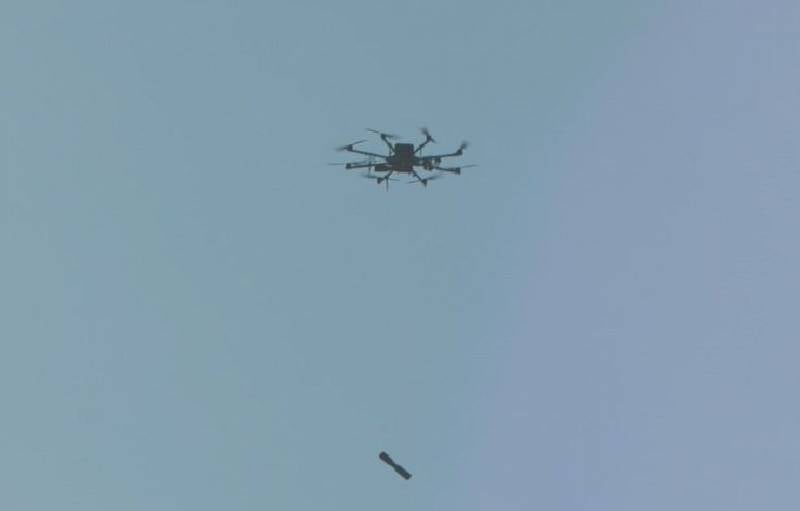 During the exercises, which took place at the Ukrainian training ground "Shirokiy Lan", the strike drone dropped domestically produced ammunition at ground targets. This means that Ukraine has mastered the production of ammunition for UAVs.


This was reported on its Facebook page by the press service of the Mayak plant, which produces these products.

The exercises used imitation ammunition NI-RKG-1600, designed for training drone operators. The warhead of such ammunition consists of a light noise (for hitting targets at night) or a smoke generating unit (for use during daylight hours). Its area of ​​destruction, according to the developers, is one square meter when bombing a target from a height of 300 meters.

It is noted that its mass of 1,6 kilograms is identical to the mass of the RKG-1600 cumulative combat ammunition being developed at the enterprise, which will also be tested soon.

This was the first time that an attack drone took part in a combined-arms exercise in Ukraine. The military noted that the tests of the ammunition were successful, and all targets were hit.

Specialists of the Aerorazvedka GO helped to develop products for the Mayak plant.

Ctrl Enter
Noticed oshЫbku Highlight text and press. Ctrl + Enter
We are
Reports from the militia of New Russia for 27-28 September 2014 of the yearDecember 2010 years. Russian March. Senseless and merciless? Notes not a Russian person
Military Reviewin Yandex News
Military Reviewin Google News
81 comment
Information
Dear reader, to leave comments on the publication, you must sign in.