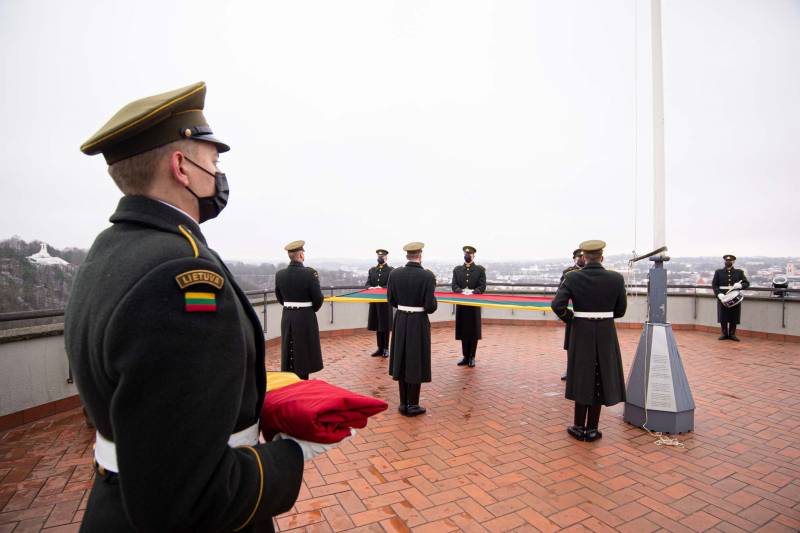 At the end of the Soviet Union, Lithuanian Poles began to struggle for autonomy, fearing oppression and "Litvinization" after Lithuania's secession. This struggle in 1989 - 1991 could lead to the emergence in the Baltic States of an analogue of Transnistria, unrecognized by the world.


Polish Gazeta Wyborcza writes about it.

The Polish media recall that centrifugal processes in the USSR in the late 80s awakened long-standing frozen conflicts on its outskirts. At the same time, there was a high probability of transformation of administrative borders into state ones.

The question of the future fate of about 250 thousand Poles living in Lithuania also became aggravated. In some areas adjacent to Vilnius, their number reached 60-80 percent of the population, and in the Lithuanian capital itself, every fifth inhabitant was Pole.

When a national movement developed in Lithuania by the end of the 80s, local Poles did not take part in the protests and did not demand separation from the USSR. They were "stewed in their own juice."

Our parents sewed us national costumes, I was glad that I could attach a white and red flag to my satchel.
- recalled her school years, ethnic Pole Barbara Yundo-Kalishevskaya, author of the book “Hostages stories: Polish minority in post-Soviet Lithuania ”.

The detonator for the activation of Polish separatism in Lithuania was the adoption of the Decree of the Presidium of the Supreme Soviet of the Lithuanian USSR, requiring all institutions to be translated from Russian into Lithuanian within two years. The Poles living in the republic practically did not speak this language.

Areas with a predominantly Polish population began to demand the right to use their native language. At the same time, this national minority moved from talking about cultural autonomy to fighting for political autonomy.

At first, the Moscow leadership reacted negatively to these processes, fearing another outbreak of interethnic conflict, but soon began to perceive them as one of the “anchors” contributing to the retention of Lithuania within the USSR.

At the same time, ethnic Poles living in the Soviet Union began to realize that this state was very soon to collapse. So they decided to hurry up. Having put forward the initiative to create the East Polish Union Republic as a subject of the USSR. It would unite the regions of Lithuania, Belarus and Ukraine, where Poles predominantly lived. In the future, it was planned to hold a referendum on accession to Poland on this territory.

In Moscow, this idea was received coldly, but they did not completely discard it, having decided to consult with Warsaw. In Poland, this idea was approved only by conservative communists and ultranationalists. The ruling Solidarity party and the country's leadership were opposed. In Warsaw, they decided not to stir up the topic of the lands lost in 1939, so as not to remind Germany of the territories that Poland passed from it.

It turns out that the Lithuanian Poles have only hope for Moscow. Even Soviet President Mikhail Gorbachev said in 1990 during a visit to Lithuania that he would welcome steps towards Polish autonomy.

Therefore, it is not surprising that when Lithuania declared its independence, the Poles of the Shalchininki region did not recognize it, declaring their adherence to Soviet laws. And in September 1990, a congress was held in Eišiškės, where the creation of the Polish national-territorial region was proclaimed, which surrounded Vilnius on all sides, and one of the districts of the Lithuanian capital became its capital. The congress was attended by army officers, who announced that the Soviet Army was ready to assist in the creation of the Polish self-defense forces.

Gazeta Wyborcza claims that then the USSR provoked a civil war between the Lithuanians and the Poles. The author believes that the probability of such a development of events was then very high.

This was prevented only by the putsch in Moscow, as a result of which the Polish separatists lost support. They were defeated, disbanded and "repressed".