Nuclear-free Russia: In the 90s, this was possible 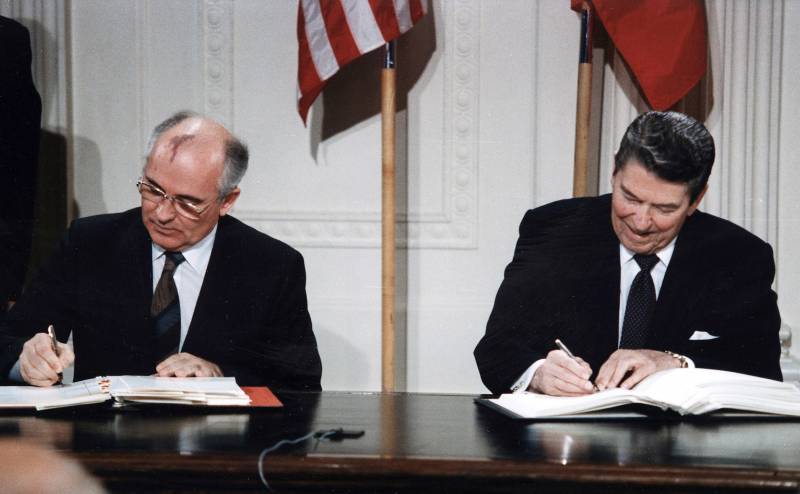 As you know, at the time of the collapse of the Soviet Union, the reserves of the most deadly in the world weapons ours and the United States of America were approximately equal. They were estimated at 10271 nuclear warheads for us and 10563 warheads for our enemy.


Together, these munitions accounted for 97% of the world's total nuclear arsenal.

Such parity fettered those who dreamed of finally erasing our Motherland from the political map of the world, hand and foot - instead of swift and decisive actions using the power component, they had to play the game for a long time.

Western architects of the destruction of the USSR had to build complex combinations and rely on local cadres, who sometimes kicked up and behaved far from what their puppeteers would like.

In particular, there is information that the invitation of Mikhail Gorbachev to the Group of Seven summit in London and the very attractive aid program proposed by US President George W. Bush were caused by the West's fear of the uncontrolled collapse of the Soviet Union. As a result of this, according to American analysts, chaos would inevitably reign on 1/6 of the land. And a series of large-scale military conflicts would flare up, during which tactical nuclear weapons could be used.

The main condition for the generous proposals made by the heads of state of the West to the first and last president of the USSR, who was in power in recent months, was the concentration of all Soviet nuclear weapons on Russian territory and their subsequent destruction.


It is possible that as conceived by Mikhail Sergeevich, at that time already quite successfully surrendering to the Americans the military-strategic interests of the USSR, this is how it all had to end.

Let me remind you that it was Gorbachev who signed the treaty with the United States on medium and short-range missiles, as well as START-1.

START I and the Lisbon Protocol to it consolidated the nuclear-free status of Ukraine, Belarus and Kazakhstan, on whose territory there were a significant number of strategic nuclear charges. Tactical ammunition was prudently removed from there well in advance - even before the collapse of the USSR.

From now on, Russia became a nuclear monopoly in the entire post-Soviet space.

This suited the West much more than a far from peaceful atom in the hands of poorly predictable independent states. However, this was not enough to achieve full control over the countries of the former USSR.

The arms reduction agreements themselves were not bad. However, the catch, as you know, is hidden in the details.

about "access to utilization complexes",
in fact, they opened a direct road for the American military to the heart of the Soviet and then Russian military-industrial complex.

However, Yeltsin, rightly called by many the destroyer of Russia's military power, continued the undertakings of his forerunner in full measure.

Few people today remember the Agreement concluded between Russia and the United States on July 17, 1992, regarding the provision of conditions for reliable and safe transportation, prevention of the proliferation of nuclear weapons, and their storage and destruction.

It is also called the "Nunn-Lugar deal" - after the names of two US senators who participated in the Geneva talks on the reduction of strategic offensive arms.

It was there that these two statesmen, according to the official legend accompanying this agreement, allegedly had a conversation with two representatives of the Soviet delegation, whose names, of course, are shrouded in deep secrecy. Representatives of the USSR almost fell at the feet of the Americans, begging them to help with the remaining

"In the conditions of the most severe crisis of the USSR"

"Thousands of weapons of mass destruction."

it was impossible to solve this problem.

The good Samaritans from Capitol Hill immediately after returning home brought the issue to the discussion of the US Congress.

The gentlemen there, usually hosting heated and lengthy debates on far less important issues, immediately agreed to provide more than serious funding. And it went!

Looking ahead, I will mention that between 1992 and 2013, the Nunn-Lugar program was allocated approximately $ 9 billion. But this, again, is a dry figure. The point is in the details.

First, 7 out of 9 billion dollars ended up in the pockets of American corporations, which somehow imperceptibly took all the places of general contractors in this program.

Also, half a thousand silo-type launchers and two hundred mobile launchers for missiles with nuclear warheads were dismantled, destroyed or otherwise deactivated.

It was worth it. For the USA.

Let's add to this one more agreement - "Chernomyrdin-Gora", concluded somewhat later, on February 18, 1993.

In accordance with it, the United States received 12 tons of highly enriched Russian weapons-grade uranium for about $ 500 billion.

According to the conclusions of a special commission created later by the State Duma of Russia to investigate this flagrant and predatory transaction, thus our country has lost at least 90% of the strategic uranium reserve for the production of nuclear weapons.

Here the price level is not even so important (prohibitively low), as a matter of national security.

In essence, it was a crime against the state - one of many committed in those years.

After all that has been mentioned, the option with the complete deprivation of the USSR (and subsequently Russia) of its nuclear status does not at all look like such an unscientific fantasy.

Under Gorbachev, this was real.

Under Yeltsin, Boris Nikolayevich's fear of losing power overnight and being ousted at the direct orders of his Western partners prevented the process from being brought to its final logical conclusion.

It is not for nothing that at one time he loudly

"Reminded friend Bill that Russia is a nuclear power",

calling not to interfere in her (or rather, his) affairs.

Fortunately, the West did not have enough weighty arguments (neither in the form of a stick, nor in the format of a carrot) that would outweigh Yeltsin's lust for power and suspiciousness.

I don't even want to think about the consequences.