Russian Aerospace Forces facing a new threat. What is fraught with the appearance of "Meteors" and JNAAM at our air lines? 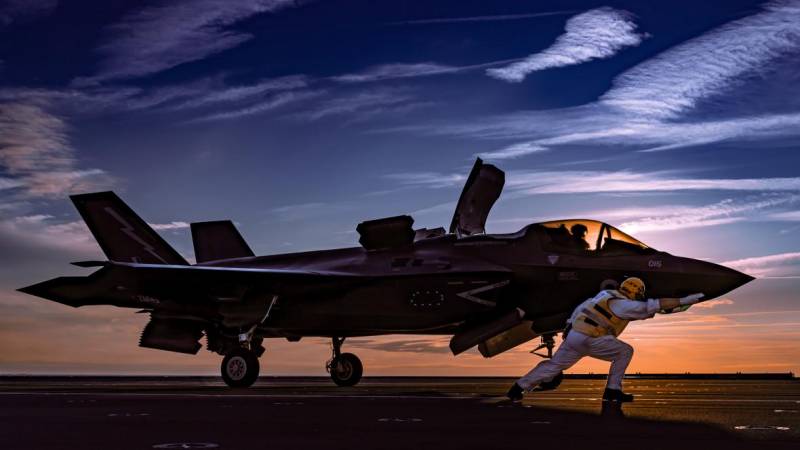 As you remember, in our numerous previous reviews, the question was raised with enviable regularity by the edge of the insufficient anti-aircraft potential of fighter aviation regiments of the Russian Aerospace Forces in the light of the acquisition of operational combat readiness on July 11, 2016 by the first batch of promising long-range air-to-air missiles "Meteor" from the leading Western European rocket concern MBDA ("Matra BAE Dynamics Alenia").

Equipped with "high-torque" and "long-playing" integral / combined rocket-ramjet engines from Bayern-Chemie GmbH with the ability to regulate the intensity of the powdery solid propellant charge into the combustion chamber (by means of a specialized valve with a computerized throttle valve drive control system) and prolong the burnout period of the first , long-range URVB "Meteor" are capable of maintaining the highest flight performance even in the far zone of the destruction radius (at a distance of 130-150 km from the launch points from the carrier's suspension points), which will ensure confident interception of enemy targets carrying out anti-missile maneuvers with overloads of about 15 17G.

Against this background, the RVV-SD (R-77-1 / "Product 170-1") medium / long-range air combat missiles entering service with the combat units of the Russian Aerospace Forces to equip the Su-30SM / 1/2 multifunctional fighters of the transitional generation and Su-35S, as well as ultra-long-range RVV-BD (R-37M / "Product 610M") for integration into ammunition, both Su-35S fighters and MiG-31BM interceptors, and 5th generation Su-57 multirole fighters, according to - still do not provide the ability to intercept highly maneuverable aerospace attack weapons (including tactical aviation and promising supersonic anti-ship missiles) at a distance of more than 90-100 km.

Thus, RVV-SD air combat missiles have standard single-mode solid propellant rocket engines with a limited burn-out period of solid propellant charges, providing high speed parameters and proper flight characteristics (high angular rate of turn and the ability to maintain controllability at high angles of attack) at a distance of no more than 70-100 km (at starting from medium and high altitudes, respectively).

At distances of more than 100 km (against the background of a spent solid propellant rocket charge), the aerodynamic braking effect contributes to an accelerated decrease in the RVV-SD flight speed to critical rates of 1500–1200 km / h, which excludes the possibility of maneuvering with overloads of 20–25 units, necessary for confident defeat tactical enemy fighters carrying out anti-missile maneuvers with overloads of 8-9G.

As for the RVV-BD ultra-long-range missile defense missile systems, these products are distinguished by an even lower design safety factor (and hence the available overloads of no more than 20G), which ensures reliable interception of a very limited range of low-maneuverable targets operating with 6-8G overloads (including strategic aviation, subsonic stealth tactical and strategic missile launchers JASSM-ER and Tomahawk Block IV, as well as strike-reconnaissance UAVs and outdated operational-tactical ballistic missiles).

This conclusion can be reached after a detailed analysis of the tactical and technical parameters of the RVV-BD, published in a very competent domestic military-technical online directory militaryrussia.ru.

And this, not to mention the impressive midsection of the hull (about 0,113 sq. M) and the final mass of the RVV-BD rocket of about 300 kg (after depletion of the fuel charge), contributing to a fairly rapid decrease in flight speed from 5M to 2-1,5M in dense layers of the troposphere. Which certainly does not expand the range of capabilities of the R-37M in countering maneuvering enemy air targets in the far zone of the radius of destruction (230-270 km).

Partially eliminating the aforementioned lag behind the multipurpose promising air combat missiles MBDA "Meteor" will allow a reduction in the time frame for the implementation of the program for the development and launch of large-scale production of the promising long-range air combat missile "Product 180", the design of which was entrusted to the specialists of the "Vympel" years earlier.

The promising product will receive a more "long-playing" dual-mode solid propellant rocket, similar to that used in the AIM-120D AMRAAM type missile missile defense system, due to which the maximum range of intercepted targets will increase by 1,5 times in comparison with those entering the R-77-1 fighter regiments (from 120 to 170– 180 km).

Nevertheless, in the case of launching from medium altitudes, the effective range of interception of highly maneuverable targets by means of "Products 180" will be no more than 130-140 km, which will continue to be due to the main key technological disadvantage of solid propellants in comparison with integral RPDs - 2-2,5 , 250 times lower specific thrust impulse (300-600 versus 700-XNUMX seconds, respectively), due to several times shorter burnout period of an unregulated dual-mode solid rocket motor.

It is this drawback that will exclude the possibility of maintaining high speed, and hence the implementation of "energy" maneuvering "Products 180" in the far zone of the radius of destruction, which is confidently achieved by European "Meteors".

In light of the above circumstances, the information about the contribution of the Japanese defense department of $ 9,7 million to the joint British-Japanese program for the development of a promising long-range air combat missile JNAAM ("Joint New Air-to-Air Missile"), an agreement on the launch of which was reached back at the end of 2015, after appropriate consultations between high-ranking representatives of the defense ministries and foreign affairs agencies of both states.

Developed by the joint division of MBDA - Mitsubishi Electric Corporation, the advanced JNAAM interceptor missile is a conceptual and constructive hybrid of the Meteor air combat missile and the Japanese AAM-4B medium-range missile.

The first will have a power unit with an integral rocket-ramjet engine, providing JNAAM with the above flight parameters. The Japanese AAM-4B has a unique centimeter active radar homing head based on an active phased array.

In this situation, the only uncontested option for eliminating the backlog of fighter aircraft of the Russian Aerospace Forces from Western tactical aviation in the tasks of gaining air superiority is the implementation by the Moscow Research Institute "Agat" of a program for the development of a similar ARGSN based on AFAR with parallel defrosting "Vympel" of the project of a promising long-range air combat missile RVV -AE-PD.

Ctrl Enter
Noticed oshЫbku Highlight text and press. Ctrl + Enter
We are
Why do we lose long-range air combat? Loss of initiative as a patternMBDA: СVS101 The concept of infantry weapons system on 2030 year
Military Reviewin Yandex News
Military Reviewin Google News
94 comments
Information
Dear reader, to leave comments on the publication, you must sign in.