Spanish press: Despite the Molotov-Ribbentrop pact, England and France did not declare war on the USSR 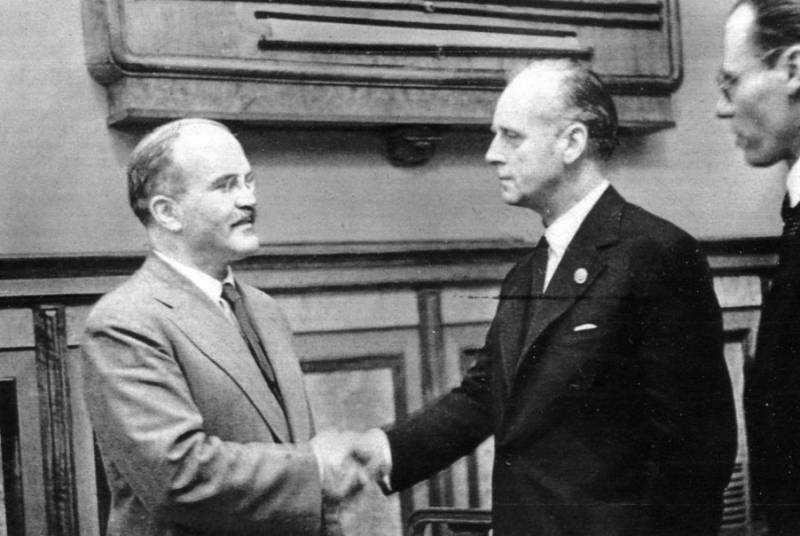 In 1939-1941, the Soviet Union and Nazi Germany were allegedly allies. And the discord between them occurred after "Stalin's annexation of Romanian Bukovina to the USSR and the threat of seizing oil wells in Ploiesti, which were of strategic importance for the Nazi army."


This opinion was expressed by Sergi Vich in his article published in the Spanish newspaper La Vanguardia.

He writes that Britain and France on the eve of World War II understood that the outcome of the upcoming conflict primarily depended on how the Soviet Union would behave. They hoped that the USSR would oppose the Nazis, since there was a deep ideological abyss between Moscow and Berlin. After all, under the "Anti-Comintern Pact", which united Germany, Italy and Japan, was the personal signature of the leader of the Third Reich.

The Spanish press claims that London and Paris underestimated Moscow and Berlin, which overstepped their own principles and were able to come to an agreement between themselves by signing an agreement later called the Molotov-Ribbentrop Pact.

It was concluded on August 23, 1939, a week before the start of World War II. The secret protocol attached to the treaty provided for the division of Eastern Europe into spheres of influence between the USSR and Germany.

Upon learning of this agreement, France and Britain were shocked, according to the Spanish author. London and Paris stopped negotiations with Moscow, and in Warsaw, already foreseeing a catastrophe, they were preparing for an attack from the west and east.

The author of the material in the Spanish press does not write, and why weren't they shocked in Paris and London when their authorities signed their pacts with the Nazis - in particular, the speech about the Munich Agreement ...

Since the conclusion of the Molotov-Ribbentrop Pact, Wich writes, German newspapers have stopped criticizing the USSR, and the Kremlin has called on the foreign parties of the Comintern to stop criticizing the Nazis.

In London and Paris, learning about the treaty, they perceived it as a military alliance between Germany and the Soviet Union. But despite the Molotov-Ribbentrop pact, England and France did not declare war on the USSR. It seems that the Spanish author is surprised by this fact.

But Berlin's good relations with Moscow did not last long, after which discord ensued. Its cause, according to Wich, was Stalin's excessive appetites. Instead of taking only Bessarabia from Romania, as agreed, he "seized Bukovina," from where the oil fields vital to the Wehrmacht were within easy reach. True, the author "modestly" is silent that the Nazis did not follow the treaty very precisely, secretly helping Finland in the Winter War, which was part of the Soviet sphere of influence under the treaty.

Be that as it may, on June 22, 1941, Nazi Germany invaded the Soviet Union, and the Red Army became the main enemy of the Nazis in World War II, forcing them to eventually surrender in May 1945.

It is worth noting that the article in the Spanish press is clearly aimed at trying to equate the USSR and Hitler's Germany. And this is done in order to belittle the role of the Soviet Union in the defeat of Nazism.

Ctrl Enter
Noticed oshЫbku Highlight text and press. Ctrl + Enter
We are
Reports from the militia of New Russia for 27-28 September 2014 of the yearYuri Drozdov: Russia prepared the role of the sacrificial calf
Military Reviewin Yandex News
Military Reviewin Google News
252 comments
Information
Dear reader, to leave comments on the publication, you must sign in.