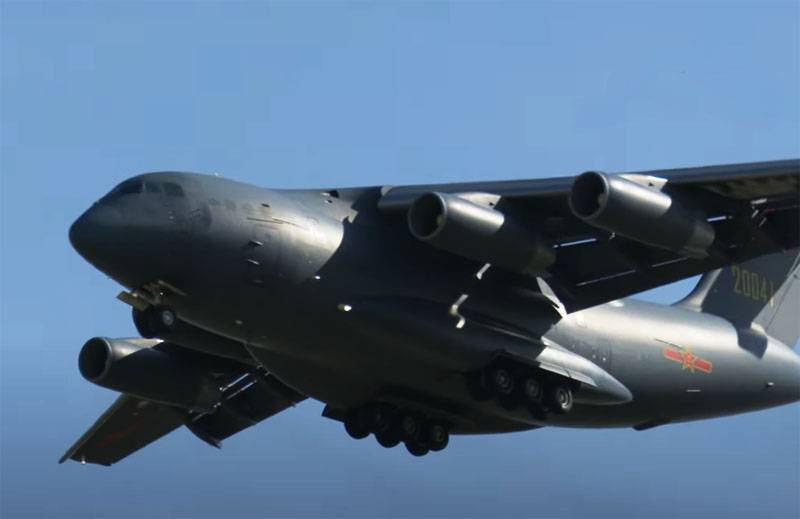 There are reports that for the first time in stories Chinese military transport aircraft Y-20 landed on the Yongshu artificial reef in the South China Sea. Yongshu Reef is often referred to as "China's unsinkable aircraft carrier."


Of particular interest is the information about the Y-20 landing on Yongshu due to the fact that this reef is geographically usually attributed to the disputed Spratly archipelago (in the Chinese version - Nansha). This group of many small islands is considered their own not only in the PRC, but also in a number of other countries of the region - in Vietnam, Brunei, the Philippines, Malaysia, and Taiwan. American warships often appear in this area, and the Pentagon openly admits that the sending of US Navy ships to Spratly is aimed at containing China.

The Chinese media write that after landing on Yongshu, a military transporter unloaded. This gave rise to the assumption that additional equipment could be delivered to the reef for the airfield, which is actively operated by the PLA Air Force.

In China, Yongshu is viewed as a strategically important facility in the South China Sea. On the reef (island) there is a deep-water bay, which can be entered by large warships. Also, the possession of Yongshu allows you to actually control the traffic of ships and vessels after they pass the Malacca Strait - it is in this direction that hundreds of merchant ships from the countries of Southeast Asia and back go every day.

The appearance of a military transporter of the Chinese Air Force on Yongshu may also be associated with the exercises of the Chinese aircraft carrier strike group led by the aircraft carrier Shandong. Earlier, Voennoye Obozreniye reported that the Chinese Navy closed several areas of the South China Sea for shipping until January 7 - precisely in connection with the above-mentioned exercises. Information about the decision of the Chinese military command caused a negative reaction in the Pentagon, where they announced "attempts by the Chinese military to violate international law in the field of civilian shipping."
Ctrl Enter
Noticed oshЫbku Highlight text and press. Ctrl + Enter
We are
Reports from the militia of New Russia for 27-28 September 2014 of the yearInterview of Vladimir Putin with Radio Europe-1 and TF1
Military Reviewin Yandex News
Military Reviewin Google News
28 comments
Information
Dear reader, to leave comments on the publication, you must sign in.