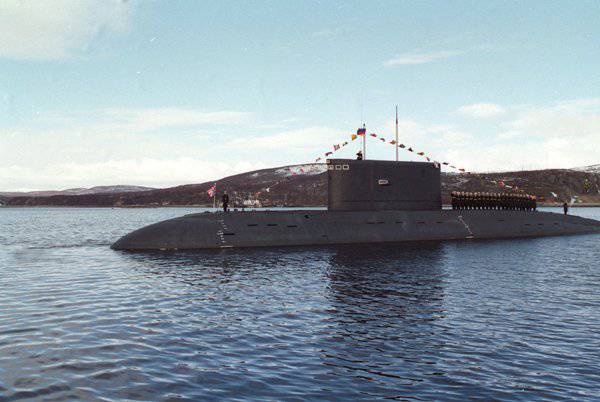 The Black Sea Fleet will completely update the grouping of diesel-electric submarines of the 636 project, which the Admiralty Shipyards will build in St. Petersburg upon the order of the Russian Navy. A ceremony will be held at the plant today, dedicated to laying the second submarine in the Black Sea series "Stary Oskol" Representatives of the government of St. Petersburg, the command of the Russian Navy, design and engineering organizations of the industry will gather in the boathouse.

Currently, the company has two submarines of this series in varying degrees of construction readiness, the company’s press service reported. The head boat Novorossiysk was laid in August 2010 of the year. Her launch is scheduled for 2013 year. The first serial boat was named Rostov-on-Don. It was laid in November 2011. In total, the Admiralties plan to build a series of six non-nuclear submarines of the 636 project, designed in the Rubin Central Design Bureau.

According to experts, the submarines of this project have high tactical and technical characteristics. The length of this diesel-electric submarine diesel engine is 73,8 m, the cruising range at an economic speed under the RDP (diesel operation under water) is 11200 km, and underwater (with full electric movement) 740 km.

Admiralty Shipyards are based on the Neva left bank in 1704. Now they are part of the United Shipbuilding Corporation. For three centuries, about two and a half thousand merchant, research and fishing vessels, combat surface and submarine ships for various purposes and tonnage, deep-water vehicles have been built here.