"Leopard" and other modernized "Pike-B". Development of the fleet of multipurpose nuclear submarines 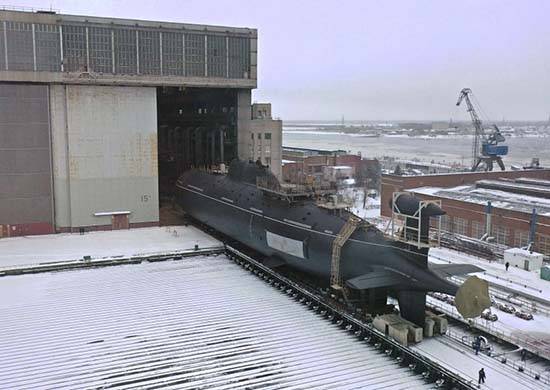 "Leopard" in the process of withdrawal from the boathouse

The Severodvinsk Zvezdochka Ship Repair Center continues work on the repair and modernization of the K-328 Leopard multipurpose nuclear submarine. The ship, built according to the project 971 "Pike-B", is being upgraded to the state "971M". Recently, the repair work moved to the final stage, and in the near future the submarine will be able to go out for tests, according to the results of which it will return to service.

The decision to carry out a deep modernization of the nuclear submarine "Leopard" was made at the turn of the 2011s and 2012s. In mid-XNUMX, the ship arrived at the Zvezdochka CS to carry out all the work required. After the necessary preparation, in May XNUMX the submarine was placed on the slipway in the slipway. Then the dismantling of obsolete units began, the repair of a number of systems, etc.

Unfortunately, the process of repairing the "Leopard" faced various difficulties. The main result of this was the regular change in the planned completion date. Initially, the ship was planned to be delivered no later than 2015, but work is still ongoing and the submarine will be handed over to the customer no earlier than 2021.

The delays were associated with a lack of funding, difficulties in the interaction of enterprises, finalization of the project, etc. In addition, the Zvezdochka Center had to master a new direction for itself: the Leopard became the first ALP of the 3rd generation, which was received for medium repair and deep modernization. 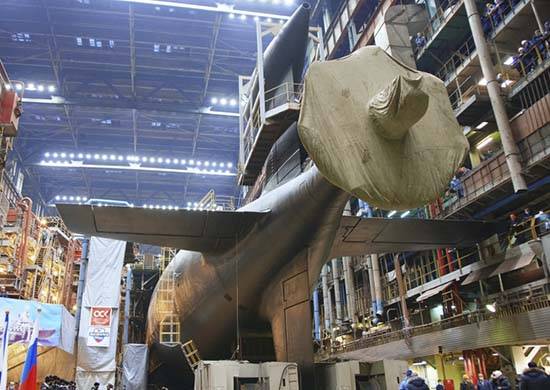 We managed to sort out the difficulties that arose, and by now the so-called. slipway stage of repair. On December 25, the Leopard submarine was taken out of the boathouse and launched. The ship was transferred to the outfitting wall, where the remaining activities will be performed. After that, sea trials will take place, according to the results of which the nuclear submarine will return to the combat strength of the Northern fleet.

The modernization project of the multipurpose nuclear submarine "971M" was developed at the SPMBM "Malakhit". The main contractor is the Zvezdochka CA. As developers and suppliers of individual devices, systems and units, 30 companies from different industries were involved in the project.

Reportedly, during the repair, the hull and individual elements of the internal equipment of the submarine were refined. Due to such measures, it was possible to reduce the noise generated and the acoustic signature. General ship systems have been improved, which has increased the operational characteristics and reliability of the boat. Improved conditions for the crew, workers and households.

Project 971M provides for a deep modernization of onboard electronics, affecting almost all major systems. A new combat information and control system is used, communication and navigation facilities have been replaced. The hydroacoustic complex was modernized. All these measures should improve the combat qualities of the ship. 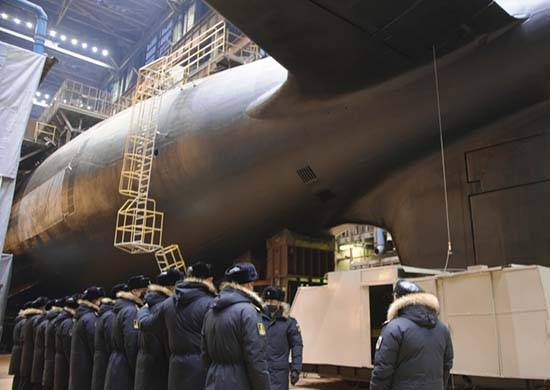 One of the goals of the modernization project is to expand the range of missile and torpedo weapons. The main measure in this context is the use of a modern missile system "Caliber-PL". Missiles of various types and purposes are launched through standard 533-mm torpedo tubes. At the same time, it remains possible to use torpedoes of all modern types with caliber 533 and 650 mm. The smaller caliber ammunition includes 28 units. weapons, for 650 mm vehicles - 12 units.

According to the results of modernization of the nuclear submarine, project 971M retains its original dimensions and displacement. The length of the "Leopard" is still 110 m, the total displacement is less than 12,8 thousand tons. The main power plant based on the OK-650 reactor with one propeller allows speeds up to 33 knots under water. The diving depth is over 500 m.

According to the 971 project in its original and modified versions, 15 nuclear submarines were built. The construction of four was canceled after the laying, and the fate of another was decided for a long time. Four nuclear submarines have so far been written off due to moral and physical obsolescence, one has been leased to the Indian Navy, and another will go abroad in a few years. As a result, at the moment in the Russian Navy there are only 9 "Shchuk-B", distributed between the Northern and Pacific fleets. 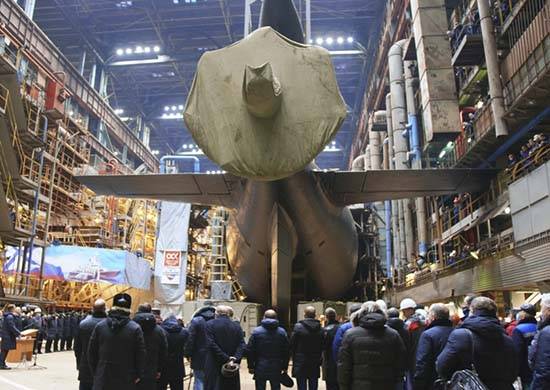 As the service continued, the Project 971 nuclear submarine underwent minor and medium planned repairs. In 2014, it was decided to carry out a deep modernization of most of the available ships, providing for the replacement of some of the equipment and the introduction of new equipment, incl. modern missile system.

The K-971 Vepr submarine of the Northern Fleet was the first to be repaired and upgraded to the “157M” condition. Work on this ship was completed by the start of 2020, and in August it was handed over to the fleet. At the moment, "Vepr" is the only multipurpose nuclear submarine of the updated project in the combat strength of the Russian fleet. However, new ships are expected soon.

The nuclear submarine K-328 "Leopard" has been under repair since 2011, and for a number of reasons the work was delayed, and the original deadlines were disrupted. Nevertheless, the modernization is almost complete, albeit with a significant delay. In a few months, the boat will be launched for sea trials, and in 2021-22. she can return to service.

According to plans for 2014, four more ships are to be upgraded to 971M. The boats K-461 "Wolf" and K-154 "Tiger" will be repaired for the Northern Fleet. The Pacific will receive the upgraded K-391 Bratsk and K-295 Samara. All of them are already at the shipyards and are undergoing the necessary measures. At the same time, due to the difficulties encountered, the work schedules for individual ships were revised several times. The submarines are scheduled for delivery in the coming years. 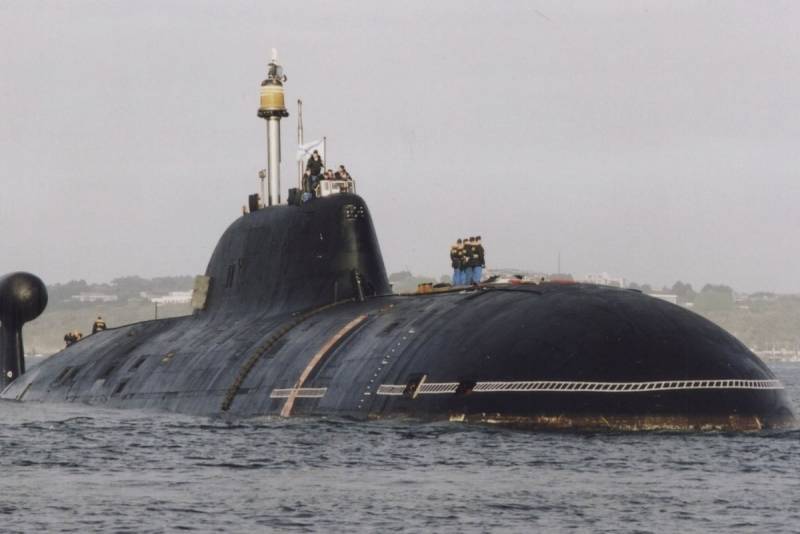 At the moment, the Russian Navy has nine Project 971 (M) submarines, and only four are ready to go out to sea for combat service. Other ships are at various stages of repair, and their combat readiness will be restored only in 2021-23. This state of affairs is becoming a cause for concern and requires appropriate action.

Such measures have been developed and adopted, and the situation is changing for the better. This year, the first modernized ship was delivered to the customer, and another one is expected soon. The Shchuk-B grouping in the submarine fleet is gradually being restored, and over the next few years, two-thirds of the submarines of this type will correspond to the latest project.

It is important that we are talking not only about quantity, but also about quality. The ships not only undergo repairs with the restoration of technical readiness, but also receive new equipment and weapons. After repairs, the submarines become quieter, they can detect targets at a longer range, and also hit a wider range of targets using modern missiles.

Thus, the program for maintaining the grouping of multipurpose nuclear submarines is gradually coping with the difficulties that have arisen and, in general, is solving the assigned tasks. The Navy will receive all the required submarines in a new configuration with broad capabilities - although it will take longer than originally planned.