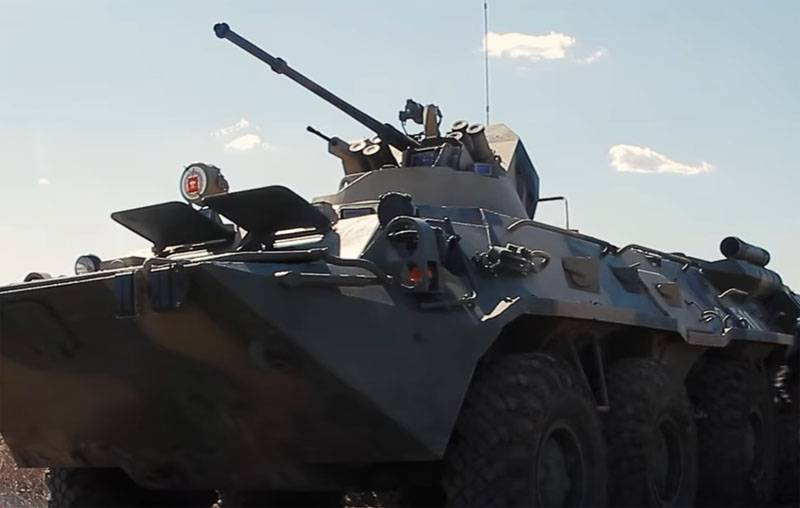 Information about the incident with the Russian military in the Syrian Arab Republic was confirmed.


In reports from Syria, it is said that the incident took place in the Syrian province of Idlib. According to the latest information, the militants fired at a Russian BTR-82A, an armored personnel carrier of the Russian military police.

The report noted that the shelling of an armored personnel carrier with Russian servicemen occurred during the "operation to ensure the withdrawal of the observation post of Turkish troops in Idlib." According to the latest information, this is an observation post in the east of Idlib.

The Russian soldiers of the coordination center note that the shelling was carried out using an anti-tank missile system. At the same time, the ATGM was released from the zone of control of the Turkish side, where recently pro-Turkish armed formations began to show activity again.

As a result of the shelling of an armored personnel carrier by the Russian military police, three Russian servicemen were wounded. They were sent to the hospital. Fortunately, the injuries were minor. There is no threat to the lives of Russians.

Meanwhile, from Syrian Seraqib, which is under the control of the Syrian government army, there are reports of increased attacks by armed formations.

The militants themselves publish a video on social networks, in the credits to which they talk about "the destruction of armored vehicles with the use of ATGM."

Ctrl Enter
Noticed oshЫbku Highlight text and press. Ctrl + Enter
We are
Reports from the militia of New Russia for 27-28 September 2014 of the yearInterview of Vladimir Putin with Radio Europe-1 and TF1
Military Reviewin Yandex News
Military Reviewin Google News
110 comments
Information
Dear reader, to leave comments on the publication, you must sign in.