The country that got scared. The pernicious landmarks of "brotherly" Montenegro 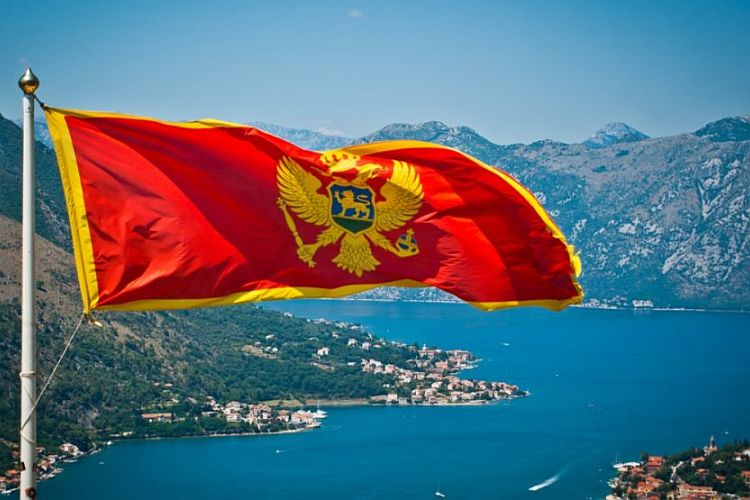 For Montenegro, joining NATO in 2017, which can hardly be called friendly to Russia, was a forced decision. At least that's what the management thought.

The top authorities were afraid of neighboring Croatia and Albania, which had already entered the North Atlantic Alliance. Zagreb had certain interests in relation to the Boka Kotorska region, and Tirana could well encroach on the southern outskirts of Montenegro.

The motivation for dividing a small country would be quite simple - ethnic Croats and Albanians lived in the territories. The right to self-determination of the people here works just right.

They did not dare to hope for guarantees of NATO non-interference in internal affairs and encroachments on the border in Podgorica. IN stories the alliance has enough examples of a perfidious attitude towards its own obligations. The first of them is "honestly" not to expand NATO eastward.

For the leadership of Montenegro, the choice was obvious - to join the military bloc in 2017 and hope for a sparing internal corporate ethics. The Montenegrins were afraid to turn to Russia in the event of a mess with aggressive NATO neighbors. The memory of Moscow's de facto non-intervention in the Yugoslav conflicts of the 90s was still fresh.

The extremely dodgy course of the country's leader Milo Djukanovic, who has been at the helm for almost 30 years, was also important. It was he who pushed Montenegro's pro-Western orientation and advocated NATO membership. 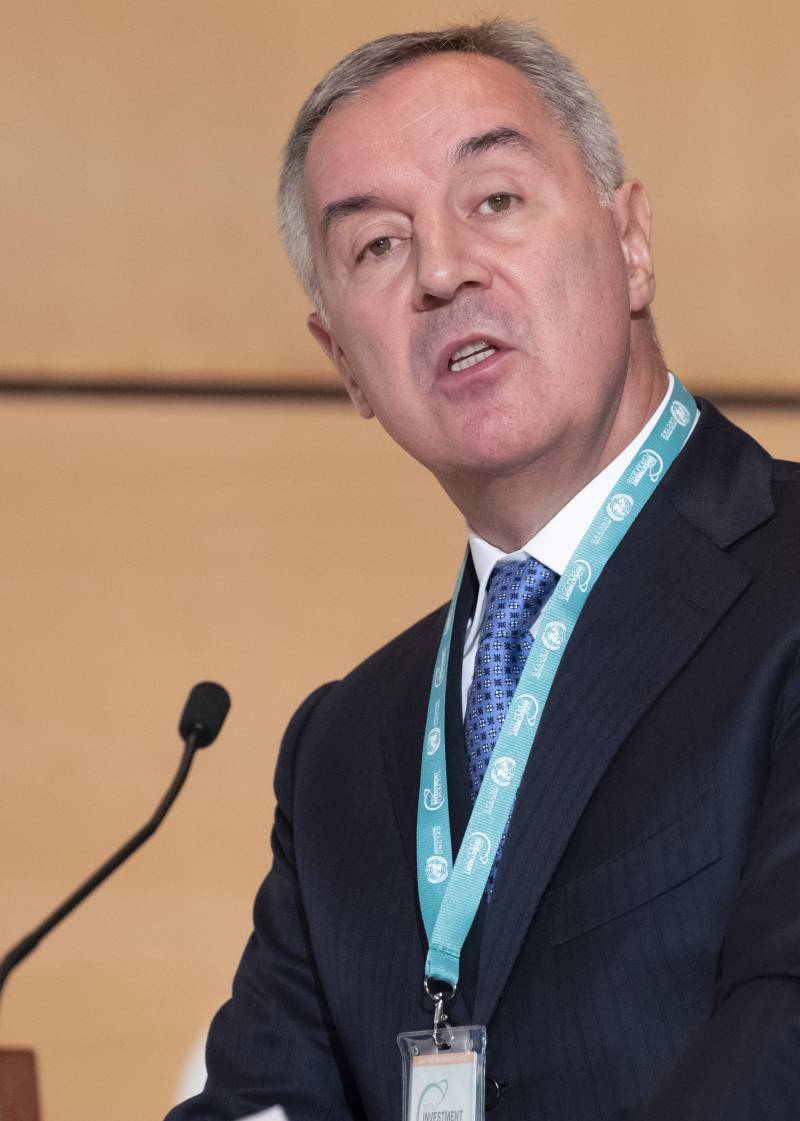 Milo Djukanovic. Source: ru.wikipedia.org
As a military unit, Montenegro is vanishingly small. At the time of joining NATO, the country's air force consisted of only 14 helicopters, and Italy and Greece are protecting the airspace. There is no combat, military transport and rescue aviation.

It got to the point that the Ukrainian Ministry of Emergency Situations was involved in extinguishing forest fires in 2017. With the naval component of the armed forces, the situation is slightly better - there are two frigates and two missile boats in service. But the state of the ships is deplorable. And the training sailing ship "Yadran" (built in 1931) is in the highest combat readiness.

That is why no one takes seriously the fact of Montenegro's accession to NATO. This is undoubtedly a political and anti-Russian step. Even if in the minds of the Montenegrin leadership he seems forced.

Urgently to the European Union!

A small country has to, to put it loyally, be extremely diplomatic towards its stronger neighbors.

And Milo Djukanovic, the President of Montenegro, knows this better than anyone. He has managed to one degree or another to govern the territory since 1991. Now the president's policy is unambiguously aimed at the country's entry into the European Union, in which, by the way, Montenegro is not expected at all.

Tourism is an important source of income (up to 21% of GDP) for the inhabitants of the small Mediterranean country. There is no reason for Europeans to accept Montenegro into the EU - they already successfully use all the benefits of the territory. During the holiday season, on the coast in the era before the pandemic, one could find license plates with registration for every taste.

Russians are real regulars of Montenegrin resorts. According to statistics, as of May 2019, the number of tourists from Russia was second only to Germany and sister Serbia. However, Russian tourists do not enjoy any special privileges. Registration for staying in the country is paid, as for all other residents.

At the same time, the citizens of the Russian Federation have bought up Montenegrin real estate for many billions of dollars - such investments should turn into political dividends. In response, Montenegro willingly joined the anti-Russian sanctions developed by the EU.

The reaction from the West was predictable:

"The European Union takes this step into account and welcomes it!"

However, the Montenegrins have not yet been accepted into the EU. 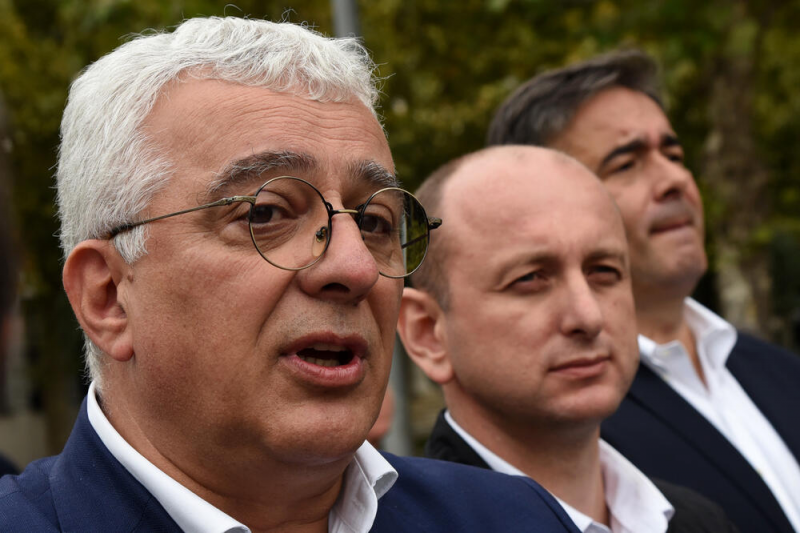 As already mentioned, Djukanovic has long been pursuing an anti-Russian policy.

For example, in 2017, when it became clear that a nationwide referendum on NATO membership would fail, the president pushed the idea through parliament.

A paradox happened - the country entered a military bloc, from the aggression of which it suffered less than twenty years ago. Naturally, this could only be done without taking into account the opinion of the majority.

Another attack by Djukanovic was a criminal case against opposition leader Andriy Mandic, who was accused in 2016 of an attempted pro-Russian coup d'état. Now Mandic recalls with a smile the events of four years ago - then it was possible to prove the absurdity of the charges.

Currently, Mandic is a member of the Montenegrin parliament, chairman of the New Serbian Democracy party and one of the few supporters of friendship with Russia in the leadership of Montenegro.

Montenegro is tired of Djukanovic

In the last fall elections, opposition (read, pro-Russian) parties took 42 seats out of 81 in parliament. And Djukanovic's pro-NATO Democratic Party of Socialists took a record low 35%. The preponderance is rather symbolic, but it is still present.

What is the reason for the reversal of the electoral opinion?

Much of the story unfolded because of the pandemic and the associated restrictions on the tourism industry. If earlier the Serbs traveled to the coast of Montenegro to earn money, now the flow of migrant workers stretched in the opposite direction. 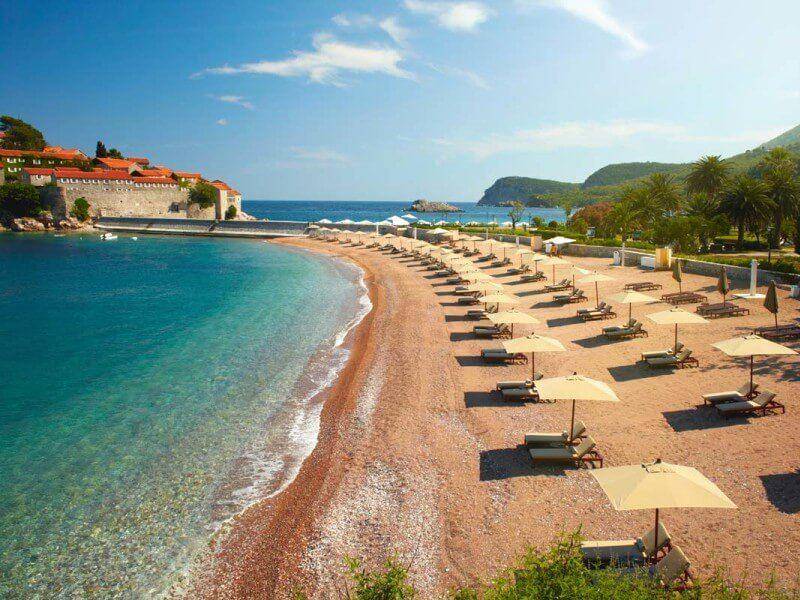 The tourism industry in Montenegro is having a hard time with covid restrictions. Source: profi.travel
Opposition analysts argue that if the tourist season is not opened next year, then the Montenegrins will have nothing to eat. They exaggerate, of course, but there is a state of panic uncertainty in the country.

There is no need to wait for help from the Europeans now (we would have to deal with it ourselves), and relations with Russia are completely ruined.

It turns out that Djukanovic sold the sovereignty of his country to Europe, receiving nothing in return. The desire to join the European Union is so great in the country's leadership that even the updated government from the opposition parliament is not going to lift sanctions against Russia.

In this regard, the rhetoric of diplomats from Podgorica is striking in its duplicity. Ambassador of Montenegro to Russia Milorad Shcepanovic:

“The EU sanctions against Russia, which Montenegro has joined, are not Montenegrin sanctions, but the decision to join them is the result of the commitments made as a candidate in the EU integration process to join the common foreign and security policy of the European Union. Russia mirrored Montenegro's response, and we understand that. We are not happy about the sanctions, but this decision was not originally in our hands. "

According to the mentioned MP Andriy Mandic, the elected opposition parties, in fact, deceived their citizens. They came to power on pro-Russian slogans, opposing themselves to the policies of Djukanovic, but in the end they dance to his tune.

Consequences of his course

"For Europe - against Russia"

During the epidemic, no help was received from the European Union - neither medicines, nor medical equipment. They did not dare to turn to Russia (for obvious reasons).

Djukanovic dreamed of making the Mediterranean country a real tourist paradise and closed some industrial enterprises in advance. Now this threatens a large-scale crisis - the Europeans are in no hurry to return to the beaches, and they are not ready to buy goods produced in Montenegro.

Just as Russia is not ready for such sacrifices.

Little Montenegro has lost at least $ 2 billion from the sanctions war with Moscow alone. It seems unnecessary to say that the damage from Podgorica sanctions for Russia tends to zero.

A difficult situation requires action. And in this small Mediterranean country, which was once truly brotherly for us, they started talking about turning to the east.

So far, only oppositionists and so far not loudly.

They hope that Russia will understand. And forgive.

Ctrl Enter
Noticed oshЫbku Highlight text and press. Ctrl + Enter
We are
Montenegro took to the streets. The population against the country's entry into NATOSituational analysis of the death of the MH17 flight (Malaysian Boeing 777), made on the basis of engineering analysis from 15.08.2014
Military Reviewin Yandex News
Military Reviewin Google News
177 comments
Information
Dear reader, to leave comments on the publication, you must sign in.