The position of Russia after the Friedland defeat 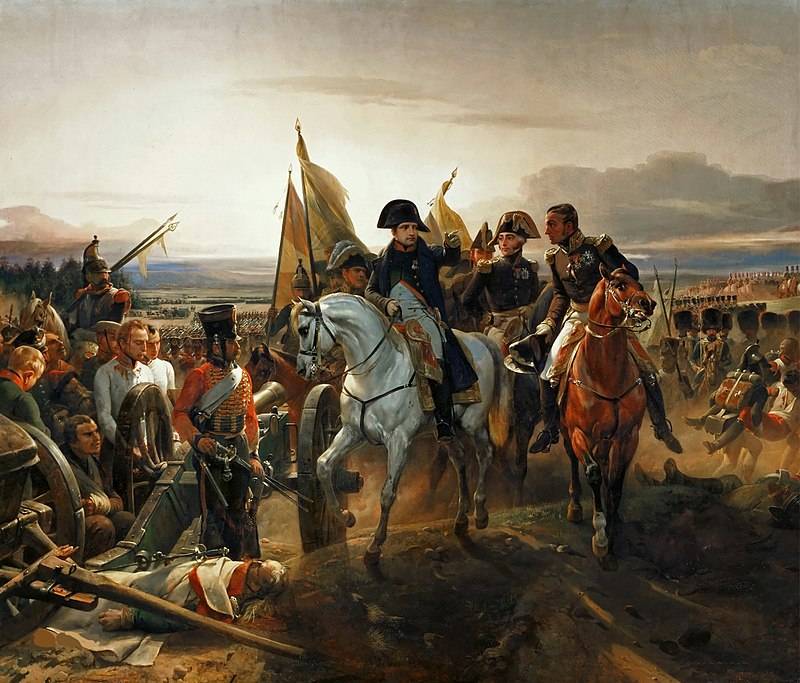 Napoleon I on the battlefield near Friedland (Horace Verne, 1836)

"Everything was in alarm, as if half an hour before the end of the world"

After losing to Austerlitz in 1805, Alexander hastily assembled a new coalition in 1806, including Prussia. She suffered crushing defeats at Jena and Auerstedt and could no longer fight against France. Napoleon recalled on Saint Helena:

"Under Jena, the Prussians could not hold out for two hours, and their fortresses, which could defend for more than one month, surrendered after a daily siege."

All hope for the salvation of Europe from the "Corsican monster" henceforth was pinned on Russia.

The winter campaign did not bring decisive results to either side. Russian and French troops stopped fighting, settling in winter quarters.

Alexander pinned his hopes on joining the Austrian coalition, which, despite its shame in 1805, could still oppose Napoleon.

However, there were two reasons why the Austrians hesitated to join the coalition. Firstly, at that moment a war was going on between Russia and the Ottoman Empire, which could lead us into conquests that were disadvantageous for Austria. Secondly, the Austrian government (and especially Emperor Franz) experienced an overwhelming fear of the Emperor of the French.

Of course, the second reason was more weighty, because Austria's pride still suffered at the memory of Austerlitz, high society and the army secretly wanted revenge. A very difficult situation arose: in Vienna they did not want to take our side before the Russian weapon will not receive superiority, and Russia simply could not confidently achieve this without the help of the Austrians.

In this regard, Austrian Foreign Minister Stadion proposes a plan for convening a congress, which should supposedly reconcile both sides. The real aim of the Congress was to join the coalition under the guise of reconciliation. This opportunity could be given either by Napoleon's refusal to negotiate, or unforeseen circumstances that could arise during the negotiations themselves. The second option assumed that during the disputes to the requirements of the coalition, Austria would add its own, which, of course, would be rejected by the emperor of the French.

Napoleon easily guessed this malicious intent. Without violating his principle of never abandoning negotiations, he apparently agreed to the Congress, but ordered his Foreign Minister Talleyrand to play for time. Now Napoleon will be looking for a general battle in order to turn everything in his direction.

Finally, he finds her near Friedland on June 14, 1807. The commander of the Russian army, Bennigsen, committed a fatal mistake in this battle, concentrating a significant mass of his army in the bend of the Alla River, where it was crushed.

“I rode to the main apartment. Crowds of all sorts of people made up her. There were the British, Swedes, Prussians, French royalists, Russian military and civil officials, commoners, alien services both military and civil, parasites and intriguers - in a word, it was a market for political and military speculators who went bankrupt in their hopes, plans and designs ... everything was in alarm, as if half an hour before the end of the world. " 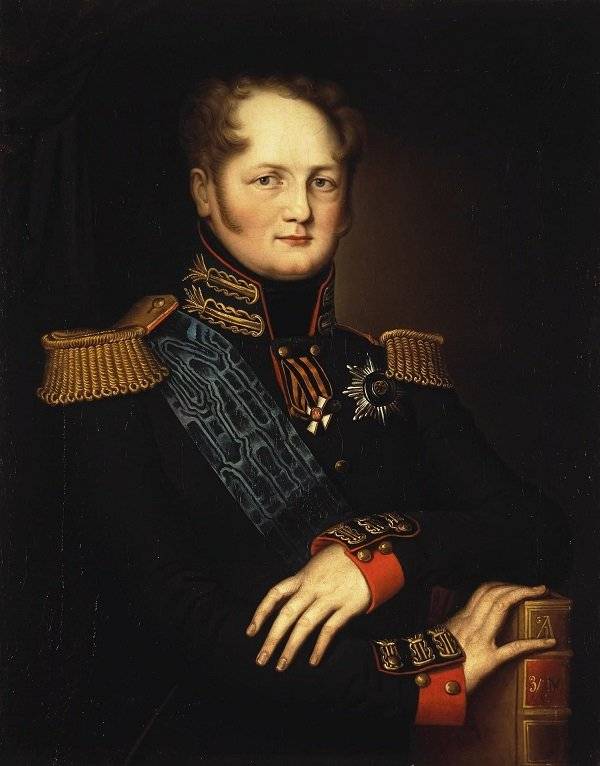 Could Russia continue the war further?

Let us first dwell on the military situation.

After the defeat, the Russian army turned into a general flight, many soldiers became marauders. This is confirmed by a number of simultaneous testimonies, including from highly informed people.

Interesting, for example, is the observation of the outstanding General Raevsky:

“... We tried to collect ours, but every company or half-battalion that we put forward disappeared (under fire) in the blink of an eye. Finally, yielding to strength, we retreated, but we gave time to take our wagons, our guns and our wounded generals out of the city. 14 guns remained in the hands of the enemy, but we could lose a hundred.

They took advantage of our mistake, but failed to inflict a significant defeat on us, for the two or three thousand whom we lost in this place did not really matter. But the disorder that began in the army after the battle, a huge number of marauders who appeared due to forced marches and a lack of food brought our army into a deplorable state.

We did not have even 35 thousand soldiers under arms, while the enemy had more than 150 thousand. "
Russian statesman A.B. Kurakin writes to Empress Maria Feodorovna in June 1807:

“We do not have a reserve army, our militia is not armed or trained, new recruitment kits have not been collected or even announced. Our situation has never been so critical, and we can expect our salvation only from God. "

In addition to our military and civil servants, the plight of Russia was also understood by French high-ranking officials. "The bravest of the brave" Marshal Ney reported:

“Every day brings new evidence of the terrible disorder in which he (the enemy) finds himself. Those who know Russia well argue that the misfortunes that it has endured are so strong that it is shaken in its foundations, and that disorder reigns inside it such that a detachment of French troops could even reach St. Petersburg. "
Such disappointing observations are confirmed by a number of other simultaneous testimonies of both one and the other side.

Indeed, this moment was the most suitable for the invasion of Russia! Napoleon could easily catch his enemy by surprise. But the French emperor did not pursue such a goal. He understood that Russia was a potential ally for him in the fight against England. Throughout almost his entire reign, Napoleon cherished the dream of an alliance of the two Great Powers, but Alexander, ascending the throne, began to conduct a hostile policy towards Napoleon (specifically towards him, not towards France), although competent cooperation with him was more than ever responsible interests of Russia.

However, military problems were not the only ones. A much more serious problem was the threat of popular uprisings in the territories of the former Rzeczpospolita, which, as a result of the partitions, went to Russia. When Napoleon entered Prussian Poland in 1806, a movement began in all Polish provinces in Russia.

Mikhail Oginsky, a supporter of the policy of Alexander I, wrote:

“It should be noted that when Napoleon began the campaign in 1806, a great movement arose in all of Lithuania and in all Polish provinces subordinate to Russia. Everywhere people eagerly read Napoleon's appeals to the Poles, the proclamations of Dombrowski and Wybicki that came from Warsaw, and letters that gave hope for the restoration of Poland. "

This is confirmed by the striking testimony of Sofia Tiesenhausen:

“The apple and cookie street vendors did not want to take money from the French soldiers. The coachmen descended from their carts to make room for the prisoners ... There were about thirty officers in my father's large mansion. My father laid the table for them in the French manner and in good dishes twice a day ...

On that day, which was appointed for the departure of the prisoners, everything in our house was like a fair of clothes and linen. Things were sent to them from everywhere ... Our large courtyard was filled with a crowd, and here there was a sleigh that was provided to the prisoners free of charge by the Vilna cabs ... My father, saying goodbye to the prisoners, discreetly handed them a heavy bag filled with silver ... At the same time, he prudently also sent money to a Russian hospital.

This did not prevent the governor, Mr. Korsakov, who, in general, is a good person, from reproaching my father for a dangerous trick and threatening him with Siberia. "
Of course, such signs of attention worried the nobility, who feared the restoration of Poland as a fire. Back in November 1806, Novosiltsev, Stroganov and Czartoryski reported to Alexander:

“Russia is in danger, great, extraordinary ... Poland does not expect from anyone except France, as they call it, liberation. The successes of the revolution and the victories of Bonaparte have turned this hope into blind faith; and the real incidents have already filled the measure of this expectation; and at the slightest, from which God forbid, failure of our weapons, one of Napoleon's manifesto, the Diet gathered by him, the strong armies led by him, will ignite a flame that will inevitably spread over the provinces annexed to Russia from Poland. "
Alexander I could not continue the war because of these two decisive factors.

Our troops were exhausted, our nobles were afraid of the restoration of the Commonwealth.

The Russian emperor asked for peace.

The meeting of the two emperors was to take place on June 25, 1807 on a raft in the middle of the Niemen. Russia not only did not suffer territorial losses in the end, but also acquired the Bialystok District, which had previously belonged to Prussia.

Napoleon sincerely believed that his dream of a Franco-Russian alliance would come true. How wrong he was!

Alexander described the Peace of Tilsit, signed on July 7, as

"Temporary respite".
But it is already completely different. история... 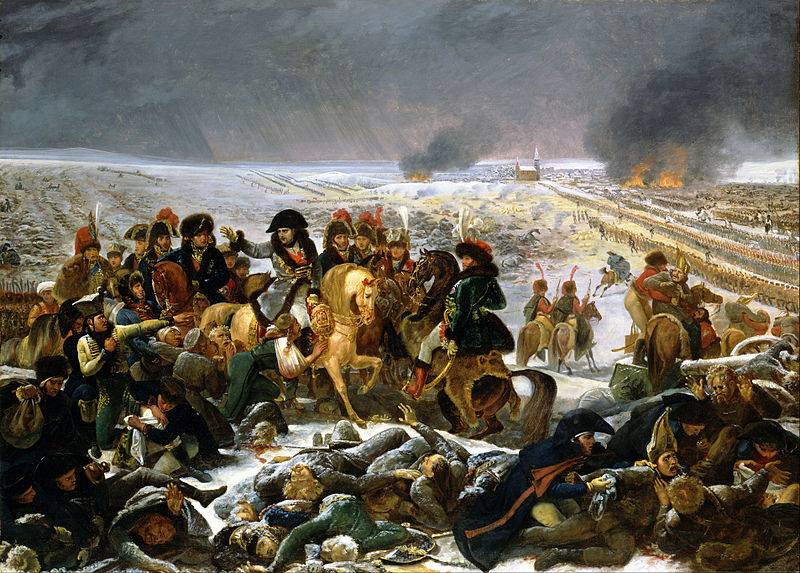 Ctrl Enter
Noticed oshЫbku Highlight text and press. Ctrl + Enter
We are
How Napoleon destroyed the Prussian army under Jena and AuerstedtVasily Kashirin: Russian troops entered Bessarabia and liquidated the Bujak Tatar horde at the start of the Russian-Turkish war of 1806-1812.
Military Reviewin Yandex News
Military Reviewin Google News
53 comments
Information
Dear reader, to leave comments on the publication, you must sign in.