Who will replace “Akademik Chersky” in Danish waters. Chronicles of "Fortune" 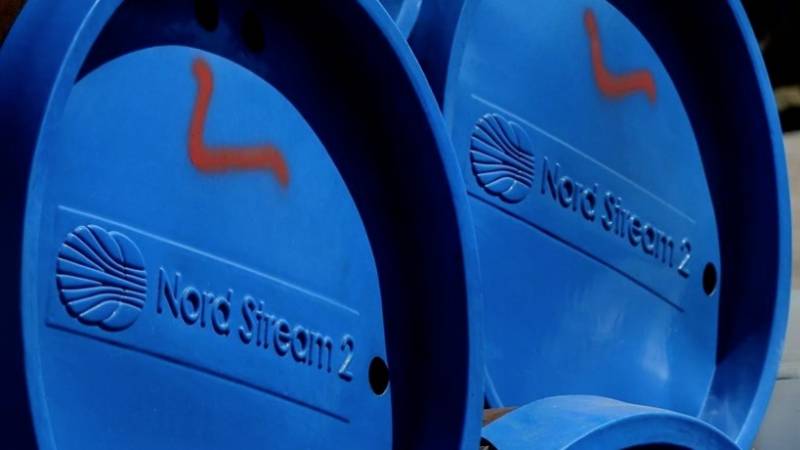 The first issue of our oil and gas chronicles (Where are you going, "Academician Chersky"), which we plan to make regular, ended in early December.

It's a pipe who needs a pipe

At that time, it became clear who, when and how will complete Nord Stream 2. And it became clear that the United States would continue its unprecedented sanctions pressure on an international, in fact, pipeline.

The costs of countering a purely peaceful project were even included in the US military budget. Moreover, the amount under this item may vary. If necessary, no one will forbid Trump's successor in the White House to bring it to several tens of billions of dollars.

This looks especially piquant against the background of the fact that official Washington subsidizes some measly 290 million for political opposition to Russia in general.

In the German shallow water

December 2020 The crane and assembly pipe-laying vessel KMTUS "Akademik Chersky" after a three-day stay to the south of the island. Bornholm went to Kaliningrad.

The barge "Fortuna" on the same days received permission from the Federal Office for Shipping and Hydrography of Germany to continue laying the pipeline. 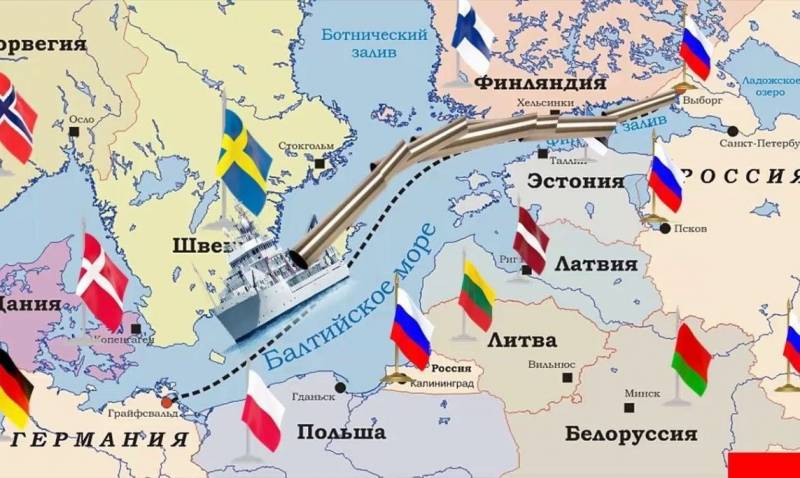 December 9, Wednesday. The Russian pipe-laying barge (TUB) "Fortuna" in tow at the multifunctional anchor handling operator "Katun" left anchorage in the German port of Wismar. The vessels were accompanied by the Vladislav Strizhov icebreaker, which transported personnel to work on the gas pipeline.

In the absence of ice cover in the Baltic, icebreaker escort was not required, but may be required on the return journey after completion of work in German and then Danish waters.

TUB "Fortuna" has permission from the Federal Office for Shipping and Hydrography of Germany (BSH) to carry out work on the pipeline from 5 to 31 December 2020 in the area between the shallow waters of Adlergrund and the Oder Bank.

The construction of the SP-2 section in German waters was previously confirmed by OMV, Gazprom's partner in the project. Some of the ships employed at SP-2 together with the "Akademik Cherskiy" gathered in the Curonian Spit near Kaliningrad.

On the same day, the German Meteorological Service reminded that from January in German waters it is necessary to take into account the factor of flora and fauna. And the laying cannot continue. Therefore, all works in shallow water must be completed in December.

December 11, Friday. TUB "Fortuna" and the anchor handling operator "Katun" arrived early in the morning at the construction site of the Nord Stream-2 gas pipeline in German waters. In addition to the tug "Fortuna" was also accompanied by the supplier "Baltic Researcher".

Nearby were the German ships Krebs Geo and Antares, providing safe operations and a 1,25 mile security zone set by the German regulator.

December 13, Sunday. Fortuna has started laying pipes for the first string of Nord Stream 2. After a pause lasting a year, the prospects for the construction of the Danish section remain in question. The situation with the KMTUS Academician Chersky does not change either, which, unlike Fortuna, can work not only in shallow water.

Oil prices rose for the sixth week in a row. The market continued to gradually recover, supported by the OPEC + decision and vaccine optimism.

December 14, Monday. Fortuna laid about 300 meters of the first string of Nord Stream 2. At a pipe-laying speed of up to 1,5 km / day, the construction of a 2,6 km section in German waters requires no more than 2-3 days per line. But the speed of work is still significantly lower, which is due to the lack of experience in such work on the part of the Russian team.

December 16, Wednesday. The work continues. There are four support vessels in the immediate vicinity of TUB Fortuna: the support vessel for offshore platforms “Baltic Researcher”, the multifunctional icebreaker “Vladislav Strizhov”, the anchor handling tug “Katun”, which brought “Fortuna” from Wismar, taking on the role of a security vessel ... And also under the German flag - dredge "MS Trio", which prepares the bottom for laying the gas pipeline.

The Umka anchor handling ship returned to the German port of Mukran that day.

December 21, Monday. With the arrival of the rescue vessel "Murman" at the stowage site, the pace of work of the TUB "Fortuna" has sharply increased over the past days.

At the same time, supply vessels actively ply between key locations. Revitalization is also visible in the Curonian Spit, where tests of the modernized KMTUS "Akademik Chersky", which will operate in the deep waters of the Baltic in the Exclusive Economic Zone (EEZ) of Denmark, continue. 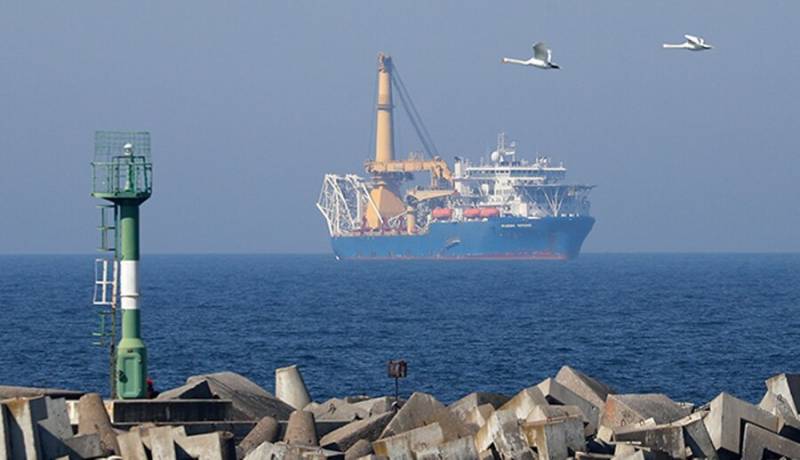 December 22, Tuesday. The Danish Maritime Authority (DMA) has released a notice that the Russian pipelayer Fortuna may begin laying the Nord Stream 15 gas pipeline in the Danish EEZ on 2021 January 2. Permission was granted for two lines of the SP-2 at once.

For the time of pipe-laying, a prohibited zone with a radius of 1,5 km is allocated around ships of limited maneuverability - TUB "Fortuna" and 500 m around "Baltic Researcher" and "Murman".

The Danish section remains the most problematic in the ambitious project. US sanctions against Nord Stream 2, adopted in December 2019, apply to the owners of ships who will build the pipeline at a depth of more than 33 meters.

December 23, Wednesday. The vessel "Murman" - one of the accompanying TUB "Fortuna", has begun to inspect the condition of the bottom in the waters of Denmark south of about. Bornholm in the future pipe-laying site.

Global oil prices continued to decline amid concerns over a new type of coronavirus in the UK. The fall in oil prices is limited by the adoption by the US Congress of a new stimulus package to support the economy.

December 24, Thursday. With reference to high-ranking sources in the administration of President Donald Trump, it is reported that in the near future the US pressure on the project to build the Nord Stream 2 gas pipeline will increase.

December 25, Friday. The operator of the Nord Stream2 AG project reported that TUB Fortuna has completed the construction of the first string of the Nord Stream 2 gas pipeline in shallow waters in the German EEZ.

December 26, Saturday. TUB Fortuna has left the construction site of the Nord Stream 2 gas pipeline in the exclusive economic zone of Germany, heading for Wismar.

Oil prices, after seven weeks of growth, ended the pre-holiday week with a decline to $ 50,34 per barrel of Brent.

It remains to add to the chronicle that on December 24 it became known about the possibility of replacing the pipe-laying vessel "Akademik Chersky", which still has difficulties with equipment certification.

KMTUS "Oceanic 5000" under the flag of Barbados, which has been located in the port of Las Palmas in the Canary Islands (Spain) since July 14, 2020, can take part in the project. In the meantime, in order to block the consequences of US sanctions, the Russian pipe-laying barge Fortuna changed its owner for the second time in three months in December 2020.

Now an entry in the Russian International Register of Vessels (RMRS) indicates that the owner of the vessel is KVT-Rus.

Previously registered with foreign branches of the offshore company, and then with Mezhregiontruboprovodstroy, the barge moved from the port of Mukran, where the flow logistics terminal is located, first to Rostock and then to Wismar.

On October 6, 2020, the Universal Transport Group (UTG) became the owner of Fortuna, and now it is the little-known company KVT-Rus. But the exact replacement date is unknown. A change of owner is not excluded directly during the work.

For the crane and assembly pipe-laying vessel (KMTUS) "Akademik Chersky" with the owner, everything is also not easy. Now it is the Samara Heat and Power Property Fund (STIF), which recently ceased to be an affiliate of Gazprom.

Other ships involved in the project also change owners almost regularly. So the Russian authorities are trying to minimize the risks due to US sanctions. Let us remind you that they also apply to companies participating in false or structured transactions, according to which ships are provided for the completion of the SP-2.

Taking advantage of the time gaps between the adoption of sanctions packages, the Russian authorities change the owners of the vessels just at the moment of the beginning of the action of certain bans.

The Akademik Chersky, 2 Oceanic and Fortuna also have technical capabilities for the construction of Nord Stream 5000 in Danish waters. Denmark is not opposed to the use of such anchored vessels. But, if Fortuna has to work alone, this will greatly delay construction.

Silence of the Lambs"

No, by all indications, the main opponents of Nord Stream 2 (besides the United States) - Poland and Ukraine - will not go to the slaughter because of it. Experts say that at the current pace, SP-2 will be completed sometime in the middle of summer 2021.

Regardless of the internal political situation, the United States will interfere with sanctions and construction and the process of putting the gas pipeline into operation. At the same time, Washington, most likely, will not refuse support from Poland and Ukraine, but only formally.

Money is hardly anymore. And nothing more significant than fines from this side can no longer threaten the project. It's only a matter of timing, although due to the pandemic, the delay in launching the SP-2 can even be considered a blessing.

Gas demand has not yet stabilized. But over time, it will grow, as will prices. However, Poland and Ukraine, which the United States simply cannot stimulate to protest indefinitely, seem to be starting to understand something.

The main thing is that in the event that Germany (and therefore Europe) is defeated in the battle for the SP-2, they cannot win in any way. Gazprom will no longer offer another transit to the old continent.

This means that its turn to the East (so far, actually, more declared than real) will simply become a fait accompli.

Ctrl Enter
Noticed oshЫbku Highlight text and press. Ctrl + Enter
We are
Where are you going, "Academician Chersky"?Results of the week. “In our cooperative, the board is always agreed”
Military Reviewin Yandex News
Military Reviewin Google News
144 comments
Information
Dear reader, to leave comments on the publication, you must sign in.