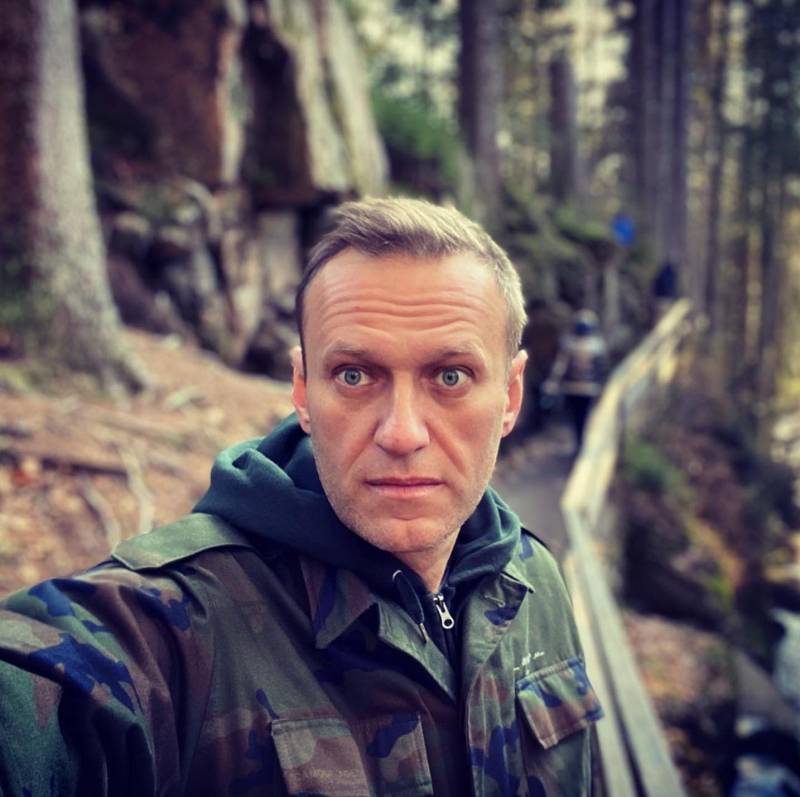 Russian oppositionist and blogger Alexei Navalny faces a real term for evading control of the criminal executive inspection. This was reported on the website of the Federal Penitentiary Service (FSIN).


Navalny may have a suspended sentence replaced with a real one. The UFSIN explained that the oppositionist is evading control of the criminal executive inspection. According to the agency, citing the publication in the Lancet magazine, Navalny was discharged from the Charite clinic on September 20, and on October 12, as German doctors said, he "passed all the consequences of the disease."

Based on the publication, A.A. Navalny was discharged from the Charite clinic on September 20, 2020, and by October 12, he had all the consequences of his illness. Thus, a conditionally convicted person does not fulfill the duties assigned to him by the court and evades the control of the criminal executive inspection
- said the agency.

However, instead of returning to Russia and visiting the Moscow branch of the Federal Penitentiary Service, according to the court's verdict, Navalny continues to stay in Germany and evade control.

It is noted that on December 28, the oppositionist was notified of the need to visit the UFSIN. In case of further disregard of the requirements and "systematic violations", the department, according to the law, has the right to demand from the court that the suspended sentence be replaced with a real one.

Let us remind you that Alexei Navalny has two convictions: in the cases of Kirovles and Yves Rocher. The probationary period in the Yves Rocher case ends on December 30 this year. Earlier, it was suggested that Navalny deliberately stayed in Germany until the end of the suspended sentence, which could, upon his return, turn into "real".