With a new hypersound: achievements and failures of the creators of hypersonic missiles in the past year 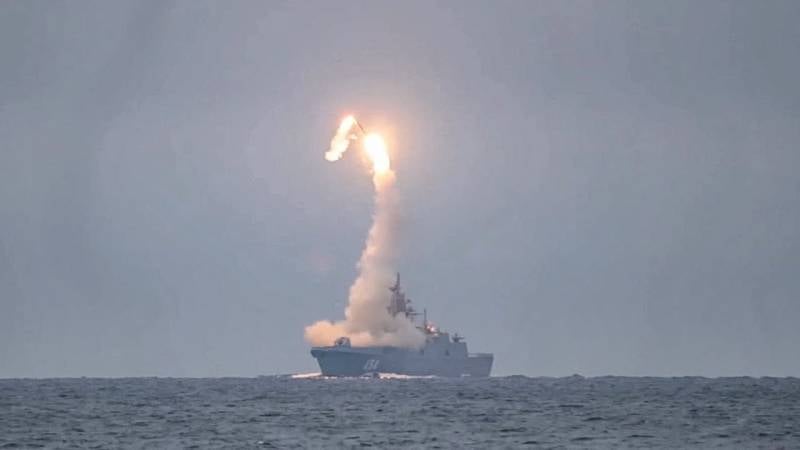 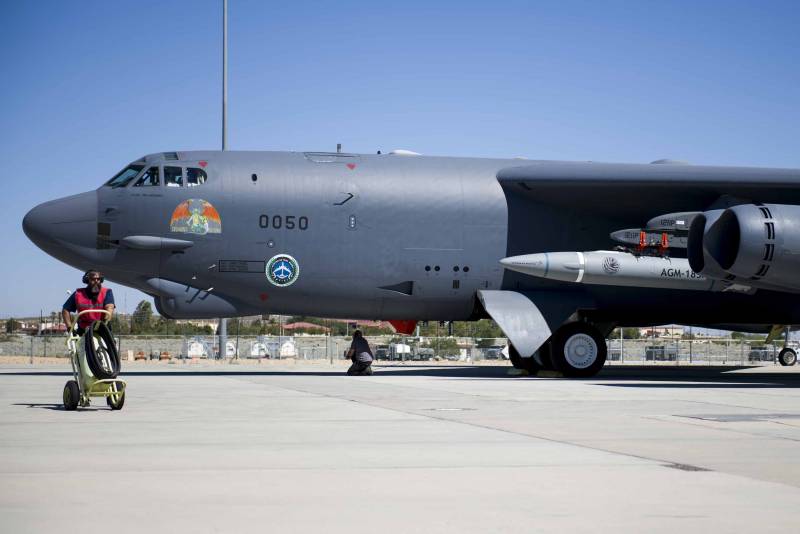 Photo: Matt Williams / USAF
Despite all the difficulties caused by the coronavirus pandemic, as well as the economic problems associated with it, the most powerful countries in the world have been confidently working on promising hypersonic weapon systems for twelve months. Perhaps the final result was not quite the same as it was seen, but the road will be mastered by the one walking. 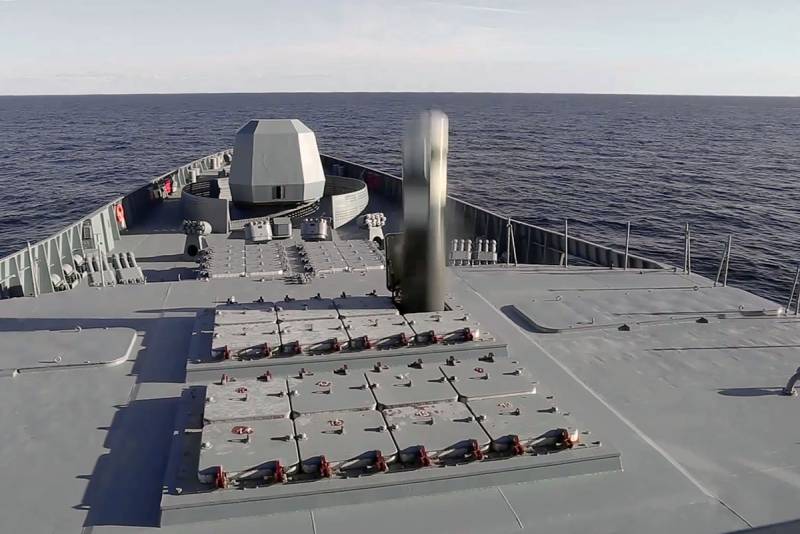 Photo: Press service of the Russian Defense Ministry
The Zircon rocket is sometimes called weaponscapable of

"Change the rules of the game" and "the balance of power at sea."
Now we will not try to find out whether this is so: obviously, the final conclusions are still very, very far away.

One thing can be stated with complete certainty: the rocket development program is actively developing. In February, it became known about the first test of "Zircon" on board the ship. The target was located on a ground range. On October 6, 2020, according to the message of the Russian Ministry of Defense, the frigate of project 22350 "Admiral Gorshkov" for the first time performed shooting a hypersonic cruise missile "Zircon" at a naval target located in the Barents Sea. The product was able to hit a target located at a distance of 450 kilometers, while reaching a speed of more than M = 8, which confirms the previously announced characteristics.

These tests were for ordinary observers a turning point in the program: in fact, Russia for the first time officially demonstrated a new model of weapons.

Previously, almost the only visual confirmation of the existence of the rocket was a photograph of 2019, which captured transport and launch containers (TPK) on board the frigate Admiral Gorshkov. Similar to those that should be used for "Zircons". 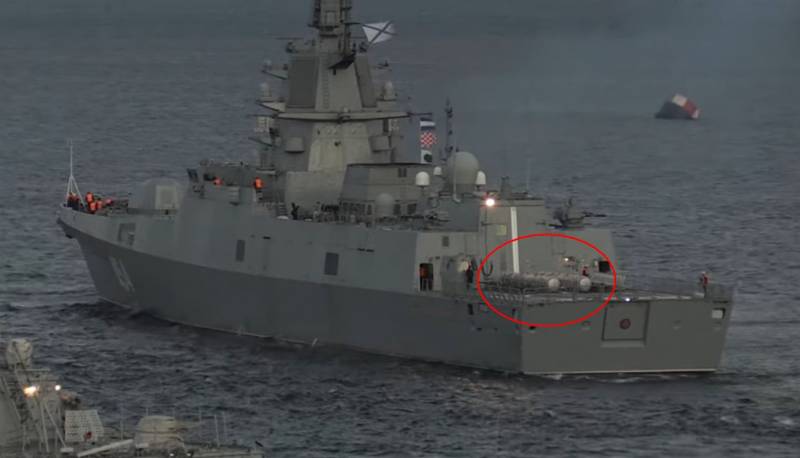 Still from the video: TV channel Zvezda, youtube.com
In December 2020, a video of the new tests of Zircon was posted on the official channel of the Russian Ministry of Defense.

“The next test launch of the Zircon hypersonic cruise missile took place in the White Sea. The target of the rocket launched from the board of the frigate "Admiral Gorshkov" was at the Chizha test range at a distance of more than 350 kilometers ",
- says the description for the video.

In addition to the presentation of the hypersonic missile, the dates for the adoption of the complex into service were announced. According to Deputy Defense Minister Alexei Krivoruchko, the complex with the Zircon hypersonic anti-ship missile will be adopted by the Russian army in late 2021 - early 2022. Prior to that, the Commander-in-Chief of the Russian Navy, Admiral Nikolai Evmenov, said that one of the frigates would be the first to receive the new complex. 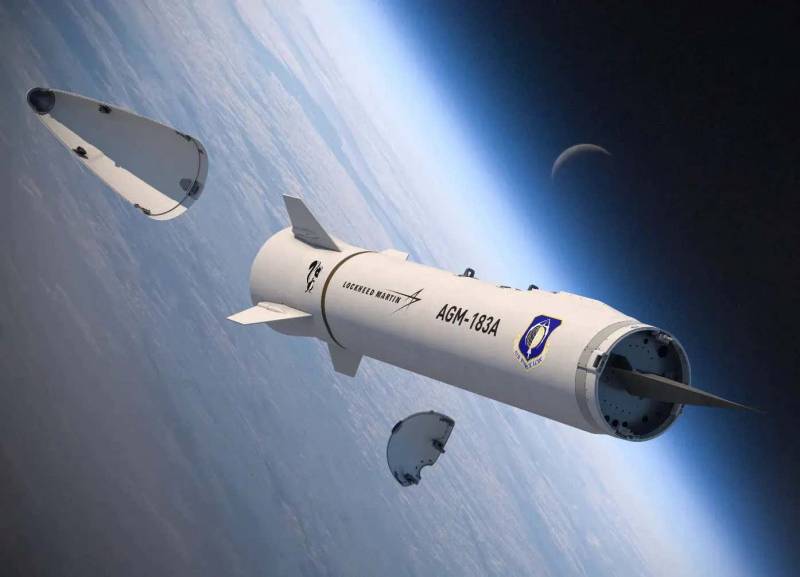 The Americans are now implementing the concept of a hypersonic triad, within the framework of which new and largely unified complexes are to be received by the Navy, Air Force and ground forces.

Perhaps the most attention in 2020 was focused on the promising AGM-183 ARRW hypersonic air-launched missile or Air-Launched Rapid Response Weapon. This is a solid-propellant rocket equipped with a detachable gliding hypersonic warhead.

This year, for the first time, the characteristics of the product, even approximate ones, were revealed: they were voiced by Major General of the United States Air Force Andrew J. Gebara in an interview with Air Force Magazine. As expected, the thesis that the complex will be able to develop a speed of M = 20 turned out to be incorrect (at least, if you trust the new information). The real flight speed will be from M = 6,5 to M = 8. Which is also, of course, not a little. 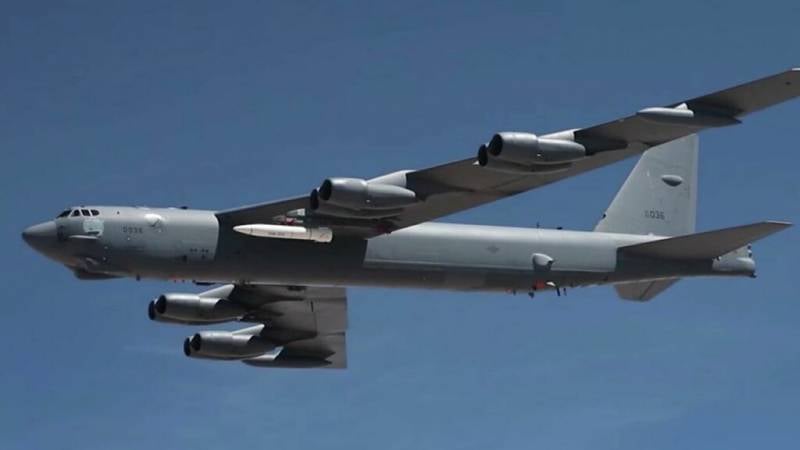 As before, no missile launches were carried out directly. Two prototypes of AGM-183A were hung on the plane. One of them was equipped with a telemetry unit, and the second received some parts of the control system.

It is also noteworthy that recently a B-1B bomber launched an AGM-158 JASSM cruise missile from an external holder. It is assumed that the experience gained can be used to test hypersonic weapons from an aircraft. 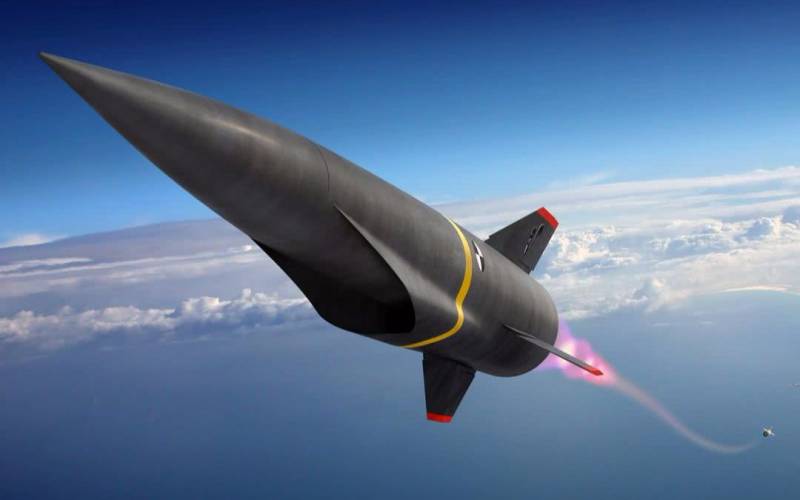 The HAWC (Hypersonic Air-breathing Weapon Concept) hypersonic missile is probably the main disappointment of the year in terms of the development and testing of hypersonic systems.

Recall that the complex is not a very large tactical hypersonic missile, which should be able to hit both stationary and moving targets. Unlike AGM-183A, it will receive a ramjet engine. The bidders are Raytheon and Lockheed Martin. It was Lockheed Martin who allegedly participated in the recent failed tests.

It is not known for certain what exactly happened at the end of 2020. According to Air Force Magazine, the Americans unsuccessfully tested the product from the B-52 bomber. According to the data presented, the problem lay in the mechanical aspects of the launch: because of this, the launch from the strategic bomber had to be canceled.

“This is not an issue related to the design of a hypersonic cruise missile. This is from the category of stupid mistakes ",

- said on this occasion an informed source.

Earlier, a more serious failure befell a project with a similar name and a similar concept - HCSW or Hypersonic Conventional Strike Weapon.

Air Force Magazine reported in February that the program had simply been shut down. The reason is trivial - lack of funds.

Perhaps, in the near future, we will face new postponements and new curtailments of once ambitious projects.

Ctrl Enter
Noticed oshЫbku Highlight text and press. Ctrl + Enter
We are
At the first spaceAn-12 in Afghanistan
Military Reviewin Yandex News
Military Reviewin Google News
27 comments
Information
Dear reader, to leave comments on the publication, you must sign in.