Under the laws of an undeclared war. Year 2020 in Russian history 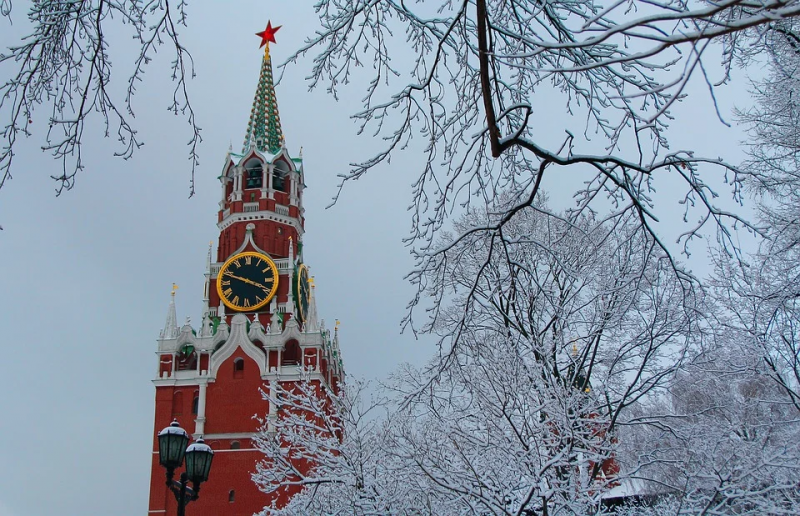 COVID-19 as a reason

It is already obvious that the coronavirus divided our life into "before" and "after". One can relate differently to what is happening in Russia in this regard, but it is COVID-19 that has become the main stress factor for the economy and the social sphere. Everyone around was trying to adapt to the new conditions - which is why 2020 was so difficult and unpredictable.

It is always difficult to find a way out of a situation in which you do not understand well. And that is why 2021 in any scenario will be more successful and much calmer. Because we already know, we can and can. Nevertheless, in order to move on, it is necessary to calmly sort through everything that happened in the outgoing crazy year. 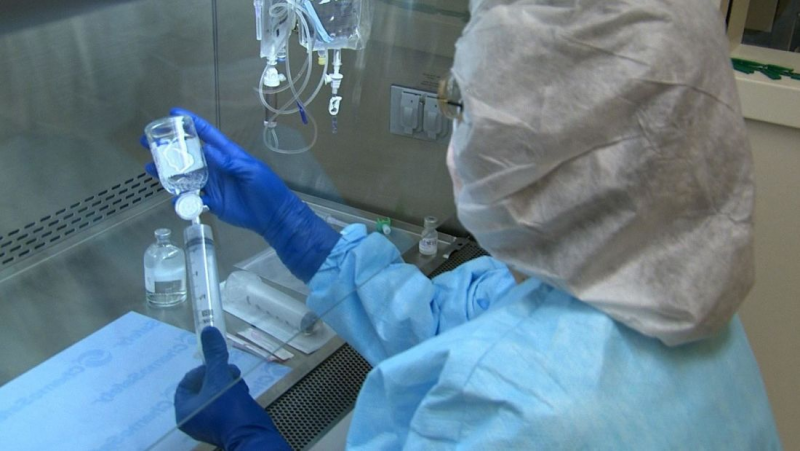 One of the saddest results of 2020 was the statistics on mortality.

According to Rosstat, in January-October many more Russians died than in the previous ten years. On average, 113 people per 10 thousand of the population died, which is 10% more than a year earlier.

An increase in mortality was observed in the overwhelming number of regions of Russia. In absolute terms, 1,661 million Russians died from January to October. The last time there was more only in 2010.

The reasons for the increase in mortality were a whole range of problems, of which it is difficult to single out the key ones. On the one hand, of course, the coronavirus infection claimed many lives - we know about this from the issues News.

But the fight against COVID-19 also caused a real collapse of the domestic health care system, which actually closed its doors to very many categories of patients. People with chronic illnesses have not received and are not receiving adequate medical care. And in some cases, they simply refuse to visit doctors for fear of contracting a pandemic infection. Of course, this element in the increase in mortality also cannot be disregarded.

The introduction of the spring lockdown significantly reduced the movement of population between cities and regions, which has not yet fully recovered. In theory, all this should reduce mortality, at least from the consequences of road accidents. But the overall figures have grown. And a lot.

Also, the statistics of mortality from alcohol binge, into which part of the population went during the forced holidays, remains in question.

In 2020, Russia has definitely begun to die more often. But how much from COVID-19, and how much from the consequences of fighting it, is not known for certain.

The result of the year, which cannot be passed by in any way, was the widespread introduction of distance education.

The universities were the first to take such a step. Obviously, they were concerned about the health of the elderly teachers. Nobody really thought about the consequences of such a step - in a few years "covid" engineers, architects, teachers and a lot of other specialists will come out of the doors of universities.

Well, at least doctors and the military were not transferred to remote education.

But you can look at this problem from the other side.

The curriculum of universities is so divorced from the real needs of employers that a couple of years of student lockdown cannot fundamentally ruin the situation.

In any case, time will tell the consequences of such decisions. 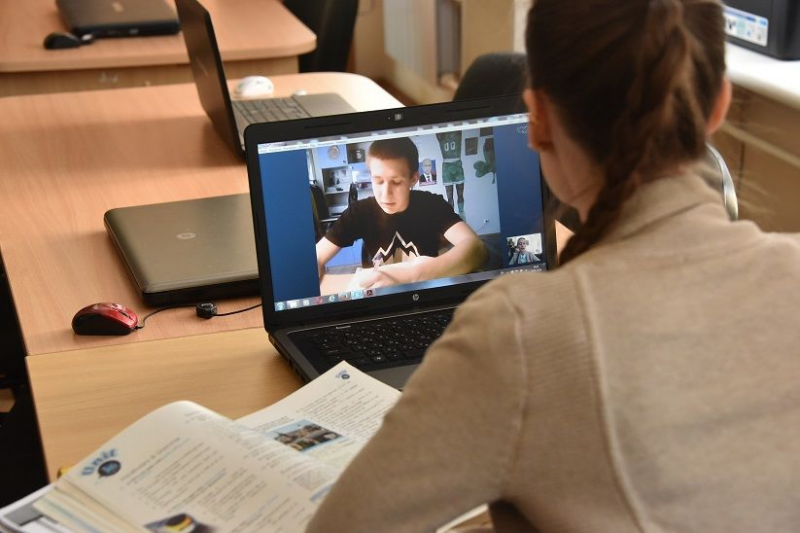 But with schools that have gone to distant education in most regions, everything is much more complicated.

There is still no clear answer to the question:

"Why do adults mainly get sick and die from coronavirus, and schoolchildren from grade 6 are sitting on traumatic distance education?"

This is perhaps the main paradox of the outgoing year.

At the same time, they have created no adequate system for distance learning in Russia.

In general, there are big doubts about the fundamental possibility of implementing such a thing in the next five to ten years. How to teach physics, chemistry, technology and physical education "by wire"?

And the notorious fiber-optic cables are far from being present everywhere. There are tens of thousands of rural settlements in the country without high-speed Internet and computers in their households.

In a number of regions, they have already spat on distance learning (or rather a parody of it) and have let rural children go to schools. And nothing - outbreaks of COVID-19, SARS and influenza did not follow.

The most important conclusion from all stories With remote work, there has been a growing inequality of opportunity. Now, when it became obvious that it was not a short time to return to the desks, the children of wealthy and motivated parents got the advantage.

Those who have money buy "offline tutors", participate in paid educational programs, trying in every possible way to get the child out of the traumatic distance education. The rest are left to their own devices - the school has few options for influencing children who do not leave home for weeks or, conversely, loitering during school hours.

As old as the world

"Who is richer is smarter"

in the near future in Russia will sparkle with new colors.

The poor are growing, but there is hope

Among the negative negative is the growth in the number of the poor, which seems to be an ordinary and quite natural trend.

If a large part of the industries are in depression or, in general, are about to die, there is no need to wait for the income growth of residents. As a result, by the end of the year we may expect a record decline in real incomes to 4,5%.

By the way, the negative dynamics of the impoverishment of the population has been traced for the last seven years. At the same time, the government is making openly clumsy and populist steps, increasing the tax for those earning more than 5 million rubles a year from 13% to 15%. The proceeds are planned to be spent on the treatment of children with serious illnesses.

But why did the state have to take money from the rich for such a good purpose? And why did they think about the problems of unfortunate children only in the midst of a pandemic? Here are a couple of more paradoxical questions for 2020.

In a pandemic year, the Russian economy was supposed to fall by about 4%. And this is perhaps one of the good news.

For example, the GDP of the United States will decrease by 4,3%, Japan - by 5,3%, the European Union - by 8,3%, and Great Britain - by all 10%. You can only envy China with its 2% growth. Indeed, the Chinese will emerge from the pandemic as real winners.

Did everyone notice how everything became good in the Celestial Empire with COVID-19 in less than a month? On February 11, just under 7 thousand fell ill every day, and already at the beginning of March about 100 people. It seems that Beijing simply canceled the coronavirus in the country, and with it all economic restrictions. And he now assures the whole world about the extraordinary effectiveness of his own health care. 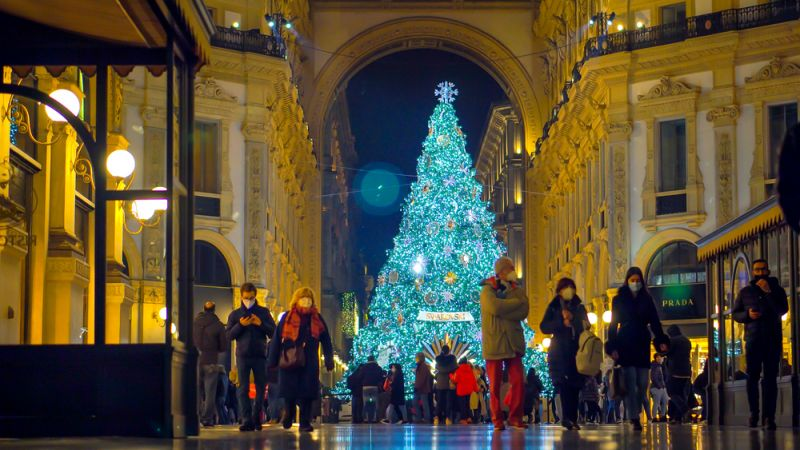 In Russia, unfortunately, it was not possible to cancel the epidemic in 2020. But the second total lockout was not introduced.

There is certainly a recession in the economy. But he does not speak of any impending crisis. Mineral extraction has been growing since August (unfortunately, our main reason for optimism). And agriculture is increasing production.

Most analysts estimate that the coming year will be accompanied by slow but steady growth.

And finally, the main economic outcome of the pandemic for the Russian budget is 4,9 trillion rubles spent from January to September 2020. In 2019, the country recorded a budget surplus of almost 3 trillion rubles over the same period. And now there is a shortage of 1,78 trillion.

On the good news, the notorious National Welfare Fund has hardly been touched. Except for the 60,8 billion rubles withdrawn to cover the budget deficit. At the moment, Russia has $ 167,6 billion in the Fund (11,7% of GDP) and a record low foreign debt.

Looking into 2021 again can be with cautious optimism.

The pandemic shock demanded good news. And they appeared.

At first, everyone voted for the amendments to the Constitution. It seems that the authorities knew in advance about the onset of the autumn-spring wave of COVID-19 and tried to carry out the campaign in relative safety in the summer. Almost in the fresh air.

The second piece of news was Russia's global leadership in developing a vaccine against coronavirus.

"Gam-Covid-Vak" or, in a simpler way, "Sputnik-V", even before the end of the third phase of testing, was officially declared "into service" by Russian medicine.

Despite this, citizens do not believe in Russian science - according to polls, no more than 23% are ready to be vaccinated with Sputnik. And up to half of the respondents refuse to get vaccinated against coronavirus at all.

The author of this material is out of trend for denial and at the end of December received the first dose of a two-component vaccine.

It should be noted that the registration and maintenance of the vaccinated is organized at a high level - on the day of vaccination in the personal account on "Gosuslugi" there was an opportunity to keep a diary of observations of the state of health. True, no previously advertised preliminary tests for antibodies or COVID-19 were carried out - only temperature, pressure and heart rate. 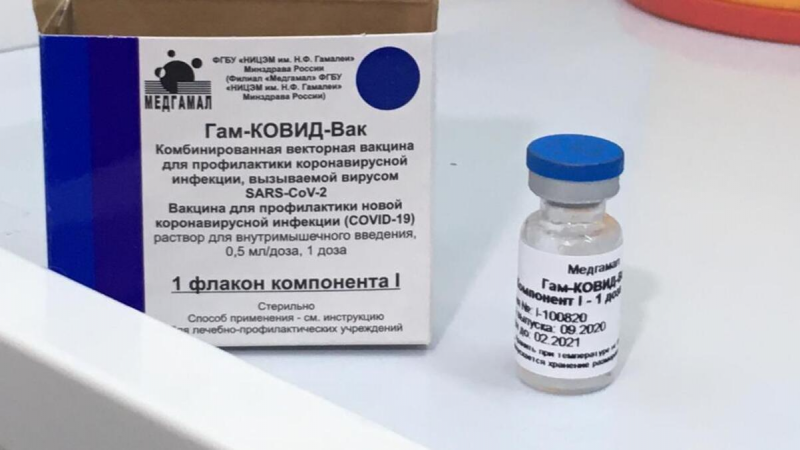 Photo: Ministry of Health of the UR
The lack of oxygen for ventilators in most regions of Russia and the death of patients for this reason is a real shame of the year for the national health care system.

The next freeze of the funded part of Russians' pensions until 2023 can also be included in the final anti-rating.

The poisoning of Navalny and the protests in Khabarovsk are unique in Russian history in 2020. The opposition character distinguished himself in his attempt at the right time and in the right place to shake up the government and then demand sanctions from the West. Whether it was poisoning or not, it doesn't really matter - the subsequent pathetic attempts to bring European damage to Russia to Alexei Navalny will not be forgiven by any sensible person.

Khabarovsk in the summer of 2020 opened a new trend - Russians are not at all apolitical. If citizens feel that rights and freedoms are being oppressed, they may well announce this at peaceful protest actions. And the authorities can quite adequately respond to this.

In 2020, we learned a lot about ourselves, about our loved ones and even people who are not at all close to us.

We remembered what COVID-19, lockdown, mechanical ventilation and high alert mode are. Now we are well versed in virology, immunity and can spend hours talking at an almost expert level about new variations of the coronavirus.

We finally learned that the cost of human life in Russia is now incomparably higher than 30, 40, 50 and 100 years ago.

You can scold what is happening around you as much as you like and quite fairly, but the fact is obvious - even if not always effectively and sometimes awkwardly, in Russia they are ready to fight for life and health at all levels.

And this is perhaps the most important thing in the past year.

Ctrl Enter
Noticed oshЫbku Highlight text and press. Ctrl + Enter
We are
Coronavirus COVID-19: threats, consequences, actionsSituational analysis of the death of the MH17 flight (Malaysian Boeing 777), made on the basis of engineering analysis from 15.08.2014
Military Reviewin Yandex News
Military Reviewin Google News
99 comments
Information
Dear reader, to leave comments on the publication, you must sign in.