In Ukraine: If Russia files lawsuits in international courts over the water in Crimea, it will lose 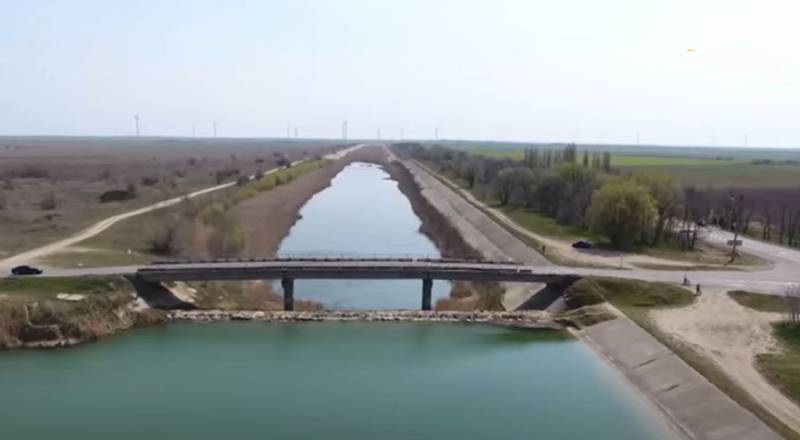 Former Permanent Representative of the Ukrainian President in Crimea Boris Babin made a statement regarding the supply (or rather, non-supply) of fresh water by Ukraine to the peninsula. Recall that earlier the Ukrainian authorities decided to cut off water supplies through the North Crimean Canal, which led to problems for the Crimeans with fresh water, at the same time pushing them to search for their own sources of fresh water. They also started talking about desalination plants.


At the same time, it was also said that Russia may file claims in international courts against Ukraine in connection with actions that violate human rights - the rights of Crimeans, many of whom are also citizens of Ukraine.

According to Mr. Babin, "if lawsuits are filed against Ukraine, Russia will inevitably lose."

Ex-Permanent Representative of the President of Ukraine in Crimea:

In this case, Russia will be faced with difficult questions. And the demands themselves are heard from persons who are not authorized to make such statements.

According to Babin, Russia insists on the restoration of the water supply to the Crimean Peninsula through the North Crimean Canal:

But international courts have rejected Russia's appeal to environmental and human rights law.
According to Babin, Russia has no right to demand anything against Ukraine, "since Crimea is part of Ukraine."

We will tell them how we can guarantee that you supply our water to the population, because we do not control the territory of Crimea.
Statements surprising in their absurdity. It turns out that Ukraine allegedly "cannot receive guarantees from Russia for the supply of water to the population," and therefore simply cut off the water in order to know for sure that the population will not get it ... "Logic", which speaks of the level of inadequacy of representatives of the Ukrainian authorities, including separately taken their former representatives.
Ctrl Enter
Noticed oshЫbku Highlight text and press. Ctrl + Enter
We are
Reports from the militia of New Russia for 27-28 September 2014 of the yearInterview of Vladimir Putin with Radio Europe-1 and TF1
Military Reviewin Yandex News
Military Reviewin Google News
175 comments
Information
Dear reader, to leave comments on the publication, you must sign in.