Armies of Europe - Unite! The birth of a new threat on Russia's western borders 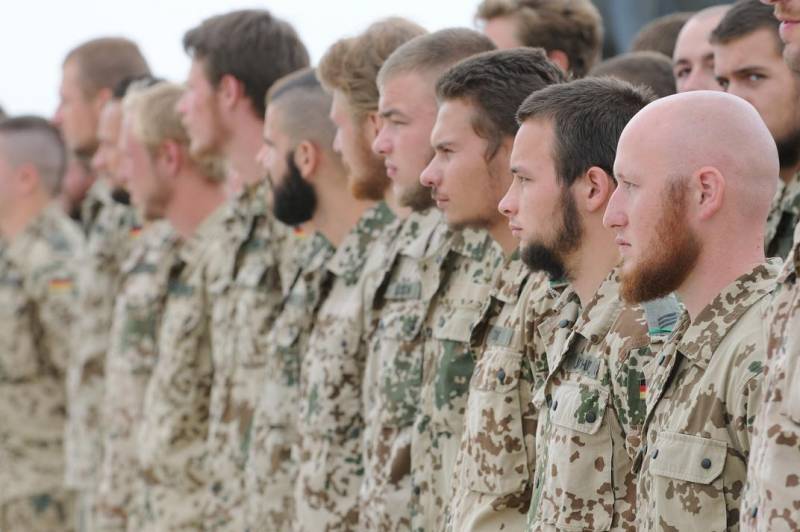 They decided to gather forces in Europe back in 2017, when the Council of the European Union agreed on a mechanism for implementing the "Permanent Structured Cooperation". The initiative to deepen military and military-technical cooperation came from Germany, Italy, France and Spain. The idea was received with a bang - 28 of the 25 EU countries agreed to become part of the project. As expected, Great Britain refused (it had its own way, and the exit from the EU was on the nose), Denmark, which did not participate in a military partnership within the European Union, and Malta, which decided to save some money for now. 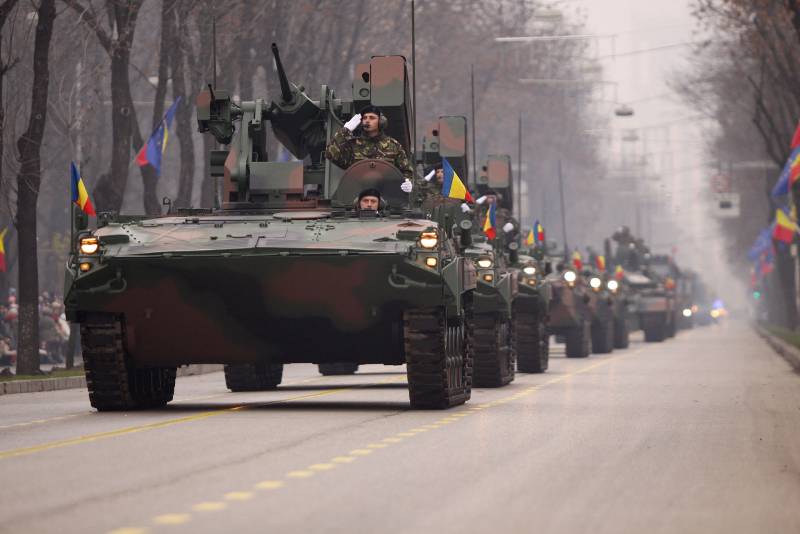 Photo: Constantin Barbu, Wikimedia Commons
The logic of the creation of their own military bloc by the Europeans as opposed to NATO and American hegemony is quite understandable. In the foreseeable future, the European Union is not going to fight each other, therefore it is much more effective to be friends together against external enemies. Together, it is planned to save on the development of expensive defense projects - each participating country must be included in at least one such case. By locomotive stories France is involved in 31 joint projects at once, in ten of which the country is the leading one. By the way, it was Manuel Macron who was one of the first in Europe to talk about the creation of a common European army and is defending this idea at the present time. It is safe to say that it is France that is becoming the real regional leader in the military-political sense. The second place in terms of cooperation and involvement in project activities is shared by Spain with Italy with 25 projects. The low role of Germany in the Permanent Structured Cooperation is indicative - 3rd place with only 15 projects, of which Berlin controls only 7. For comparison, Greece is involved in 14 projects, in 5 of them the country plays a major role. The military-technical potential of the Federal Republic of Germany within the framework of this cooperation actually equaled the Greek one - a quite definite signal of a change in the European leader. 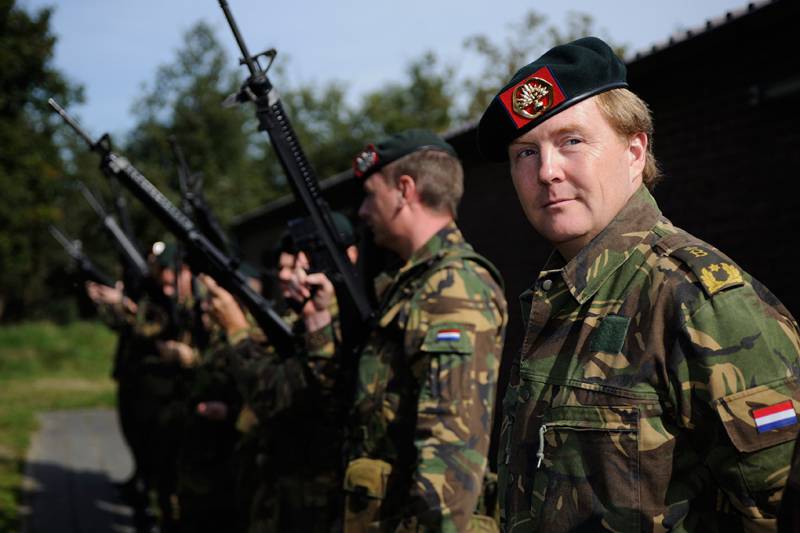 Countries wishing to save money on collective European security are also interesting. This is expected. Estonia, Latvia and Lithuania, flirting with the United States in every possible way in defense matters - on average, the Baltic countries are cooperating in 2-3 projects. In the very tail are Luxembourg and Ireland, who have assumed participation in only 4 projects for two and are not leading in any of them. Probably, there would be a possibility, these countries would not take part in collective development at all, but the requirements of the structure indicate work in at least one case.

The composition of the "Cooperation" is not final. European leaders intend to involve third countries - for example, Norway and, if the situation allows, even apostate Great Britain. Over time, military collaboration should become a real alternative to the North Atlantic military bloc, and in a separate perspective, push it out of the Old World.

Money is divided in Europe

The countries of "Cooperation" have already agreed on the requirements for the participants ashore. Military spending in the states on the project should gradually increase to 2% of GDP, with up to 1/5 of them planned to be spent on military equipment. In general, military spending in Europe is growing every year. At least at the level of declarations. Since September 11, 2001, NATO has been asking its members to add at least 2% of GDP to its common treasury. The Europeans shamelessly ignore these numbers - from 2001 to 2014, the Old World's share in NATO's total spending fell from 37% to 25%. After the shake-up in Ukraine, they decided to add money, but not much. In particular, France by 2019 brought expenses to 1,84%, and Germany even less - to 1,36%. On average, Europeans spent 1,58% of sovereign budgets last year, which naturally pissed off the United States as the main sponsor. However, NATO Secretary General Stoltenberg is in no hurry to beat out debts from his compatriots. According to him, dated late 2019:

By 2024, at least 15 members of the organization will spend 2% of GDP or more on defense needs.

Given the pandemic pit, these statements now look very optimistic. Nevertheless, the burden of military spending is increasingly pressing on the Europeans. Per capita appropriations have grown 2014% in five years since 16,5, from $ 417 to $ 486. Is it a lot or a little? In the same years, the United States spent 2,072 million dollars on defense in terms of one citizen! Despite such spending, Europe has firmly decided to create its own “Permanent Structured Cooperation”, allocating additional budgets for it. This is largely due to the US technological leadership. Washington is well aware of its hegemony within NATO and all the benefits for its own military-industrial complex. Europe in this story is gradually becoming a commonplace market for military products of an overseas partner.

In the list of projects that the Europeans have divided among themselves, there are 47 positions, the financing of which is planned until 2027. This includes the creation of a European corvette-class patrol ship (curated by Italy), and the modernization of the Tiger helicopter (curated by France), and the creation of remote-controlled robots (the leader is Estonia), and the formation of a united European intelligence school (the main one is Greece ). But at the moment, cooperation does not include many of the landmark military-technological projects for Europe. So, the cooperation does not include expensive development of a new tank and a multipurpose aircraft - the performers, regardless of all, remained Germany and France. The situation is similar with the submarines of the Norwegian-German project 212CD. When these combat units will be created in metal, on what grounds will they be included in the hypothetical Pan-European Army? Or is Collaboration a business-as-usual business scheme to save resources and time spent on developing secondary products? 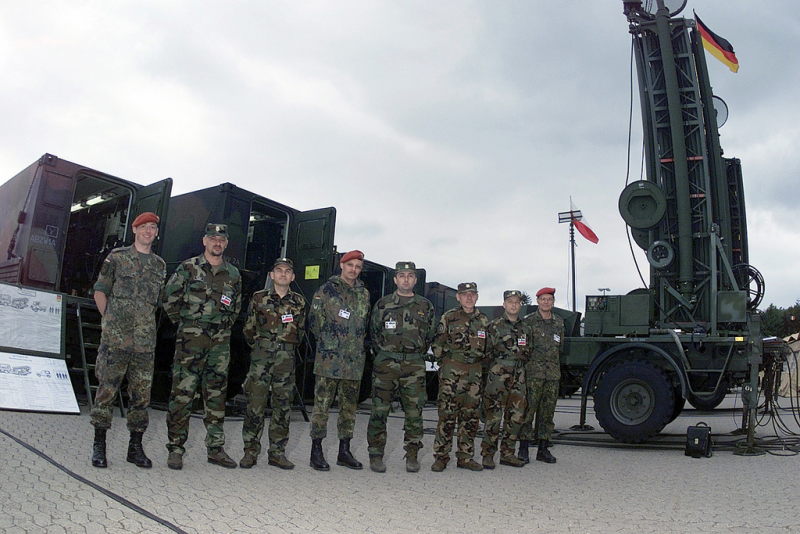 This controversial dispersal of defense assets in the coronavirus era is justly outraging voters. In this regard, the opinion of the authoritative German publication Deutsche Wirtschafts Nachrichten on the prospects for European military consolidation is indicative. Germany in recent years has been constantly increasing its military spending - this is not surprising, given its membership in NATO and in the mentioned "Cooperation". But this is not the most important thing. Burgers see no real fruit of the increased burden on family defense budgets. Low combat readiness of the Bundeswehr (up to 70% of equipment and weapons are faulty), defective G36 rifles (low accuracy due to barrel overheating) and failure with the outdated multirole fighter Eurofighter Typhoon - these are just a few complaints about the German defense capability. Fixing these errors will be even more expensive. The aforementioned Franco-German Leopard 3 could cost a hefty 100 billion euros. The cost of the sixth-generation Future Combat Air System (FCAS) fighter will be approximately the same, the date of adoption of which is shifted to 2040. It is worth recalling that while the Europeans do not have a fifth-generation car at all, except for the American F-35. Will you be able to jump over a generation? It will succeed, the Germans believe, relying on a single European army with transparent financing and spending. Do not spend on financing at least three military and military-technical associations, but focus on one. And stop getting involved in the adventurous fight against terrorism in all parts of the world. So far, this only adds thugs to European capitals. And the freed up resources can be used to fight the pandemic and humanitarian projects.

Agreed, but not quite

The creation of a new army of united Europe on the western borders of Russia is hampered by several factors at once. First, the goals of European countries are different. If the Baltic states are seriously afraid of a Russian invasion, then the countries of Western Europe are more concerned about putting things in order in African states. Secondly, the presence of US bases in Europe. Washington should by no means be allowed to consolidate the military in the Old World. Perhaps the Americans fear this even more than the common European army fears in Russia. The concept of controlled chaos in Eastern Europe implies the hegemony of the American armed forces in the region. This is the only way Washington can continue to separate the Russian energy potential from the European technological one.