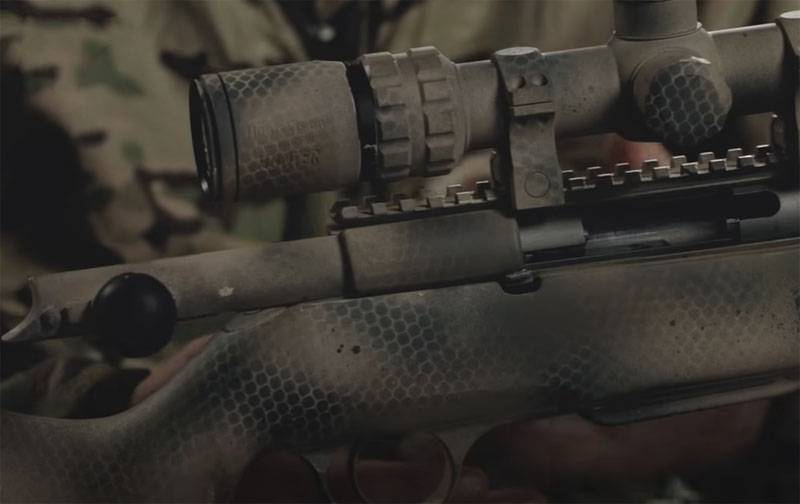 One of the options for modern sniper rifle weapons in our country is the TB2-Law rifle. This weapon was created on the basis of the Maral carbine prototype. At the same time, in its concept, the rifle is in many ways similar to another carbine - "Los".

The video "Personal Arsenal" tells and shows this version of the Russian "forward", made under the cartridge .308 Winchester. Rifle barrel length - 350 mm.

When I found out about this rifle, I immediately began to dream about it. I dreamed for a year, dreamed for two, dreamed for three ...
The expert also talks about the strange appearance of his "Maral" from "Browning", which can be called either a coincidence, or an attempt to impose competition in this niche.

Evgeny Spiridonov explains that he did not like the weapon in question. In particular, we are talking about the store, which, as he notes, was ergonomically imperfect.

To be honest, the "upright" itself was not perfect. But one must understand that it was a concept that was simply taken to exhibitions.
Today "Maral" is a short hunting rifle, suitable for both paddocks and ambushes.
Clip from the Kalashnikov concern:

Ctrl Enter
Noticed oshЫbku Highlight text and press. Ctrl + Enter
We are
Analysis and testing of the prototype of the Russian sniper rifle TB2-LAWThe history of the assault rifle MP-43
Military Reviewin Yandex News
Military Reviewin Google News
1 comment
Information
Dear reader, to leave comments on the publication, you must sign in.