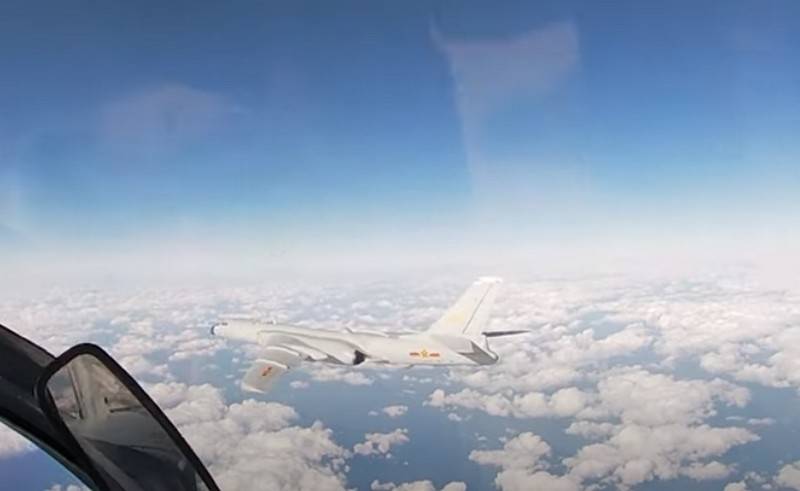 After a joint patrol of Russian and Chinese strategists in the Asia-Pacific region, China compared the Hung-6 strategic bombers with their Russian and American counterparts. The Hong Kong edition of the South China Morning Post writes about it.


According to Chinese military experts, the joint patrolling of two Tu-95MS of the RF Aerospace Forces and four Hun-6K PLA over the waters of the Sea of ​​Japan and the East China showed the shortcomings of the Chinese bombers. Compared to their Russian counterparts, Chinese bombers have a shorter flight range and payload.

In addition, only the latest version of the Hun-6N bomber has the ability to refuel in the air.

The Chinese bomber Hun-6 is based on the old Russian Tu-16 Barsuk bomber, which was commissioned in the 50s. Although China has modernized it, it is still the old model. Chinese bombers cannot fly as far without refueling and carry the same cargo as Russian and American bombers
- said John Grevatt, military aircraft specialist and defense analyst in the Asia-Pacific region for the defense industry at Janes.

At the same time, experts say China is developing a next-generation strategic bomber, the Hun-20. This stealth subsonic bomber is expected to give China new capabilities and expand its reach.

According to available information, the Hun-20 will be able to carry four supersonic or stealth cruise missiles. The estimated flight range of the new strategist is about eight and a half thousand kilometers, the payload is 45 tons.
Ctrl Enter
Noticed oshЫbku Highlight text and press. Ctrl + Enter
We are
Russian and Chinese strategists carry out second joint patrolHong Kong edition calls on Russia to lead military operation against Islamic State
Military Reviewin Yandex News
Military Reviewin Google News
75 comments
Information
Dear reader, to leave comments on the publication, you must sign in.