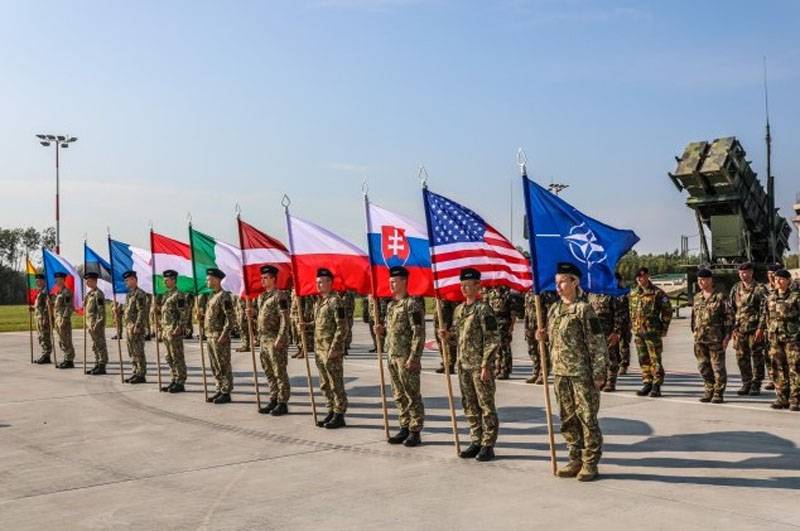 Until now, the question remains about the agreement between the USSR and the United States on NATO's "non-expansion" to the east. It is usually pointed out that in 1990, one of the Soviet conditions for agreeing to the unification of Germany was NATO's refusal to include new members from Eastern European countries.

Was there a deception?

It is believed that Washington agreed to abandon the expansion of the Alliance, but violated the agreement, which was concluded orally. In the West, they argue that there was no such promise and could not be, since such decisions are made collectively by all NATO members, and not individually by the United States.

Actually, it was initially naive for the Soviet side to rely on mere verbal assurances that NATO would not expand eastward without backing them up with seals and signatures. This may indicate either that nothing of the kind was discussed, or the negotiations on behalf of the USSR were conducted by complete profane, or Moscow then did not count on compliance with the agreements and did not want them.

Even if there was a contract, it was in no way supported by documents. That is, we cannot demand compliance with it. And its official registration would hardly have led to anything, because the United States would still violate the terms of this document. And they would refer to the fact that the second participant in the negotiations, the Soviet Union, no longer exists.

Therefore, the dispute over whether there was an agreement hardly has any practical meaning.

When the Cold War ended and the USSR collapsed, the members of the former Warsaw Pact began to communicate with the North Atlantic Alliance in a more intimate and friendly manner. And already in 1999, several countries that were previously considered part of a single socialist camp joined the Alliance. The first "swallows" were Hungary, the Czech Republic and Poland, which officially entered NATO on March 12, 1999.

This happened at the 50th anniversary summit of the military bloc in Washington, but it is difficult to call this step sudden and unexpected, since preparations for it lasted for several years. The fundamental possibility of further expansion in NATO was announced back in 1994. In Russia, even liberals who advocate rapprochement with the West reacted negatively to this. For example, Anatoly Chubais criticized the Alliance for the fact that its expansion would become an expression of the West's distrust of the political and economic reforms being carried out in our country.

The final decision to join NATO for the Czech Republic, Poland and Hungary was made in 1997 at the Madrid Summit. At the same time, the future NATO members expressed that they should not stop at what has been achieved and should begin preparations for admission to the ranks of the Baltic countries. And Poland also proposed Ukraine's candidacy.

In addition, then for the first time after the collapse of the USSR, the military bloc began to include former Soviet allies in its composition, they adopted another historical decision. It was decided that the forces of the Alliance could be used outside of it. 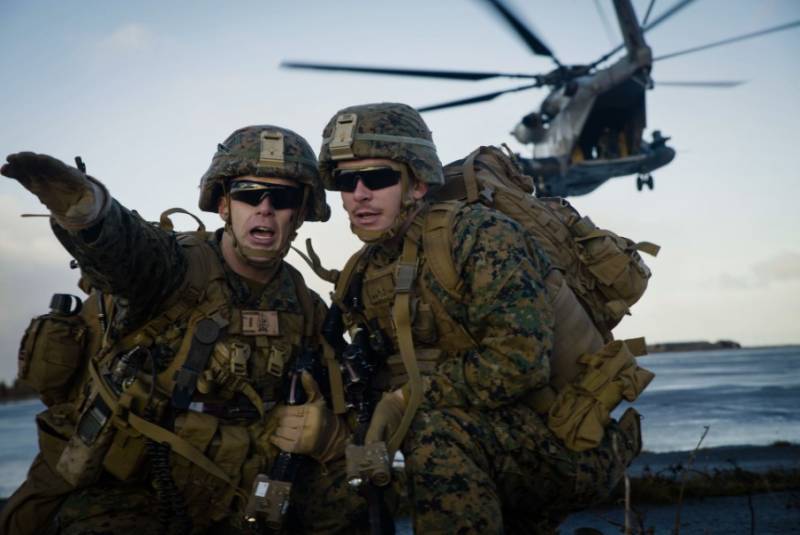 Having received this right from itself, the North Atlantic bloc immediately hastened to implement it. Less than two weeks after the summit, NATO bombing of Yugoslavia began. Thus, the world was shown that there was a master who should be obeyed. And the one who does not want to bow his head will be punished. 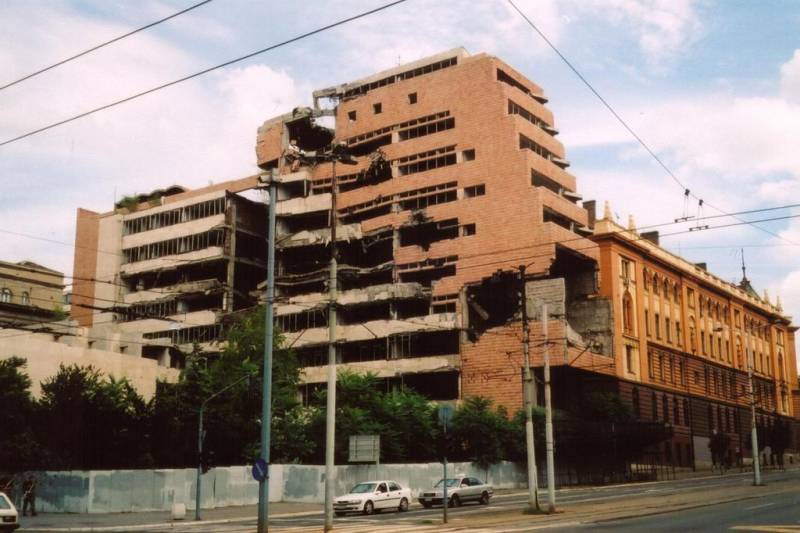 It was then that the last illusions about the fact that the Alliance would be disbanded as unnecessary and that it did not pose a threat to our country disappeared in Russia.

Of course, Russia is not thrilled with NATO getting closer to its borders. From the point of view of the military, the closer the Alliance is to us, the faster it can deploy its troops, the less time Russia will have to bring its troops to a state of readiness. And the time for enemy missiles to approach targets in the European part of our country is decreasing. This is understandable to non-military people.

After 1994, when they began to talk about the potential for admitting new members to NATO, the President of Russia was neutral about this. But when Madrid specifically decided to join the Alliance of the three former socialist countries, Yeltsin refused to attend the NATO summit in protest.

And after a few days after the admission of the Czech Republic, Poland and Hungary to the Alliance, the North Atlantic bloc began aggression against Yugoslavia, Russia reacted even more sharply. We are talking about the U-turn of the plane over the Atlantic in which Russian Foreign Minister Yevgeny Primakov flew to the United States, and his return to Russia. We will not dwell on this expression of protest against both the bombing of Yugoslavia and the admission of new members from Eastern Europe to NATO, because it was not the only one.

The Alliance's invasion of the Balkans was perceived in the Kremlin as an act of blatant aggression. Russia began to curtail cooperation with NATO, which by that time was already quite close. Moscow has recalled its Chief Military Representative to the military bloc, suspended participation in the Partnership for Peace and Russia-NATO programs, as well as in other joint initiatives.

In addition, in the Pacific Ocean, the Navy conducted large-scale military exercises involving a large number of surface and submarine warships, in which, among other things, missile launches were practiced. The Russian Federation also announced the intensification of intelligence activities and an increase in the combat readiness of the Armed Forces. It was also announced about the transfer of part of the Black Sea fleet in the Mediterranean Sea.

As Yevgeny Primakov later admitted, the main purpose of this pressure was the hope that it would cause a split between the United States and European NATO members and force the Alliance to end its military operation in the Balkans. 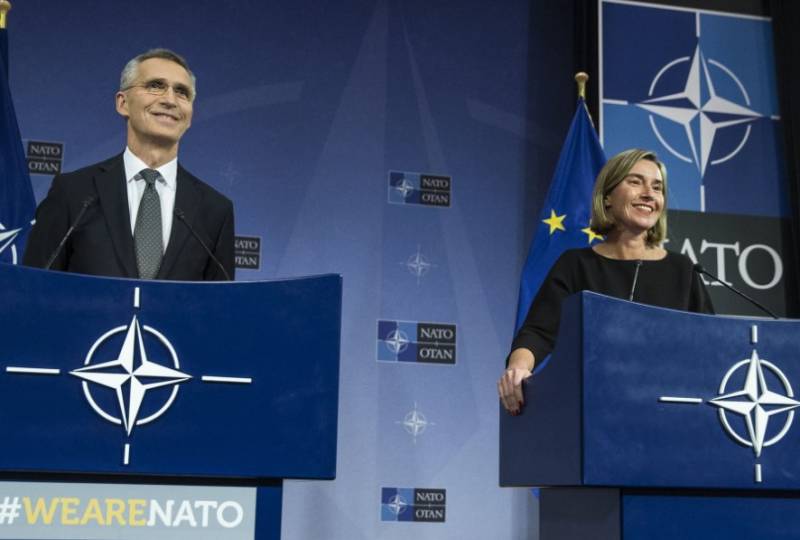 Convinced that, despite the harsh reaction of Russia to the expansion of NATO and its military operation against Yugoslavia, no disagreements between the members of the Alliance are manifested, Moscow resigned to what was happening, softened and resumed cooperation with the North Atlantic bloc in some areas.

In particular, Viktor Chernomyrdin, on behalf of President Yeltsin, joined the negotiations on a peaceful settlement in the Balkans. They did not send the fleet to the Mediterranean either; only the Liman reconnaissance ship was transferred there.

And already in 2000, the likelihood of our country joining the Alliance was even admitted. True, no practical steps were taken for this. But be that as it may, and cooperation between Russia and NATO by that time was restored almost in full. Moreover, in 2001, the Russian Federation supported the Alliance's military operation in Afghanistan. But she refused to take part in it.

More than 20 years have passed since the first post-Soviet NATO expansion. Since then, virtually all of Eastern Europe, including the "Baltic tigers", has become members of the Alliance. Prospects of Ukraine and Georgia joining NATO are now being seriously discussed. For Kiev, despite all its efforts and anti-Russian rhetoric, the chances of becoming a member of the Alliance are slim. Georgia, on the contrary, is already in fact with one foot in the North Atlantic bloc.

As for Russia, today its relations with NATO are no better than those of the Cold War. And we again look at each other through the sight and strengthen the defense. After all, it is worth relaxing and we will turn into another Yugoslavia.