Combat aircraft. The Flying Dutchman: the cruiser shot down on takeoff

December 30 2020
60
We are now going to talk about a rather peculiar plane from an extraordinary country. We are talking about Holland, which is now called the Netherlands. But then it was Holland with all that it implies, so let's talk about the Dutch plane. 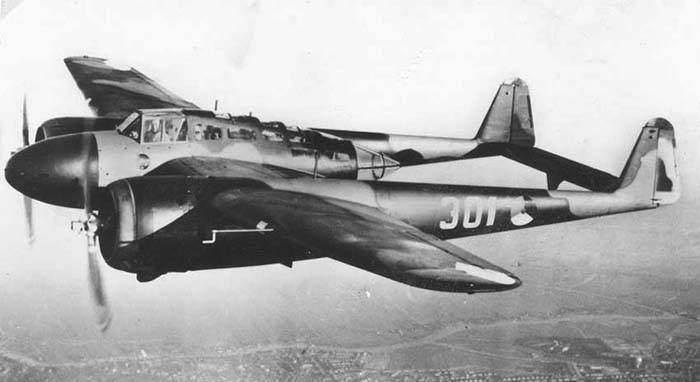 In general, at the beginning of the last century, Holland was a country "very so-so". Yes, the colonies still remained, but the country clearly did not play the first roles in the European arena. Nevertheless, Holland had a fleet, ships were built, and planes were also built.

Holland, small in size and budget, had a big trump card in his pocket. Trump's name was Anthony Fokker. Generally, Anton Hermann Gerard Fokker, but let's be more modest. Anthony. In principle, the name is not so important here, the head is more important. 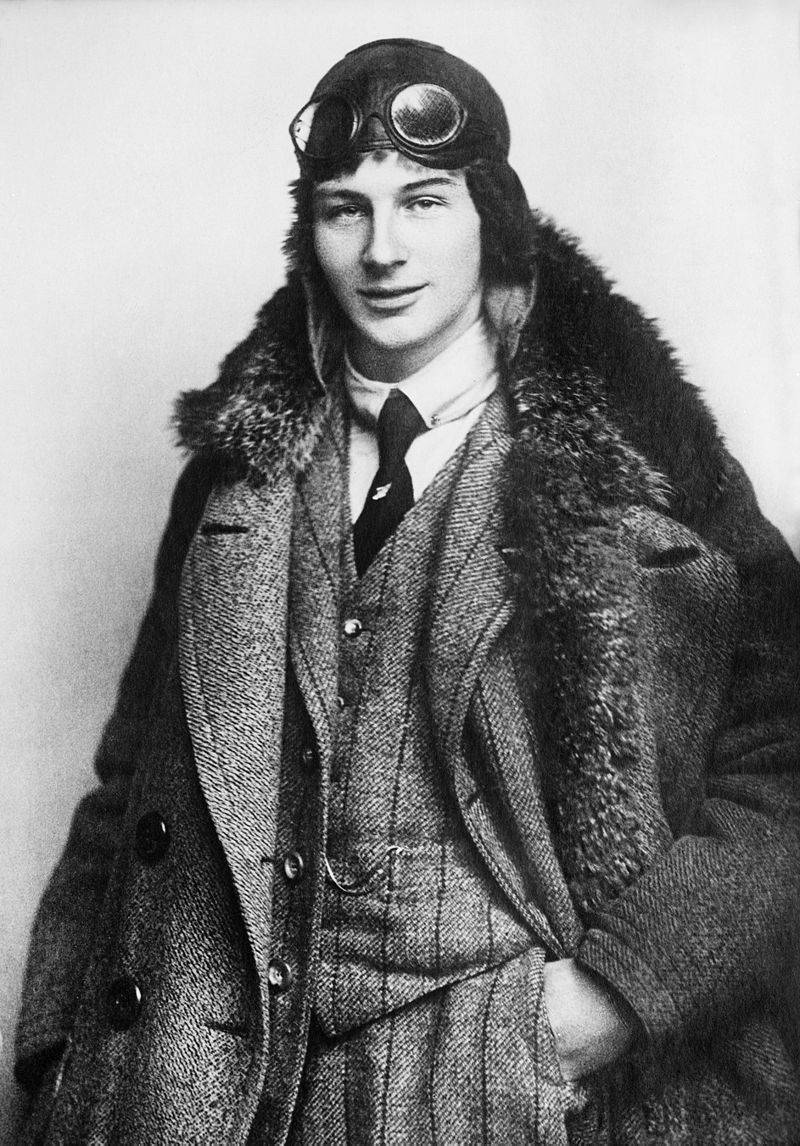 And Anthony's head was right. In World War I, he did a good job for the good of Germany, his Fokker-Triplan was one of the best aircraft of that war along with the Sopwith Camel and Nieuport-XXIV.

However, after the defeat of Germany, Anthony was tormented by homesickness and he returned to Holland. This was welcomed by the authorities, planes were still needed. But with a caveat.

In the early 30s, Holland, which suffered greatly from the war precisely in economic terms, lacked a lot. Especially money. So, the Dutch could not afford to build, as was customary in advanced countries, a fleet of different types of aircraft. Therefore, Fokker and his designers were assigned an interesting task of creating a universal aircraft that could be used, depending on the circumstances, as an attack aircraft, bomber and fighter.

Erich Schatzky
The theory of unification of the entire fleet on the basis of one, but multifunctional vehicle. This aircraft was supposed to combine the functions of a fighter, a reconnaissance aircraft and a light bomber. During the First World War, planes were reprofiled and used easily, but in the 30s it was not easy.

However, Shatsky and the team coped. Designing an aircraft with different application requirements is not easy. This is the path of compromises, and you understand that compromises do not always lead to a bright future, because you have to sacrifice something.

Shatsky decided that it would be most beneficial to create a family of aircraft based on one design, but not by replacing equipment. Shatsky's idea was to create a universal twin-engine aircraft, made on the principle of a two-boom monoplane with a central nacelle. And this gondola and change, depending on what task will be assigned to the plane.

In 1935, the aircraft project took on real shape. They named it G.1. Mixed construction of wood and steel pipes with the inclusion of a scarce duralumin. The motors were French, "Hispano-Suiza" 14Ab with a capacity of 680 hp. 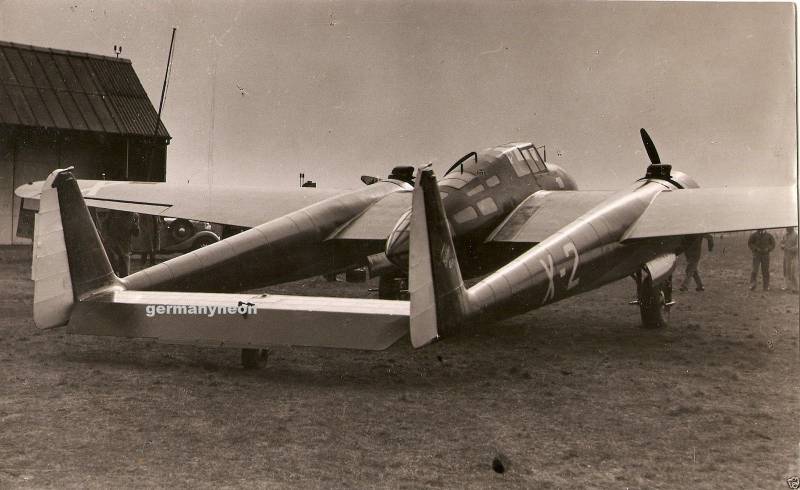 The armament was planned to be installed in the fuselage. The project provided for several combinations of weapons, and when it became clear that it was easy to install 2-4 Hispano-Suiza cannons there, the concept of an attack aircraft was added to the scouts and bombers.

Combinations of 20mm and 23mm cannons and 7,92mm machine guns promised quite good firepower. Plus, a 7,92-mm machine gun was also provided for the defense of the rear hemisphere at the navigator-observer, who also became a shooter. 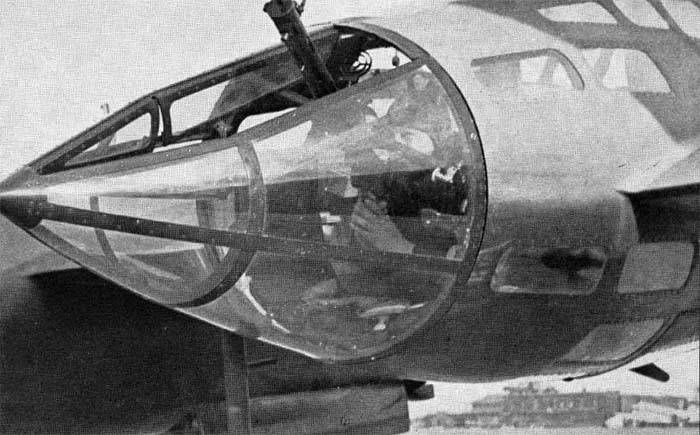 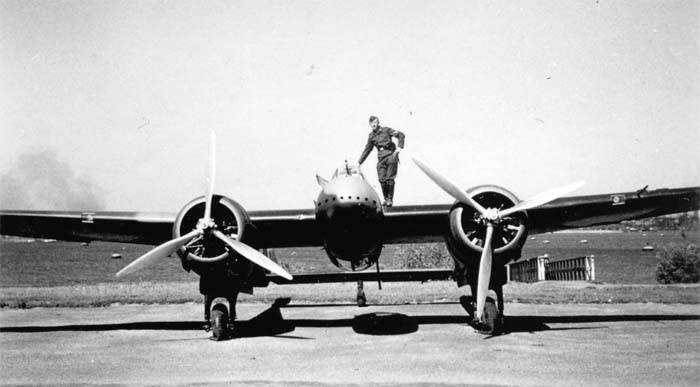 In addition, a bomb bay was equipped behind the cockpit, in which it was possible to place up to 400 kg of bombs. Even fighters retained their bomb bay.

In the variants of the fighter and attack aircraft, the crew consisted of two people, for the bomber and the reconnaissance aircraft it increased to three people. The bombardier navigator was relieved of the machine gun, and squeezed between the gunner and the pilot, in place of the internal fuel tank.

In 1936, the plane was ready, and it was sent to the air show in Paris, hoping to earn extra money. The aircraft was billed as "Fokker" G.1, but journalists instantly gave it the nickname "Faucher", that is, "Reaper", hinting at its powerful weapons. 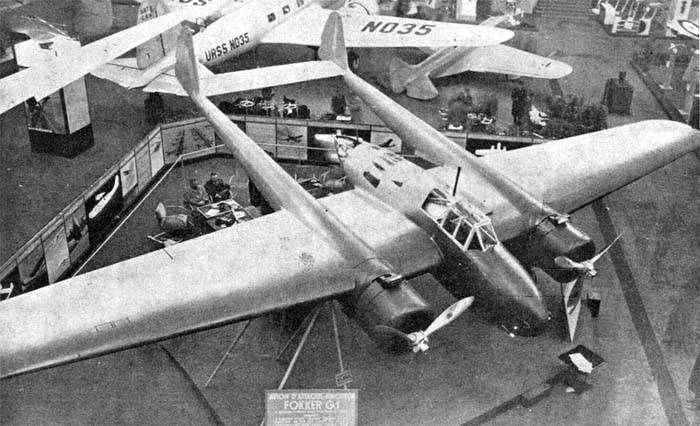 In the summer of 1935, the construction of the prototype G.1 began, and in November of the 36th the finished aircraft was exhibited at the Paris Air Show simply under the name of the company - "Fokker". For his powerful weaponry, he received the nickname "Le Faucher" from journalists - "mower", "reaper".

In Holland itself, Fokker was called a "light cruiser".

The plane flew, however, only after the exhibition. But it flew very, very well. The machine easily performed the whole complex of aerobatics, which was very significant for a twin-engine aircraft. 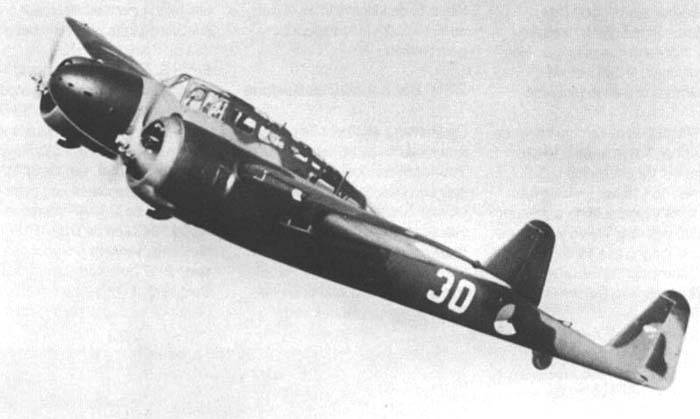 True, a serious debate began in the Dutch Air Force itself on the topic of whether it is worth betting on this aircraft, or leaving the familiar single-engine and single Fokker D.XXI.

In the meantime, there were disputes, G.1 interested in other countries. The first to come were the Spaniards, they had a civil war going on and the Spaniards really needed planes. Given that the League of Nations proclaimed a policy of non-intervention, and the Republicans did not want adventure, the deal was formalized through the Estonian War Ministry and a dummy French company.

Initially, it was planned to purchase 12 fighters, then the figure increased to 35. Taking into account not the best relations between France and Spain, the aircraft were to be equipped with American Pratt & Whitney R-1535 Twin Wasp Junior engines.

American motors fit into motor mounts "like native". But while the planes were being assembled, the Spanish Civil War ended in defeat for the customers, so the planes were requisitioned in favor of the Dutch Air Force.

Considering that the Dutch government ordered 36 aircraft, with 12 ex-Spanish planes, it turned out to be quite a sane figure.

However, the engines had to be changed again. The French started having problems with the Hispano-Suiza, or rather, with Mark Birkigt, so they had to abandon the engines from this company. It is not entirely clear why they abandoned the already tested Pratt and Whitney in favor of the British Mercury VIII, which were more powerful (830 hp), but they had to tinker with them, being built into the engine nacelles.

The first Fokkers went into service in April 1939, just before the war.

The Dutch Air Force received them very warmly. The fighter was stable, kept well in the air, easily performed aerobatics, which was quite good for a 5-ton aircraft.

The neighbors reached out to look at the planes. Finns, Swedes, Danes. The Swedes issued an order for 95 vehicles, the Danes acquired a license to build 12 vehicles, and the Hungarians wanted to produce the G.1 at their factories.

But the war began and there was absolutely no time for trade. Naturally, all export operations were stopped and all aircraft in production went to the Dutch Air Force.

However, problems with weapons began here. There were no Hispano cannons; they remained in France. They wanted to put into action a project developed for Denmark, that is, two Oerlikon cannons and two 7,92 mm machine guns. But in the conditions of war, it was not possible to acquire guns, so it was necessary to arm the aircraft only with machine guns.

On May 10, 1940, the Dutch Air Force had 26 G.1A in service. Another 15 were training and they were retraining pilots, another 15 machines were unarmed.

And then, unexpectedly for the Dutch Air Force, World War II began. At 4 o'clock in the morning (it became a tradition later), German bombers paid a visit to the Vaalhaven airfield, where, among other things, one squadron of G.1 was stationed. 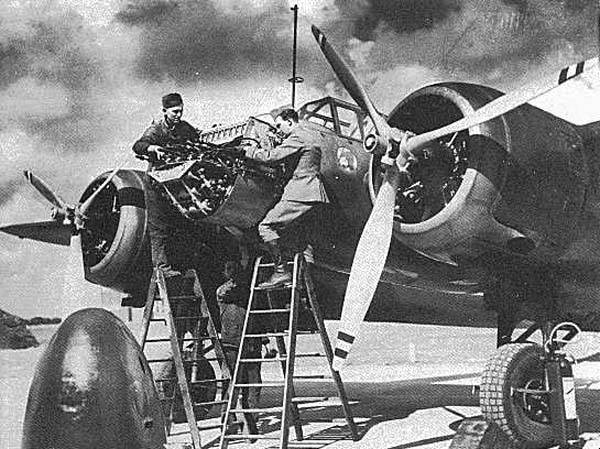 And in general, only two aircraft out of 12 were able to take off. But things have been done. Three He 111 were shot down. A little later, another Fokker was able to take off, which shot down two more Heinkels. Two Fokkers were damaged, but not critical.

The bombs that hit the airfield destroyed three G.1s.

But when the second wave of bombers with landing gliders approached, they were again met by "cruisers". The G.1 was not as maneuverable as the Bf 109, but its firepower was sufficient to deal with bombers and transport planes.

Although the "Messerschmitts" got it. Test pilot Sondeman, on whose conscience was the acceptance of the G.1, in one battle shot down a Junkers Ju.52 / 3m with a landing party and two Bf.109 fighters. Another G.1 fighter over Rotterdam shot down the He.111 and Do.215, and then fought with the Messerschmitt squadron. Naturally, he was shot down, but Sergeant Buvalda was able to land the riddled car.

Three G.1s, led by Sonderman, were unable to land at their airfield, which had already been captured by the Germans, and landed on a seaside beach. There they were shot by German fighters.

And the numerical advantage of the Germans did not always play in these battles. The Fokker T.V and the two accompanying G.1s were attacked by a nine Bf 109. It is clear that the bomber and one of the cruisers were shot down, the amazing thing is that the remaining Fokker shot down one Messerschmitt and left!

And there were also such cases as an attack performed by Lieutenant Van Uhlsen, who on May 12 single-handedly rushed to three Bf 109E and shot down one of them. Of course, the two remaining Germans subsequently made a decent sieve out of the plane, but the gallant lieutenant even made it to the airfield.

But overall, the number of G.1s has been declining. Retreating, the Dutch abandoned the airfields and five days after the start of the war, the country capitulated.

Indicative is the fact that the Germans got only 7 "Fokkers" in more or less serviceable condition and four were in conservation. All other aircraft had combat damage or were completely disabled.

The captured aircraft were “put on the wing” and used as training aircraft.

There was an interesting case when two Dutch pilots managed to hijack a plane and fly it to Britain.

The Germans used Dutch pilots to fly over their aircraft. But not really trusting the Dutch pilots, the Germans let them fly with a minimum amount of fuel and accompanied by fighters. 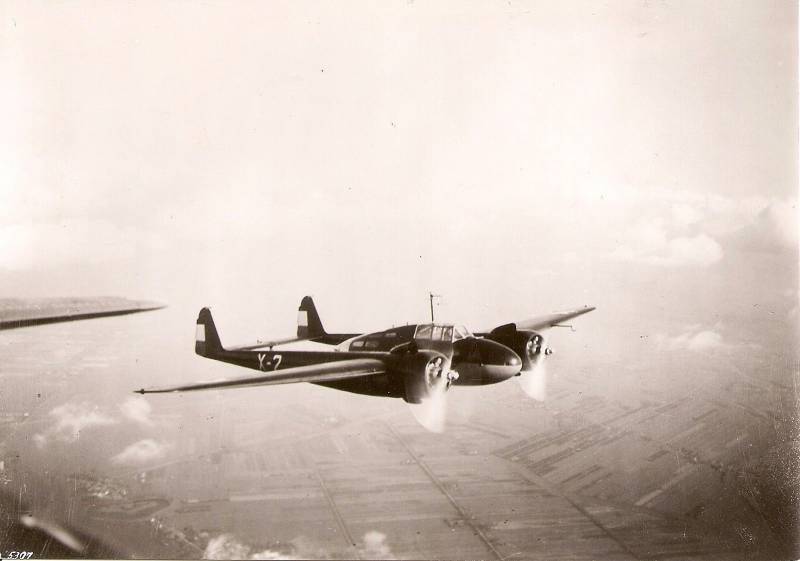 How the two Dutchmen managed to refuel their Fokker remains a mystery, but they did it. And then, the Dutch, who knew their technique, were able to hide from the convoy in the clouds and in some incomprehensible way flew to Great Britain. There the plane became a subject of study.


In general, the Fokker G.1 was one of the most interesting aircraft of that war. Now they would say - modular design. Maneuverable, fairly fast and well armed - what else does a combat aircraft need?

Of course, the fact that there were no guns for the G.1 greatly weakened the strike power of the aircraft. But eight machine guns, concentrated in the nose, are pretty decent for 1940. At that time, only the Hurricanes carried so many barrels, but in the wings, which did not affect the accuracy in the best way.

If the Dutch manufacturers had the opportunity to properly equip the aircraft with weapons, it could become one of the best. But it turned out that the "cruiser" was sunk on takeoff, in 5 days of the war, which Holland lost.