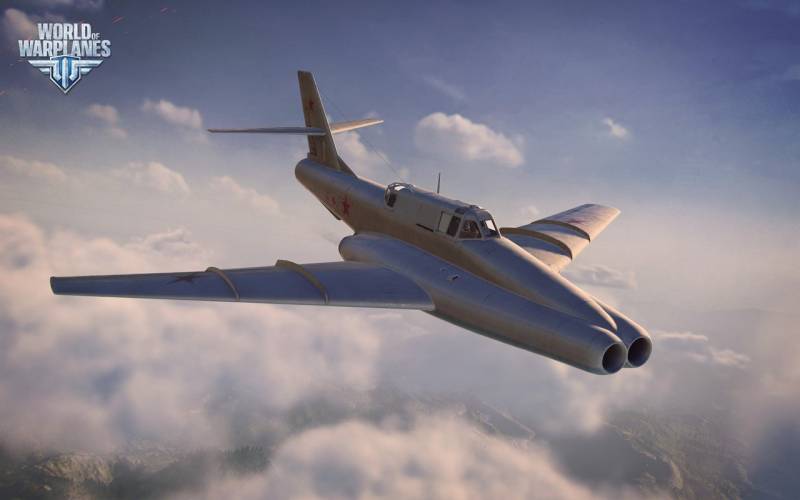 Il-40P attack aircraft
By the end of World War II, a significant number of Ilyushin's piston attack aircraft remained in service - both the Il-2 and the more advanced Il-10. The latter managed to take an insignificant part in the final battles in Europe, as well as in the defeat of the Kwantung Army during the Soviet-Japanese War. These aircraft remained in service after the end of World War II until the mid-1950s. Il-10 attack aircraft even managed to fight in the skies of Korea. Then it became finally clear that the piston machines were morally and physically outdated.

The appearance of the Il-40 attack aircraft

Transition to reactive aviation, which began after the end of World War II, became inevitable by the early 1950s. Taking this into account, as well as studying the experience of the Korean war, it became obvious that the future of military aviation belongs to jet aircraft. The experience of the war showed that Il-10 piston attack aircraft are vulnerable against modern artillery anti-aircraft systems, as well as enemy jet fighters. There is a need to create a new attack aircraft with much higher flight performance. Quality growth could only be achieved through the use of new jet engines.

This is how the idea of ​​creating a jet attack aircraft was born in the Ilyushin Design Bureau. The first options were presented to the Air Force back in 1949, but were rejected. Already in the early 1950s, work on the creation of a jet attack aircraft, designated Il-40, continued in the design bureau on its own initiative. Design studies and sketch developments, carried out on the initiative and under the direct supervision of Sergei Vladimirovich Ilyushin, showed that a new attack aircraft can be built using two relatively small but powerful AM-5 turbojet engines designed by Mikulin. The same engines were planned to be installed on Yak-25 interceptors and MiG-19 fighters.

The draft design of the Il-40 attack aircraft was prepared in 1950-1951 for the AM-5 engines, which by that time had been well mastered by the Soviet industry. By February 1, 1952, when the Council of Ministers of the USSR signed a decree on the creation of a new jet attack aircraft Il-40, Ilyushin's design bureau already had a good start on the future combat vehicle. 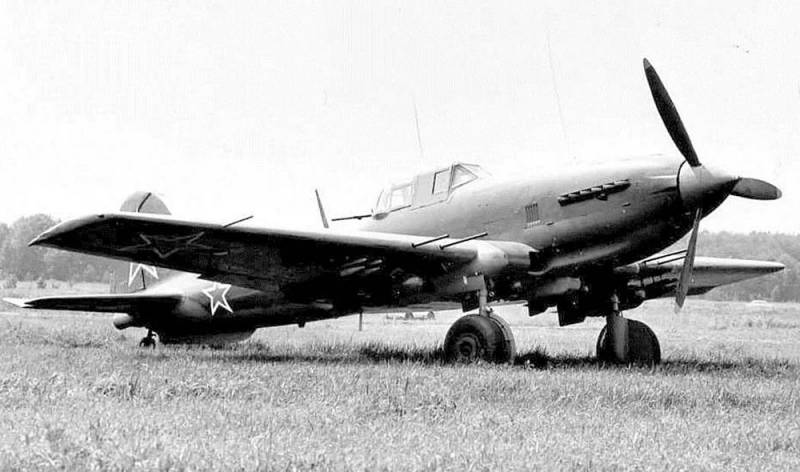 The last Soviet piston attack aircraft Il-10M
Directly the tactical and technical requirements from the Air Force for the new Il-40 attack aircraft were prepared and transferred to the chief designer of the aircraft on February 26, 1952. The military wanted to get at their disposal a car that could reach a speed of 850 km / h at an altitude of 1000 meters, carry powerful artillery, missile and bomb weapons and take off from strips no more than 750 meters long. The aircraft crew was to be composed of two people: a pilot and a radio operator. Two AM-5F turbojet engines were chosen as the power plant. The defense of the draft design of the Il-40 attack aircraft took place just 20 days after the formal issuance of the task, less than a year later the rollout of the first aircraft took place. And on March 7, 1953, the first flight of the new attack aircraft took place, the aircraft was piloted by the famous Soviet test pilot Vladimir Kokkinaki.

Design features of the Il-40

In a way, the Il-40 was a classic attack aircraft, but with new jet engines. Like the Il-10, the crew of two was housed inside the airframe in a well-armored protective capsule. The new Soviet attack aircraft was designed according to a normal aerodynamic configuration and was an all-metal low-wing aircraft with a swept wing and a tricycle landing gear.

It can be noted that the aircraft booking scheme was traditional for the Ilyushin Design Bureau. The basis of the fuselage of the Il-40 attack aircraft was the power armored hull, which included the cockpit, part of the electrical and radio equipment and six fuel tanks with a total capacity of 4285 liters. Aircraft body armor was differentiated. In the front hemisphere, the pilot was most strongly protected (protection against 20 mm armor-piercing shells). Protection was provided by a 10-mm cockpit armor partition and a 124-mm frontal armored glass in a fixed canopy of the canopy, the side armored glasses were thinner - 68 mm. The longitudinal armor of the armored hull was supposed to cope with 20-mm shrapnel shells from aircraft cannons and ground fire from 12,7-mm machine guns. Both engines of the attack aircraft were also armored. The total weight of the armor reached 1918 kg, which is a lot, considering that the empty weight of the Il-40 aircraft was 12 190 kg. 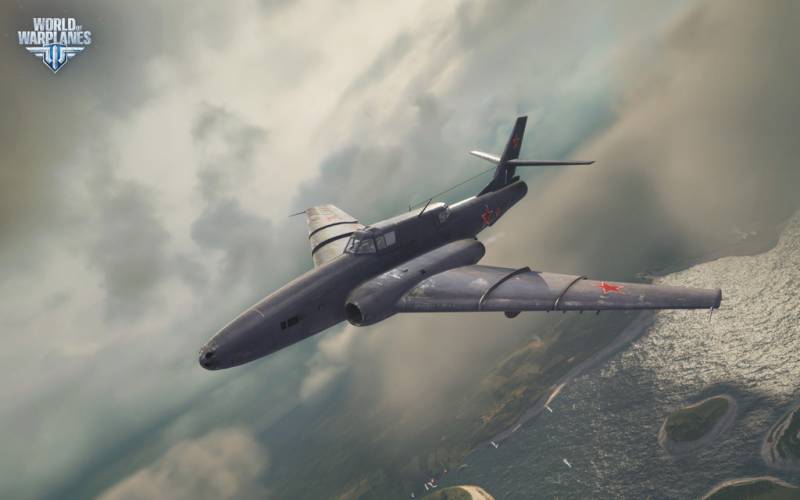 Stormtrooper IL-40
The large relative thickness of the wing of the new attack aircraft made it possible to place in it, in addition to the chassis, four small bomb bays, in each of which it was possible to hang a 100 kg bomb. The normal bomb load was exactly 400 kg. In the reloading version, the aircraft could carry up to 1000 kg of bombs. In addition to the bomb bays in the wing, the attack aircraft had four beam holders, on which one could hang either two bombs weighing up to 500 kg, or unguided rockets, or outboard fuel tanks.

The highlight of the aircraft and its main problem was its powerful cannon armament. The designers planned to arm the attack aircraft with six 23-mm automatic cannons at once, placed in the nose of the glider (three on the sides). During the tests, it turned out that when firing, propellant gases entered the air intakes of the engines, which led to problems with the stability of their operation and even to the stop of the engines. Also, bright flashes of shots blinded the pilot. Ilyushin suggested changing this effect due to a different arrangement of the air intakes of the engines and guns (the number was reduced to 4, one more was at the disposal of the radio operator), which was implemented on the Il-40P aircraft. 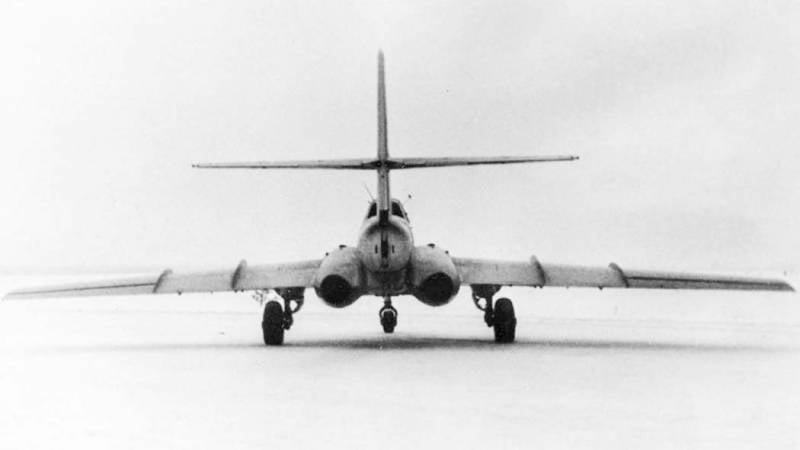 However, in addition to this shortcoming, the new aircraft made a good impression on the military. During state tests, the Il-40 attack aircraft with a normal take-off weight of 16 kg (200 kg of bomb load and full cannon ammunition) was able to reach a speed of 400 km / h near the ground, and at an altitude of 910 meters it accelerated to 1000 km / h. The tactical range of the attack aircraft in the reloading version was estimated at 950 km. At the same time, military pilots recorded the ease of piloting the new car. It was noted that the flight crew, which are already familiar with jet aircraft, including the MiG-270 and Il-17, will be able to master the technique of piloting the Il-28 in any meteorological conditions without any problems.

The second prototype of the new attack aircraft was the Il-40-2, designated Il-40P. The car was remembered by many for its unusual appearance. The twin air intake in the nose of the aircraft made the car look like a double-barreled shotgun. In the modern American press, the plane is even called a "flying shotgun". This is true both considering the appearance of the aircraft and taking into account its combat capabilities. Still, the attack aircraft was armed with four 23-mm automatic aircraft cannons at once. An onboard salvo of such a "flying shotgun" could demoralize any enemy, especially if he could be caught during a march in marching columns.

Externally, the IL-40P differed markedly from the first prototype. Major improvements have affected the nose of the fuselage. The designers extended the separate side air intakes of the engines forward and replaced them with one large frontal air intake with two diverging air channels, which gave the aircraft a characteristic and recognizable appearance. The new layout made it possible to completely eliminate the influence of cannon firing on the operation of the engines. The bow cannon mount of four 23 mm TKB-495A was moved to the lower surface of the attack aircraft fuselage behind the front landing gear compartment. All four automatic aircraft cannons were placed on a special carriage.

The aircraft also featured more powerful RD-9V engines with a thrust of 2600 kgf in normal flight and 3250 kgf in afterburner. At the request of the military, the designers also placed a mirror periscope on the movable part of the canopy of the Il-40P attack aircraft, which made it possible to improve the view of the upper hemisphere. The rest of the aircraft design has not undergone significant changes.

Il-40P attack aircraft
The improvements made had a positive effect on the bomb load, which in the normal version increased to 1000 kg, in the reloading version the attack aircraft could take on board up to 1400 kg of bombs. The transfer of the front landing gear a little forward and the general increase in the base of the chassis had a positive effect on the stability of the attack aircraft movement around the airfield. In general, all the changes made were quite successful, so the aircraft was recommended for serial production and adoption. The first serial batch of 40 aircraft was to be built at the 168th aircraft plant in Rostov-on-Don.

In total, two prototypes of the Il-40 and five serial attack aircraft were built. The vehicle was implemented in two main versions - Il-40-1 and Il-40-2. The second prototype, distinguished by its unusual appearance due to modified air intakes, also received the designation Il-40P. At the end of 1955, after the completion of a series of state tests, it was decided to accept the Il-40P attack aircraft into service and begin its serial production. By the spring of 1956, at the flight test station of the 168th aircraft building plant in Rostov-on-Don, the process of airfield preparation of the first five serial Il-40P attack aircraft was being completed, but already on April 13 of the same year, by the decision of the government of the USSR, the Il-40P was removed from service. and all work on this machine was stopped. A week later, assault aviation was also abolished in the Soviet Air Force, which was replaced by fighter-bomber aviation.

It is curious that in the summer of 1956, the new aircraft was shown in Kubinka to the delegation of the American Air Force, which arrived in Moscow to celebrate the Air fleet... For what purpose the American military was shown an aircraft that was not going to be produced is not very clear. According to the aviation encyclopedia "Corner of the Sky", the guests themselves appreciated the presented attack aircraft quite high. 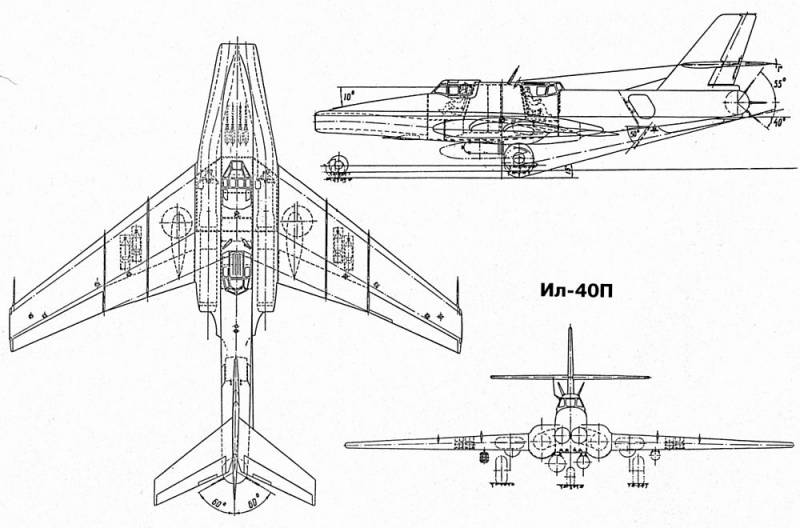 Changes in the Soviet military doctrine and the rate on missile weapons put an end to the new attack aircraft. The military took into account the fact that the effectiveness of military air defense is constantly growing. The capabilities of air defense are increasing, which will lead to unreasonably large losses of Il-40P attack aircraft, even though the armor is quite powerful. Front-line aviation and fighter-bombers, which would operate outside the reach of ground forces, were supposed to solve the tasks of supporting troops on the battlefield.

It is worth noting that at the time of testing the new Il-40 attack aircraft in the United States, the Hawk military air defense system was actually being tested, as well as the new Sidewinder air missile missile system, which made it possible to hit the attack aircraft before it could use its weapons. At the same time, as subsequent events showed, the attack aircraft was really not suitable for participation in the hypothetical Third World War, but it could show itself well in local conflicts and conflicts of a low degree of intensity. In the future, the decision to completely abandon assault aircraft was also recognized as erroneous.