Completed certification of the pistol "Aspid" 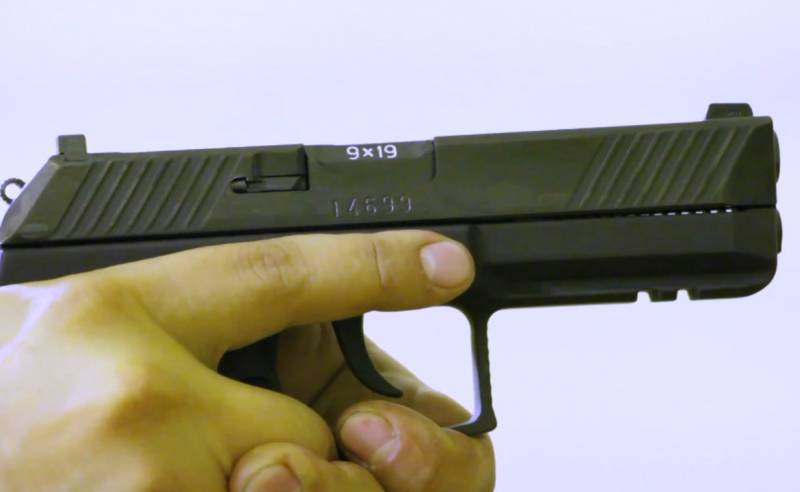 The sports self-loading pistol RG120 "Aspid", created by the Central Institute of Precision Engineering (TsNIITOCHMASH), has passed the final stage of certification. This procedure was handled by the National Certification and Testing Center for Civil and Service weapons.


This information was provided by the press service of the state corporation "Rostec", which includes "TsNIITOCHMASH".

The organization conducting the certification provided the new pistol itself, as well as design and operational documentation for it. In addition, the certification center checked whether the enterprise had permits for the production and storage of civilian weapons.

This is a promising model that I am sure will be of great interest to shooting sports fans.
- said the industrial director of Rostec Bekkhan Ozdoev.

He noted that the tests of the product were successful and confirmed that the weapon fully meets the requirements for service and sports pistols.

The main purpose of the product is its use during practical shooting competitions. In the future, it will be produced in various classes. The difference between them lies in the capacity of the store (from 18 to 22 rounds) and in the possibility of equipping with additional equipment.

The manufacturer guarantees that the resource of a 9-mm weapon is at least 25 thousand rounds. For the store, this figure is 7,5 thousand shots. The gun is able to function smoothly at temperatures from -30 to +50 degrees Celsius.
Ctrl Enter
Noticed oshЫbku Highlight text and press. Ctrl + Enter
We are
The new pistol for the Ministry of Internal Affairs and Rosgvardia received an official nameThe first stage of certification of the new Aspid pistol was successful
Military Reviewin Yandex News
Military Reviewin Google News
41 comment
Information
Dear reader, to leave comments on the publication, you must sign in.