aviation SI-1 and SI-3M spacesuits were developed in the mid-50s. (1955 and 1956 respectively) of the last century and belonged to the "ventilation type", when the air and oxygen entering the spacesuit are removed from it through the pressure regulator. This ventilation system is called open and is typical for aviation and rescue space suits. 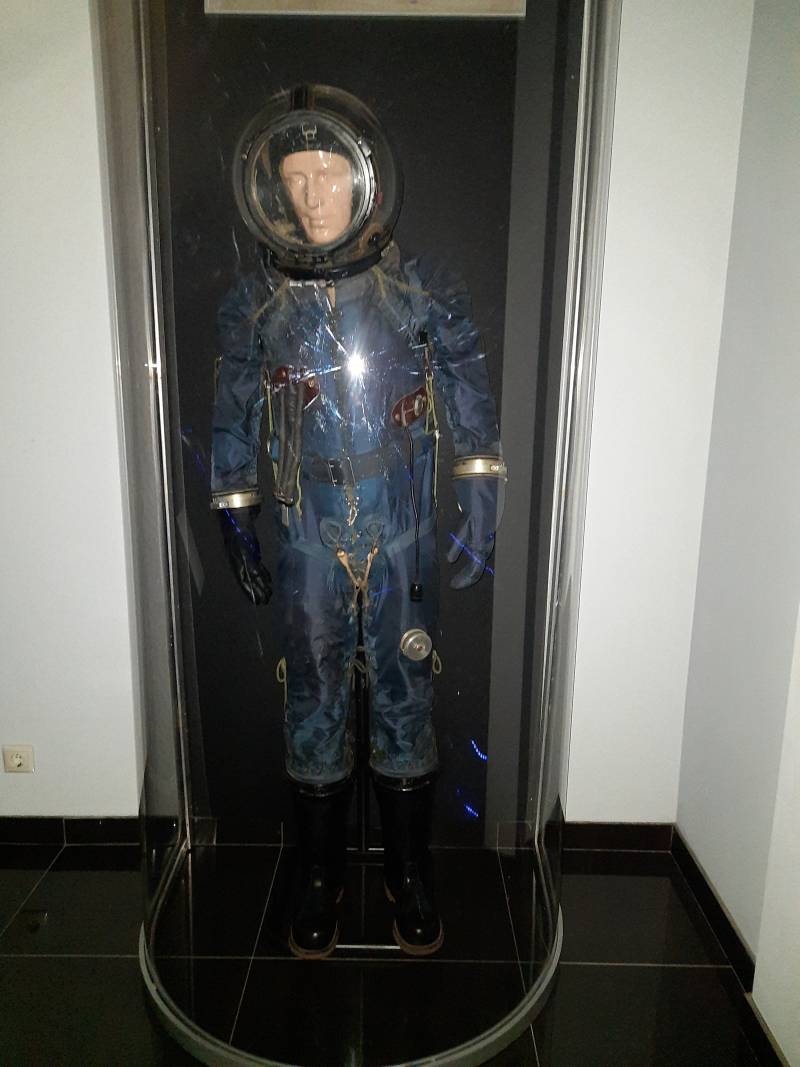 The second feature of the SI-1 and SI-3M spacesuits was the presence of an oxygen mask. This type of spacesuit is called "mask".

In mask-type spacesuits, an oxygen-air mixture (or pure oxygen) for breathing was supplied through an oxygen mask, and the spacesuit was ventilated with air from the aircraft pressurization system. 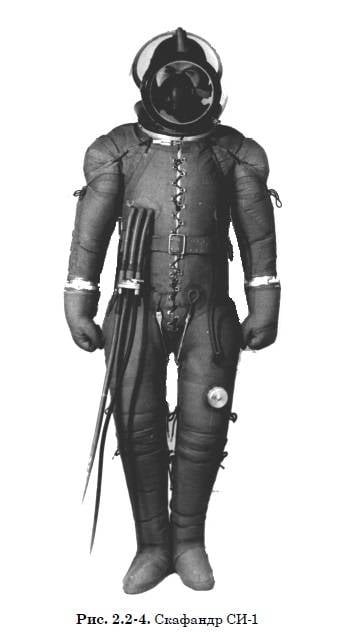 The SI-1 and SI-3M spacesuits had a pressurized shell, which simultaneously performs the functions of a power and hermetic shell. As a rule, the casing was made of two or three layers of rubberized cotton fabric (percale).

When flying in a pressurized cockpit, the suits had an overpressure of about 10–20 hPa (100–200 mm of water column), which made it possible to unfold their shell and “remove” the weight of the suit from the pilot's body, providing him with internal space for movement. When the cabin was depressurized at altitudes of more than 10–11 km, an operating excess pressure of the order of 150–220 hPa was created in the spacesuit, which was sufficient for breathing pure oxygen and at the same time ensured acceptable mobility. The maximum flight altitude in a spacesuit was about 20 km. 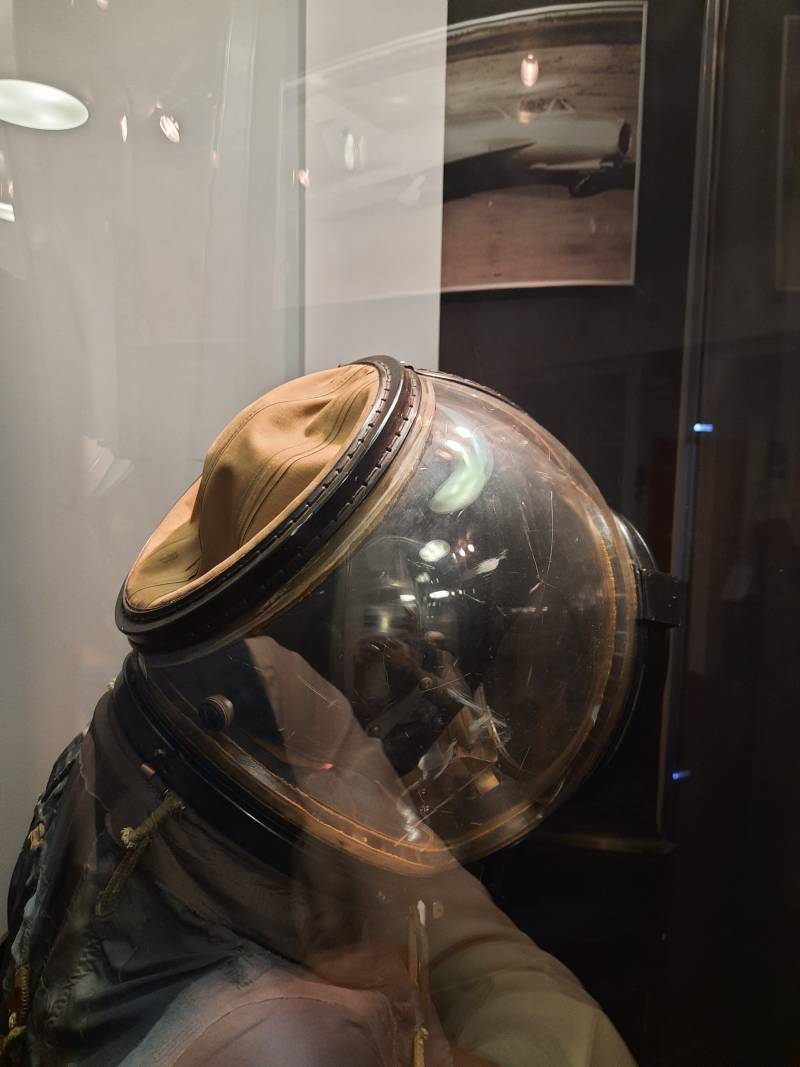 On November 1, 1962, test parachutists P.I. Dolgov and E.N. Andreev in SI-3M spacesuits ascended in the Volga stratospheric balloon to a height of 25,5 kilometers and made a parachute jump. For this jump, the SI-3M spacesuit was modified. The oxygen mask and oxygen device were removed from it, and oxygen was supplied to the helmet in a continuous stream (a maskless type of spacesuit, which later became widespread). 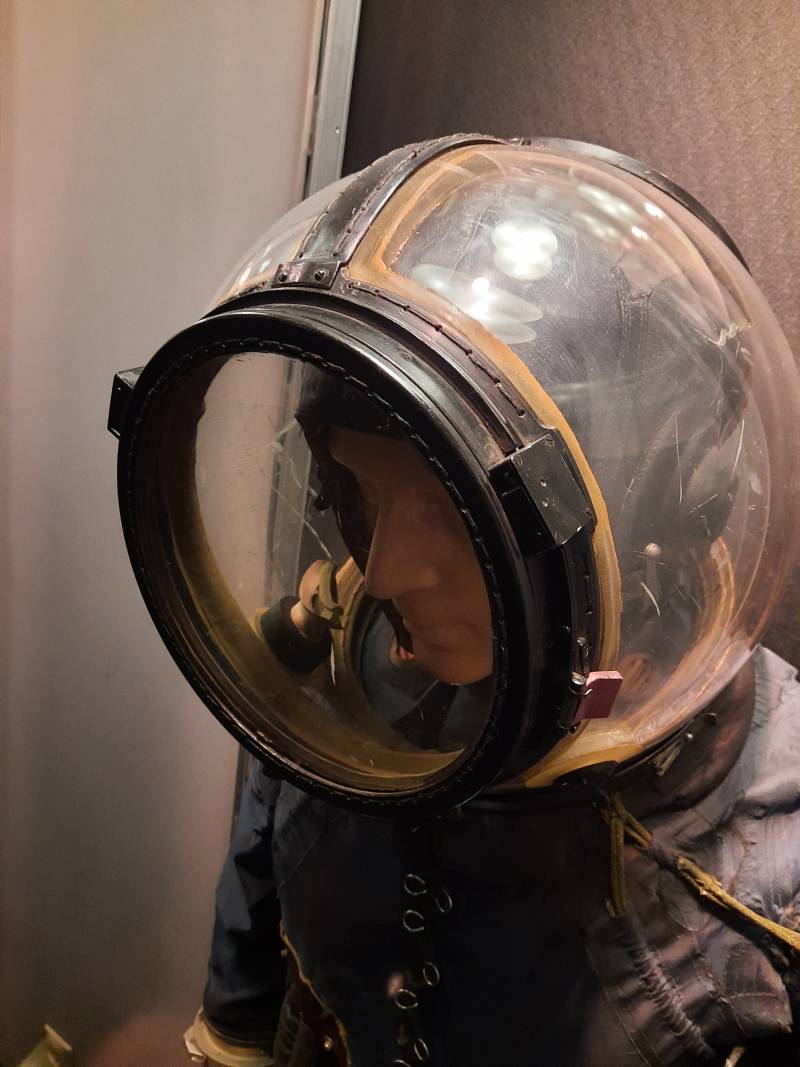 At the moment of exiting the gondola for a parachute jump, P.I. Dolgov straightened up and hit the protruding object of the hatch with his helmet. The blow was so strong that the glass of the helmet was broken, and the spacesuit was depressurized, which led to the death of P.I. Dolgov.

This tragedy led to the following modifications to the suits being either double glazed or the spherical helmet was replaced with a helmet with a metal helmet. Unfortunately, many technical solutions and safety rules in aviation are written in blood. And don't forget about that. 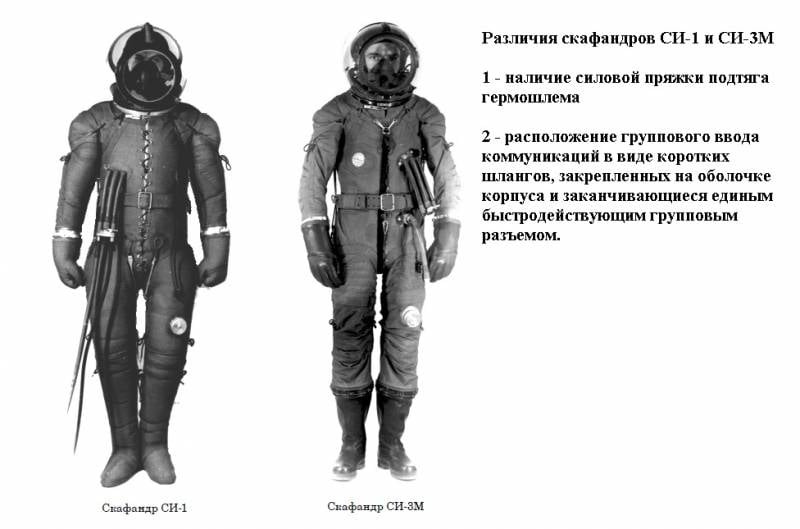 On SI-3M, the most effective solution was introduced to eliminate the inevitable "spacesuit growth".

On the SI-1, a power system was used using a wide transverse belt with a slit in the back, which was connected through a system of rollers to the longitudinal power cords of the body (the so-called pulley power system). When the suit was inflated, the belt had to move apart, while choosing the length of the longitudinal cords. However (due to the high friction between the belt and the shell), the system proved to be ineffective in eliminating “overgrowth” and was used only for adjusting spacesuits in height. 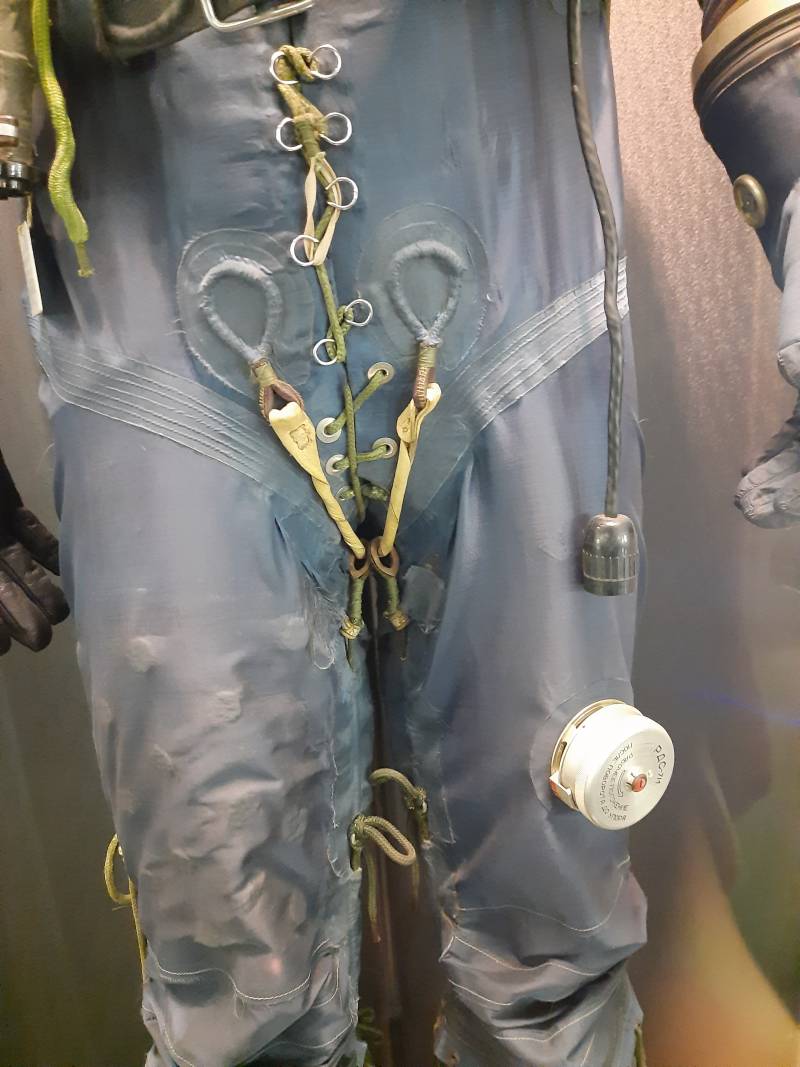 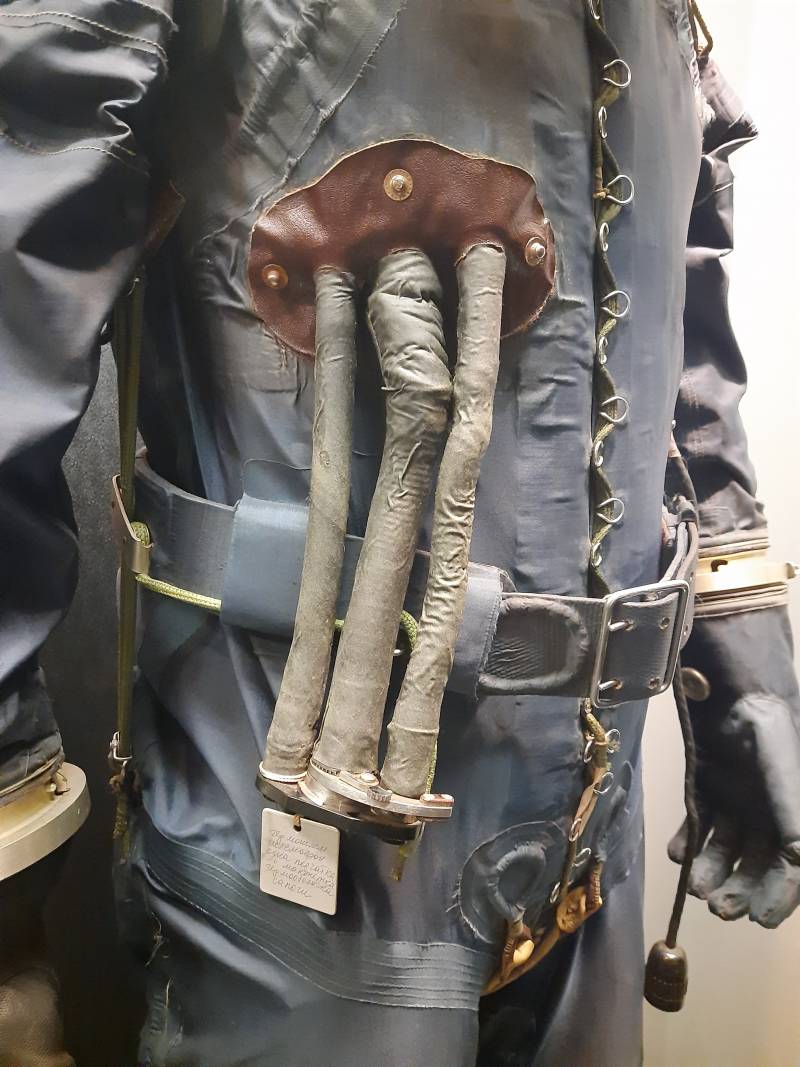 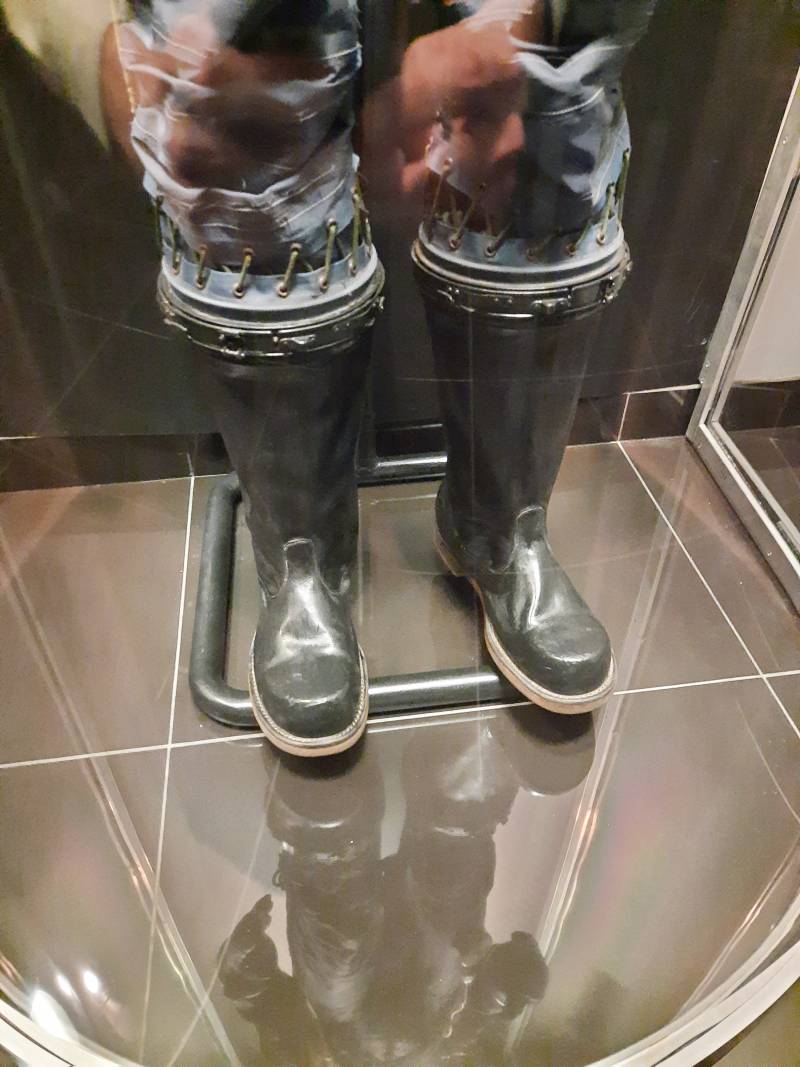 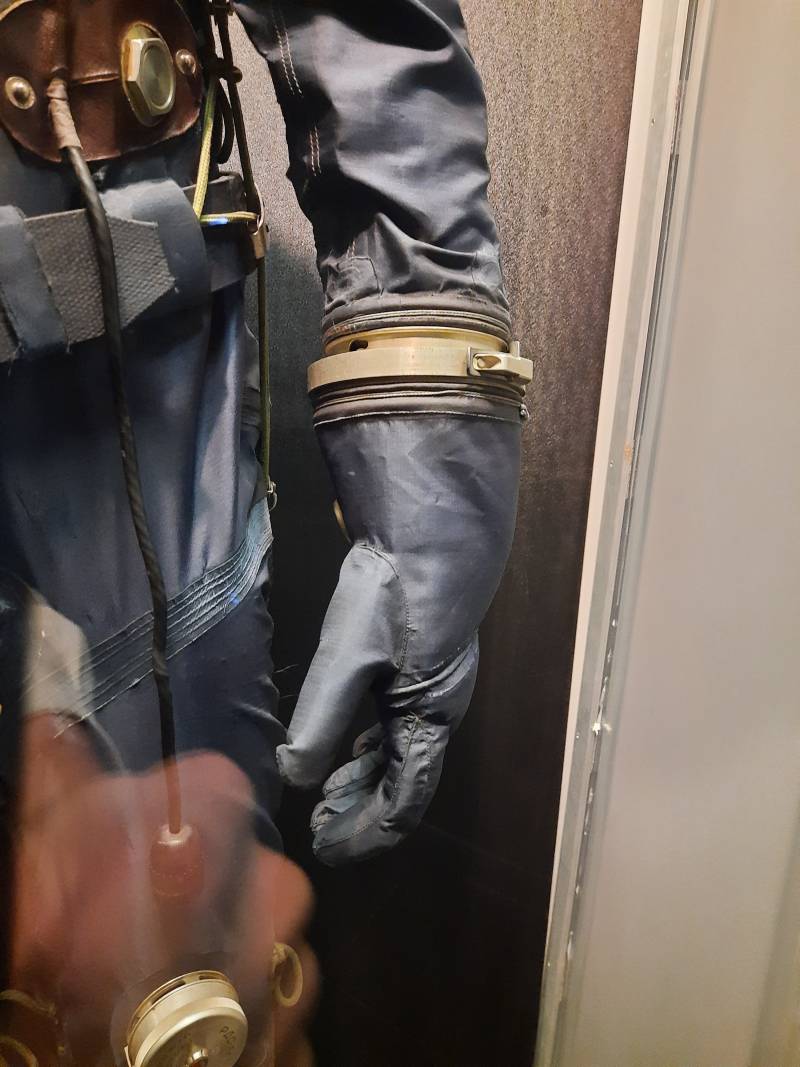 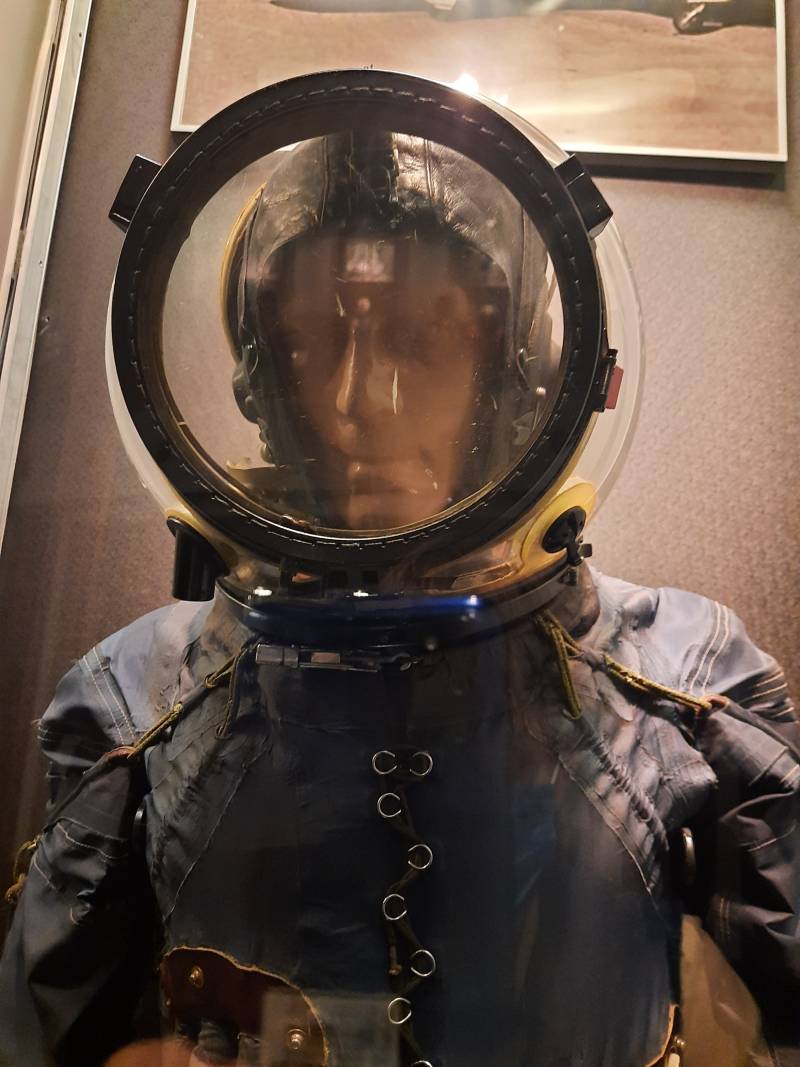 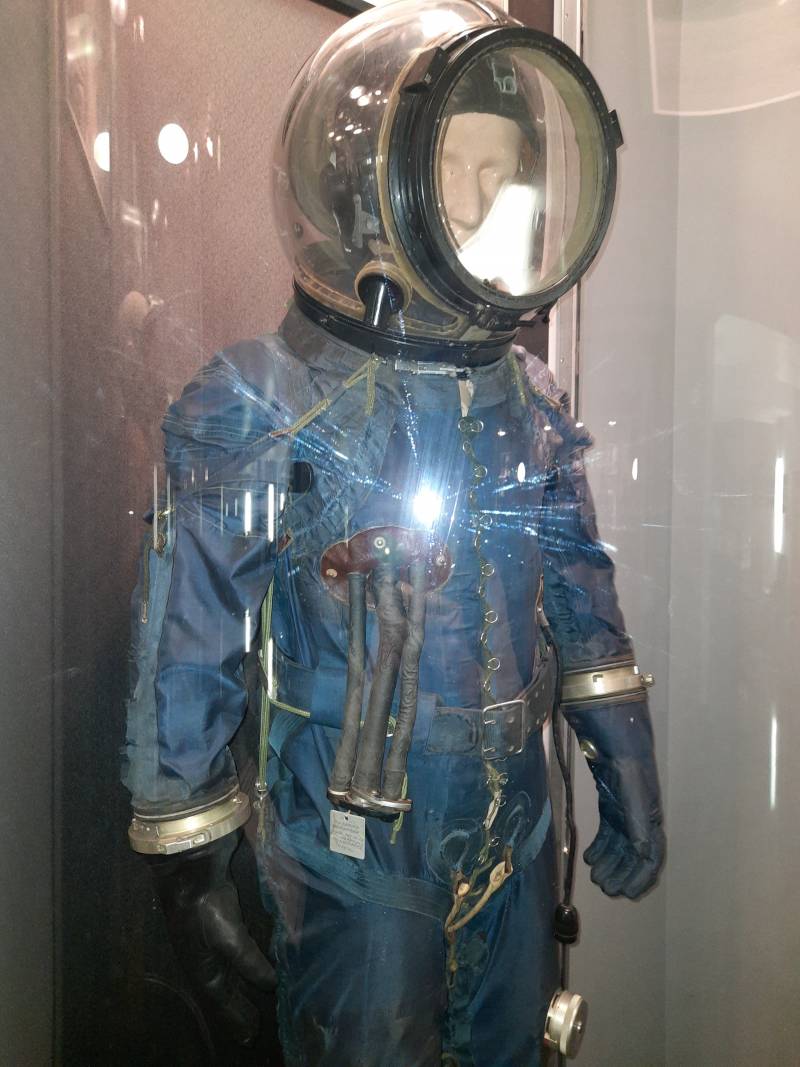 For the first time, the SI-3M used the so-called front pull-up - adjustable with a special power band buckle connecting the neck ring with the inguinal zone of the sheath.

The second difference between SI-1 and SI-3M is the location of the group communication input: SI-1 has it on the left side, while SI-3M has it on the right.

These suits have not gained much popularity.

However, they became an important stage in the development of design ideas and were an integral part of the Soviet approach to the creation of aviation and space equipment.

Ctrl Enter
Noticed oshЫbku Highlight text and press. Ctrl + Enter
We are
List of destroyed the largest and most high-tech enterprisesKhrushchev - the path of betrayal
Military Reviewin Yandex News
Military Reviewin Google News
14 comments
Information
Dear reader, to leave comments on the publication, you must sign in.