In Ukraine: Modernization of T-64 "Crab" tanks will be carried out without repeating Russian mistakes with T-72 and T-90 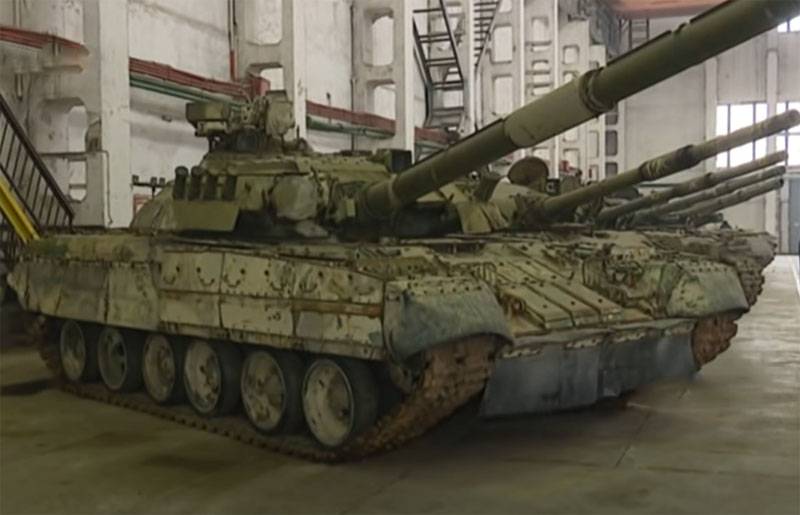 The new Ukrainian tank T-64 "Crab" can become a symbiosis of "Bulat", T-64 of the 2017 model and T-84. Its modernization is carried out by the Kharkiv Morozov Mechanical Engineering Design Bureau (KMDB).


The Ukrainian press told what changes will be made to the design of the modernized combat vehicle in comparison with its predecessors from the domestic military industry and with modern Russian armored vehicles.

It is assumed that in this case, Ukrainian engineers will take into account the experience of combat use tanks in the Donbass and "will be able to avoid the mistakes of the Russians, which they made with the T-72 and T-90 in the course of modernization."


Strengthening the fire power of the "Crab" will be achieved by installing a new fire control system, an aiming system with a thermal imaging channel, as well as the integration of a high-precision "Combat". When using new devices that will occupy the regular places, it will be taken into account that the volume in the middle of the tower is limited.

Theoretically, you can add other devices, as in the Russian T-72B3 and the modernized T-90, where the issues of ergonomics and the possibility of their use by the crew members, according to the Ukrainian media, were not even considered. But in Ukraine they decided not to go this way.

The task of increasing the survivability of the Ukrainian tank "Bulat" was solved by installing elements of the built-in dynamic protection "Knife" in combination with passive armor. A similar path was followed in Russia, where the T-90M "Proryv" and T-72B3 use a similar "Relic" placement.

On the actual operation of "Bulat" in the troops revealed the operational shortcomings of this principle. Replacing this protection in the field is too time consuming, and a large weight negatively affects the running life.

Therefore, in Kharkov, they decided to install elements of dynamic protection in standard containers, which are already used on the T-64 of the 2017 model and on the T-80BV. Compared to the built-in protection of Bulat, they are much lighter and do not overload the tank.

The KMDB also decided not to repeat the "main mistake of Russian tank builders" - to install on new developments the engines used on the previous ones. As noted by the Ukrainian edition of Defense Express, the modernized T-72 and T-90 use engines "developed for the T-34." The Russians simply put a more powerful turbine on the same engine. Over time, the power of tank engines increased from 500 horsepower to 1130. This boost reduces the engine's life and its reliability.

Therefore, a new 1000-horsepower 6TD-1 engine was developed for the "Crab". But this will require changes to the body due to the large dimensions of this motor. 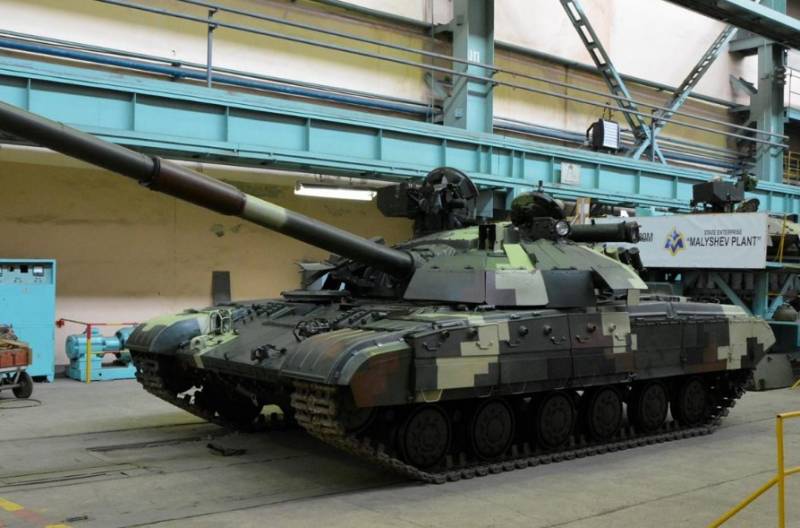 This cumulative upgrade will allow the T-64 to continue its effective service in the Armed Forces. And after 2023, the updated "Oplot" will begin to enter the Ukrainian army. At least, such plans are being made in Ukraine itself.