What awaits the PD-50 sunken in Murmansk: rise, oblivion or replacement? 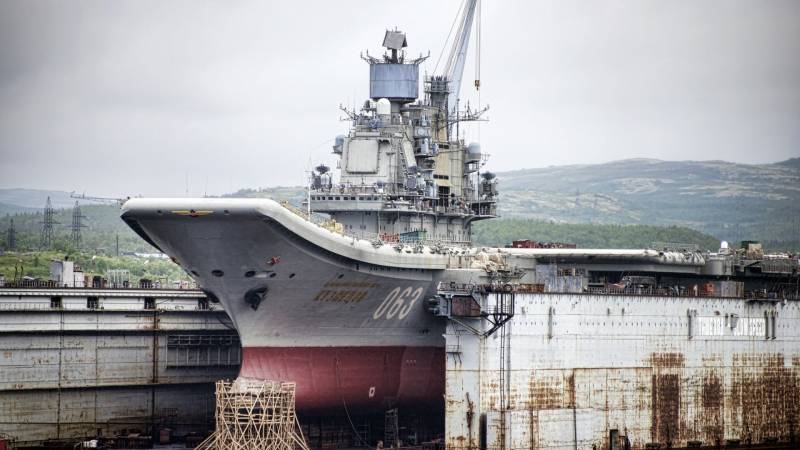 Disputes and gossip about what is more among the reasons for the tragic accident that occurred near Murmansk on the night of October 29-30, 2018 (a fatal coincidence of circumstances, sloppiness, negligence, or even someone's malicious intent) are ongoing to this day. They, for sure, will go on for a long time, no matter what the conclusion issued by the investigation in this case. Many experts in the field of shipbuilding argue that with the right organization of work, a disaster of this magnitude would not have happened.


The power outage, which became, as indicated in the official report, the main cause of the emergency, should not have affected the survivability of the floating dock at all, since the power supply had to be carried out from onboard diesel generators. But, as it turned out, there was no fuel for them ... Also, the reasons why some of the valves of the dock bulkheads turned out to be open, and some were closed, and this despite the fact that such operations may well be performed manually, are also unclear. Honestly, it’s not long to believe in the truth of the assumptions about deliberate sabotage that led to the flooding of the PD-50.

To raise or not

However, we will leave the right to draw conclusions to specialists, but for now let's move on to the question of what consequences the catastrophe mentioned by us may have not only for "Admiral Kuznetsov", but, in general, for ensuring the combat capability of the Northern fleet Russia. Today the PD-50 remains in a flooded state, despite the statements made shortly after the accident by the head of the Ministry of Industry and Trade Denis Manturov.

Then a high-ranking official argued that the dock, which "prevents the normal entrance to the factory harbor," will certainly be raised from the depths. True, he did not specify when exactly, by what forces and means. The same confidence in the rise of PD-50 was voiced by the country's Deputy Prime Minister Yuri Borisov.

As it turned out later, such an event seems to be very problematic, and from several points of view at once. The sunken floating dock is a huge structure 330 meters long, 67 meters wide and an area of ​​27 thousand square meters. Its weight is huge, but this is not the only point. The colossus that has sunk to the bottom is currently balancing over a pit 100 meters deep, from slipping into which it is, most likely, restrained by the anchors and holes in the bottom, the irregularities of which it is hooked into the ground. Start turning such a colossus - it can dive even deeper.

Moreover, the enterprise itself, similar in scale to the ship-lifting operations that will be necessary in this case, will require simply colossal costs. Preparatory work, manufacturing of appropriate equipment and devices, attracting top-class specialists and far from ordinary equipment. All this in the end can result in amounts comparable to those required to build a new similar dock! In addition, some shipbuilders generally express doubts about the feasibility of raising the PD-50.

If the reports of divers regarding the cracks they found in the shell of the sunken dock turn out to be true, about the holes below the waterline, then this (in combination with the loss of the PD-50 of both cranes) will turn his "rescue" into a completely senseless waste of an incredible amount of funds and resources ... After all, to repair this floating dock you will need ... an even larger dock! And such in nature (at least in our country) simply does not exist.

In connection with all of the above, the question of replacing the PD-50, which is vital for carrying out repair work on such warships as Admiral Kuznetsov or Peter the Great, is extremely acute. Let us remember that this dock, which before the disaster was one of the largest structures of this kind not only in Russia, but in the world, was built in Sweden in 1979 by a special order of the USSR Navy. Naturally, today it is not worth even dreaming of placing such an order (even if we leave out of the brackets its cost and the fact that the creation of the PD-50 lasted 4 years) in any of the Western countries. And they won't talk ...

The Pacific Fleet, of course, has the PD-41, which is the second floating "giant dock" in Russia. It is also capable of accepting a ship with a displacement of 80 thousand tons for repairs, which should be enough for Kuznetsov. The Black Sea Fleet has a PD-190 with a slightly smaller capacity - up to 60 thousand tons of displacement. However, the question arises regarding the transportation of either one of these structures to Murmansk, or ships that need to be docked to the places of the current deployment of structures suitable for its implementation. Both options are difficult, costly, problematic, fraught with unpredictable complications and consequences.

In any case, such maneuvers cannot be considered a cardinal solution to the problem. There are two global outputs. You can “bow” to our Chinese comrades, who can even build something else at their COSCO shipyard in Dalian. But here again the question of price, timing, and, most importantly, another dependence on a foreign supplier arises.

In light of this, the most correct (although far from the easiest and cheapest way) is still the creation of our own floating docks with the necessary characteristics. Experts call, in particular, the Kola Shipyard, which is currently being built by Novatek, as an enterprise that could be capable of such a super task.

One way or another, but Russia must learn to solve any problems exclusively on its own.