Why are they killing the Russian school? 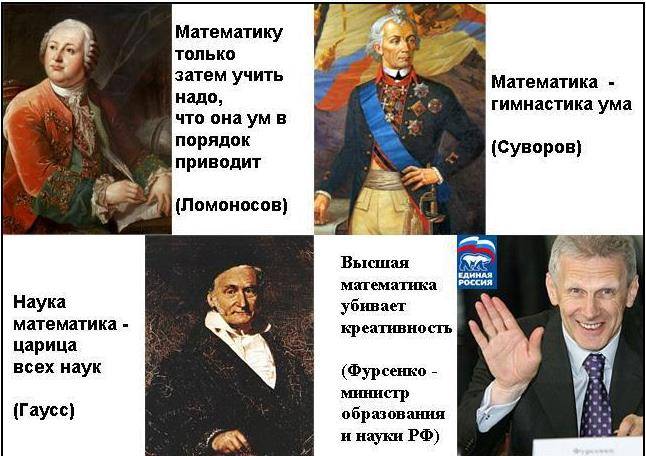 In the 1970s, it became obvious that the late capitalist society (like the socialist one) is more complex than the existing system of government. Any such control system (subsystem) must be more complex than the controlled object, otherwise a catastrophe cannot be avoided. For thousands of years, the elite has been much higher in terms of cultural, educational, organizational, scientific and technical levels. However, over the past two hundred years (and especially in the XNUMXth century), the situation has begun to change. Economic, scientific, technical and educational progress has constantly increased the socio-political and educational competence of society. At some point, this literacy of the lower classes began to threaten the positions of the upper classes, their status, power and, accordingly, their property.

I had to urgently do something. Either the tops themselves sharply raise their threshold of morality, or "lower" (cultivate) the masses to a safe educational level. It is obvious that the Western elites have relied on the simplification and degradation of the masses.

After all, in order for the relatively dumb elite to rule, the masses must become even dumber. The approach taken by the elite was simple: "dumb and dumber."

At the same time, the cultural and educational level of the representatives of the upper classes themselves also sank. For example, in recent decades we have been witnessing a serious degradation of the management elite, especially in the West. The current managers are faceless, gray, often downright stupid. No new Churchills, Roosevelts and de Gaulles.

The same scheme (primitivization of the population) was implemented in most of the world, subject to managerial impulses from the West. The only exceptions were some Asian countries, where they preserved their traditions and used the achievements of the Soviet school (for example, China).

The destruction of the education system proceeded in parallel with the cultural, mental and physical degradation of the masses. In particular, the project "sex, drugs and rock" was used for this. The sexual revolution, drugs and decaying music (which was constantly simplified down to the present pop and rap) led to the destruction of traditional values ​​and the family, to the growth of diseases.
The spiritual, cultural and physical level of the population has dropped significantly.

By the turn of XX – XXI centuries, involution, degradation of all mankind began. Moreover, everything developed very rapidly.

Crowds of new barbarians began to fill the planet.

The simplification of education, art and culture led to the emasculation of the creative, creative principle of man, to the substitution of training for creation (a system of tests). Also, the possibility of systems analysis and critical thinking was destroyed.

First, this happened in the West, then (after the collapse of the USSR) in the post-Soviet space and in Russia.

So, earlier at the concerts of the satirist, writer Mikhail Zadornov, they laughed at "stupid Americans". Who believed that it was they who defeated Napoleon and Hitler. But relatively little time has passed, and we see that new generations of Russian citizens are becoming just as stupid.

Education was the first to sink to the bottom in Little Russia (Ukraine), where the "Ukrainization" of consciousness was carried out. Now "true Ukrainians" believe that Oleg the Prophet and Yaroslav the Wise are "ukry", and the Ukrainian fronts (supposedly consisting of Ukrainians) "liberated Europe."

Today the situation is about the same in Russia. Creative circles, palaces of culture, chess and mathematics were replaced by McDonald's chains and entertainment and shopping centers. And also on the digital web, which entertains children and young people day and night. Modern children today know well who Spider-Man and Batman are. But, alas, they already do not know (a mystery) who are Perun, Svyatogor, Alexander Yaroslavich, Rokossovsky, Alexander Matrosov and Ivan Kozhedub.

It will get even worse. When the remnants of the Soviet education system die along with the last teachers of the old school.

The era of complete digitalization of the school is coming. This digitalization will solve several important problems facing the global elite at once. The system of control over people (including the social rating of each) will be finally formed. With the destruction of the middle class, new layers of rich and poor will be formed. Completed the task of simplifying (primitivizing / degrading) the school. New slaves will only need to be able to read and follow instructions from digital devices (gadgets).

Based on these goals, the classical Russian (Soviet) school in Russia was destroyed.

Thus, international structures (for example, the World Bank and the IMF) back in the 1990s set the Russian government with the tasks of a "transition" period, which led to the destruction of the Russian education system. Without fulfilling these conditions, a credit line and access to the world financial system were closed for Moscow.

As a result, dozens of pedagogical institutes and thousands of preschool institutions were closed in the Russian Federation, the system of vocational and technical education (the basis of an independent national economy) was destroyed. Creative educational institutions under the Minister of Education (under A. Fursenko) were on the verge of destruction.

The world's best creative education has been crushed. Fursenko in 2007 considered that

“… The disadvantage of the Soviet education system was the attempt to form a person-creator. And now the challenge is to nurture a qualified consumer who can skillfully use the results of the creativity of others. "
Schools were left without money, equipment and teachers. The time has come for a tough staff shortage. The elite introduced destructive federal educational standards, which dealt a blow to the single educational space and shattered the system.

The era of merger, consolidation and pseudo-optimization began. And the era of the closure of now economically ineffective (unnecessary) schools. If by 1994 there were over 68,8 thousand schools in the country, now we have no more than 40 thousand educational institutions left.

The Russian higher education in Russia was also subjected to murderous optimization, and half of the military schools were liquidated. A series of mergers and consolidations of institutes, universities and colleges dealt a powerful blow to the education system. Destroyed the existing scientific and teaching teams.

Classical Russian university education was split into balacavrias and magistracy. As a result, the vast majority of young people in Russia today have become holders of crusts about incomplete, in fact, higher education.

It is for this that the Ministry of Education has dragged the Western Bologna system and the Unified State Exam to us, practically eliminating the quality and status of classical Russian education.

Now at stake is an attacking distance and a cynical figure. They will now finally finish off the free, mass and classical school for the people.

Course on the regression of education

They tried to cut the school down to a place where the student will receive a set of minimal knowledge (preferably of a commercial nature). The school has undergone bureaucracy.

Teachers, parents and students were divided by various barriers. Teachers and professors were forced to fill out a huge amount of unnecessary documents, certificates, reports. It was a strong blow to educational work.

Education Ministers Fursenko and Livanov “worked” so well on the Russian school that, in essence, they fulfilled Hitler’s program, in which the Russians needed to be able to count to 100, read, know the rules of the road, sing, dance and imagine where the capital of the Reich is ...

In principle, Vladimir Zhirinovsky, who is allowed to cut the truth, in 2012, during the discussion of the bill "On Education in the Russian Federation", honestly admitted:

“The better the education, the faster the revolution will take place and destroy those who introduced this education system. Therefore, the instinct of self-preservation is triggered by the authorities, it introduces a low level of education. "

G. Gref has expressed himself more than once in the same spirit.

Back in 2016, the project "Modern digital educational environment" was adopted. Within its framework, the teacher loses its traditional functions, becomes the curator of a “herd” of impersonal students, presenting their digital skills in pictures-slides (somehow reading and counting at least to 100).

For the complete subordination of teachers, a new form of attestation is being introduced - unified federal assessment materials (an analogue of the USE for teachers).

By 2025–2030 a complete transition to a digital school is planned. At the head of these transformations are the pro-Western Higher School of Economics, the Moscow School of Management, the Skolkovo Foundation and the Agency for Strategic Initiatives led by Gref. In fact, they represent a financial business closely associated with the global financial oligarchy. Plus, the interests of world digital corporations are being realized.

As a result, such people as Fursenko, Livanov and Gref are forming (corresponding to the request of the world elites) a system of pseudo-education for the masses, which will forever secure for Russia the status of a semi-colonial periphery of the West and the East.

In the West, this approach to education in the Russian Federation (a course towards lowering quality and regression) is naturally quite satisfactory. Since he forever erases Russia and Russians from the avant-garde stories and pushes Russian civilization to the sidelines of the world.

The society of consumers (slaves), which cannot and should not create anything, have no chance to resist the “digital trendsetters”. Therefore, all the recent "reforms" of education in the Russian Federation are a blow to our future and our independence. This is an attempt to change our national code and the vector of development of Russian civilization.

There is nothing more than an educational (information and cultural) war against the Russian people and against Russia.

And this war is being waged today within our country. Through (in essence) the sterilization and emasculation of the Russian elementary, secondary and higher schools. With the aim of destroying the progressive spirit of Ivan the Terrible and Suvorov, Lomonosov and Pushkin, Tolstoy and Korolev in the Russians.

Will we agree to become the impersonal, illiterate slaves of the new digital world order?