Passion on the Russian submarine off the American coast, or "At the command of the pike ..."

August 18 2012
178
The past week has passed under the sign of "Pike." And this is not at all a new astrological symbol, but a Russian submarine of the 971 project, which NATO called “Shark”.

Initially, in a number of media there was information that the Russian submarine “Pike-B” showed all the inconsistency of the work of American radars, spending as much as almost a month in the waters of the Gulf of Mexico in close proximity to the shores of the United States of America. The American newspaper The Washington Free Beacon added fuel to the fire by publishing a material entitled “Silent Move”, in which it told its readers that the US Navy had “missed” the presence of a Russian nuclear submarine with long-range cruise missiles on board. shores. The American edition reports that the radar noticed the submarine only at that moment when it had already turned on the turns and began to leave the area in which it had been observing. 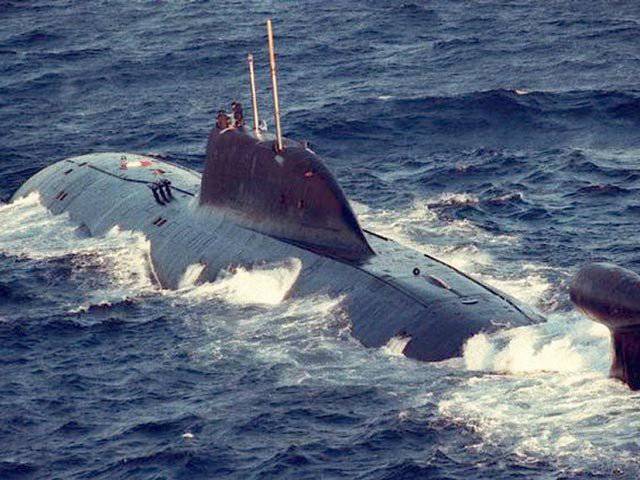 For a while, neither Russian nor American officials did not comment on this information, and then suddenly, as if from a cornucopia, official versions of what happened on American shores were falling down. After some deliberation and the search for possible answers to the “presumptuous Russian,” a representative of the American military department, Wendy Schneider, spoke. For natural reasons, Mrs. Schneider did everything to demonstrate to the world community that not the Russian Schuka was located off the coast of the United States, but the newspaper duck, which many took at face value ... A Pentagon spokeswoman said what has come to her and her boss’s information is based on, and indeed such information simply cannot be true.

Well, in fact, what else could they say about this at the Pentagon? Does anyone really think that the official representative of the defense department of the most "protected" country in the world will come out and say that yes, they say, Russian submarines actively patrol our American shores and sometimes direct their periscopes to see how in the windows of the White House or private office Leon Panetta burns an unquenchable light ... Yes, if the Pentagon allowed itself to act with such calmness, confirming the presence of Russian nuclear submarines in close proximity to the hospitable US coast, then in the US Congress it would rise We are so rustled that Leon Panetta would have packed his bags tomorrow and ordered a taxi so as not to go from the place of his “former work” (Pentagon building) on ​​foot ...

That is why Mrs. Schneider expressed her utter surprise that a Russian submarine of some kind, the design of which began as early as the middle of the 70 of the last century, could calmly overcome the anti-submarine defense system and do its job off the coast of America for a month.

After the speeches of Mrs. Schneider, Russian officials also had to take up the matter. A spokesman for the Russian Ministry of Defense said that reports from the American media about the discovery of a Russian submarine in the Gulf of Mexico could not be called a sensation. Units of the Russian underwater fleet since the resumption of long hikes, they constantly go on duty to various points in the oceans. For obvious reasons, the routes of such campaigns are not going to be announced in the Ministry of Defense, and therefore there is nothing scandalous or reprehensible in the news of the appearance of Russian submarines off the coast of certain countries.

From these words it is clear that the official Russian side indirectly confirms that the Pike-B could be on duty near the American coast, and if the American radars detected it only at the final stage of duty, then this, as they say, is their problem.

By the way, the fact that Russian submarines are off the coast of the United States, indeed, there can be no sensation. As early as in 2009, the same Americans initially tried to prove with enviable persistence that there were no atomic submarines off the coast of the United States, although after a short time the Pentagon not only recognized the fact that the submarines were located at a distance of about 320 km from the eastern coast of the States, but expressed concern with this fact. They say that Russian submarines that have not appeared on our shores for years 15, now cause us concern. Immediately I heard the words about the “echo of the cold” war, which the Russians are continuing with respect to the “most democratic” country in the world. You would think that the US military ships of the submarine fleet do not go anywhere beyond their bases ...

Today, the situation with the Russian “Shchuki-B” is more like a performance in which the American side shouts “I don’t believe” with enviable persistence, although this simply speaks once again of the Pentagon as an organization trying to convince both themselves and US citizens and, most importantly, the congressmen that "in Baghdad (I mean in Washington), everything is calm."

But we can say that the Pentagon has really pretty much lost its nose lately. After the activity of the Soviet submarine fleet faded away, the American anti-submarine systems off the coast of the United States began to fall into a half slumber. And now, even if a danger sign appears in the form of a Russian submarine even on the radar, this is perceived by many as just another color dream: they say that Russians cannot approach such a short distance to our shores - sleep on, Johnny ...

But with the advent of the Russian submarine in the Gulf of Mexico, at least one more point is connected. The fact is that, strangely enough, it would even be beneficial for the Pentagon itself if a couple of Russian Schukas quietly approached the American shores. The benefit may be as follows: Obama announced a reduction in the military budget, and this reduction is already beginning to be translated into reality. And this is, first and foremost, it can strike directly at the office of Leon Panetta, who hardly wants to lose a substantial share of complementary foods from the US budget. Therefore, the Russian nuclear submarine has already put Mr. Panetta literally at a standstill. On the one hand, he needs to justify himself, as they say, before the party and the people, stating that “there were no Russians”, but on the other hand, it should be said loudly that the Russians were to beat a couple of tens of billions of dollars as additional funding to the anti-submarine defense, which literally gnaw through various "Pike" and other underwater living creatures from Russia.

In general, for Russia, whether Obama will give money to Panetta or not, whether the Pentagon recognizes the fact of finding a Russian submarine in close proximity to its shores or does not recognize, is not particularly important: in any case, you need to continue to conduct your work systematically the opportunity for the submarine fleet of the country to gain momentum. After all, as we know, there are only two allies who never fail ...