NATO bombing of Yugoslavia: what norms and laws the North Atlantic Alliance violated 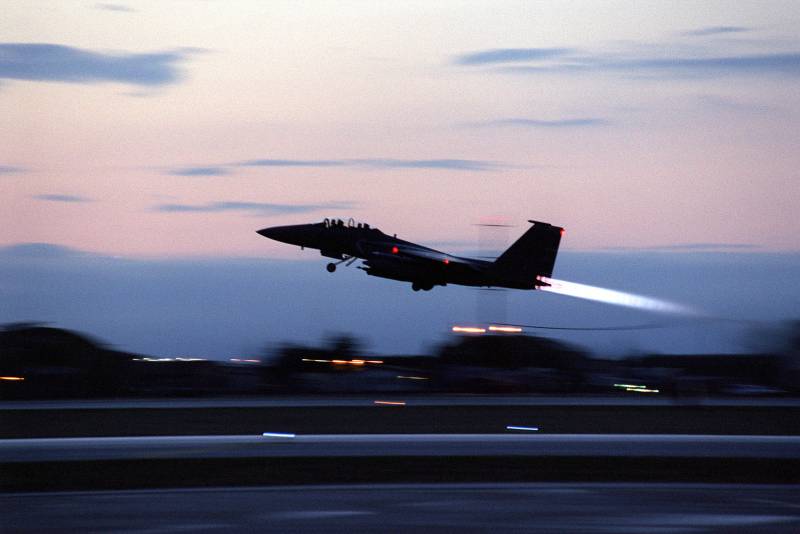 One of the main achievements of mankind in the twentieth century, the most powerful proof that it learned the lessons of the Second World War, was the creation of the United Nations. As conceived by its founders, it was this structure that was supposed to put an end to the domination of the “right of the strong” over moral, ethical and legal principles, which is customary for our world. The resolution of the issues of war and peace was to be taken over by the UN Security Council, which was formed by the countries that defeated Nazism and Japanese imperialism.


Alas, as it turned out later, the true guarantor of peace on a planet that did not know large-scale armed conflicts almost until the end of the twentieth century was not the Security Council, but the Union of Soviet Socialist Republics. As soon as the USSR fell - and NATO showed itself "in all its glory", proving to the whole world that "international law", which they have always loved and so love to refer to, is in reality nothing more than an empty phrase for it. After the collapse of the USSR, the effectiveness of the UN was called into question.

Started on March 24, 1999, Operation Allied Force did not dock with this very right in any way. Despite all the colossal efforts made by the states of the Alliance, and, first of all, the United States, the UN did not manage to "squeeze" formal approval of this robbery. It is not surprising - after all, being a permanent member of the Security Council as the successor to the USSR, Russia, as well as China, resolutely blocked any inclinations of this kind.

As you know, jurisprudence is an exact science. Therefore, I will try, albeit briefly, to list the specific international legal normative acts grossly violated when NATO unleashed a war against Yugoslavia. First of all, it is such a fundamental document as the UN Charter. On March 24, 1999, its 2 article was violated, which says about the inadmissibility of the use of force or its threat in resolving international conflicts. Also Articles 24, 34, 42 and 48, which stipulate the exclusive right of the UN Security Council to make decisions on the use of force in situations that threaten peace and stability, as well as to determine the specific UN members who may be entrusted with such a mission.

It is also worth mentioning article 53 of the charter, which directly indicates the inadmissibility of arbitrary reprisals by any military-political alliances, organizations and blocs, including NATO, which is specifically mentioned in this document. The most "remarkable" thing is that the North Atlantic Alliance, having launched its aggression against Belgrade, crossed out not only the UN Charter, but also its own! Specifically, his actions contradicted the very first article of the North Atlantic Treaty, where the obligation was written in black and white to strictly follow the above-mentioned UN provisions, without using military force to resolve international disputes. In accordance with Article 5, such force can generally only be used in the event of a direct attack on one of the members of the Alliance. Article 7 recognizes the primacy of the UN Security Council in military matters and in maintaining peace on the planet.

As a matter of fact, in light of the above, the violation of such international legal acts as the 1992 CSCE Helsinki Document, the 1996 OSCE Lisbon Document, and the 1997 Act on Relations with Russia look like particulars. However, one cannot fail to mention that by its actions NATO also violated the most fundamental rules governing the conduct of hostilities at the legal level. We are talking about the Geneva Convention of 1949 and the Additional Protocols signed in 1977. Launching missile and bomb strikes against civilian targets and civilians, as well as destruction aviation The alliance of objects related to cultural heritage put his warrior on the same level as the Nazis.

International, military, humanitarian law - all of them, one might say, were blown to shreds by NATO bombings in 1999. It was from that time that a period began in the world for a very long time when the measure of the security of a state was, in fact, the degree of its loyalty and obedience to NATO, and, first of all, to the United States. The very notions of international security and such guarantees were devalued to the level of empty, meaningless phrases, and the United Nations was turned into a place for settling geopolitical scores and holding meaningless debates.

On the 20th anniversary of the tragic events I am talking about, the North Atlantic Alliance issued a statement in which it called the strikes against Yugoslavia "legitimate and necessary." This operation, which became the first in stories NATO through the collective use of force, finally revealed its aggressive essence to the whole world, but the forces, the instrument of which this bloc has always been and still is, will never recognize anything of the kind. The executioners of Yugoslavia - from rank-and-file pilots of NATO aircraft and crews of rocket launchers, who aimed at Yugoslav hospitals, schools, bridges, wiped out passenger trains and refugee columns, to the top leaders of the Alliance itself and its armies, for the most part, more than happy.

They have made wonderful careers, receiving awards, titles, promotions and other benefits of life for their atrocities. In the West, they are still considered heroes and “fighters for democracy”. Courts and tribunals created by the "international community" spent decades humiliating those who actually became victims of aggression, proving their alleged "guilt" necessary to justify one of the most cynical atrocities of the second half of the XNUMXth century. Will there ever be a trial of his true culprits, who feel great today? The question is still open ...

Ctrl Enter
Noticed oshЫbku Highlight text and press. Ctrl + Enter
We are
About Stalin and KhrushchevWhat you didn't want to know about England
Military Reviewin Yandex News
Military Reviewin Google News
159 comments
Information
Dear reader, to leave comments on the publication, you must sign in.