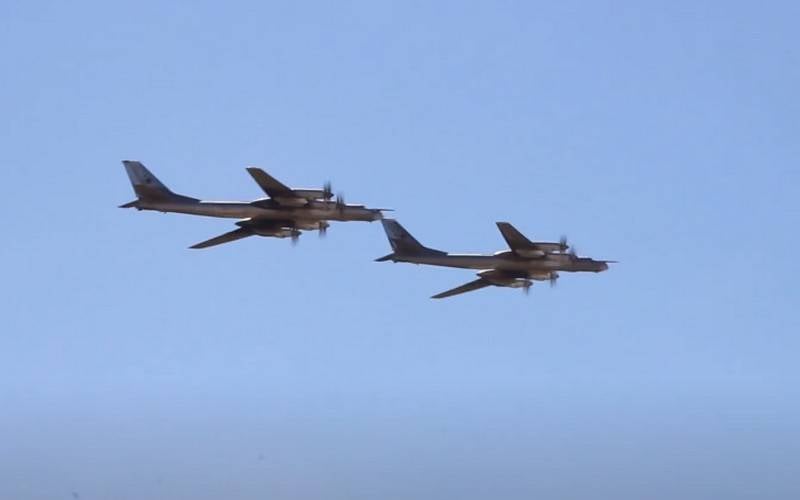 Russia and China have conducted another joint air patrol over the waters of the Japan and East China Seas. According to the Ministry of Defense, a total of six strategic bombers participated in the patrol from both countries.


According to the report, two Russian and four Chinese strategic bombers on Tuesday conducted joint patrols in international airspace, without violating the borders of foreign states. The Tu-95MS of the Russian Aerospace Forces participated from Russia, from China - the Hong-6K of the PLA Air Force.

On December 2020, XNUMX, the Russian Aerospace Forces and the Air Force of the People's Liberation Army of China conducted a second joint aerial patrol with long-range aircraft. aviation in the Asia-Pacific region. An air group consisting of two strategic bombers Tu-95MS of the Russian Aerospace Forces and four strategic bombers Hun-6K of the PLA Air Force carried out aerial patrols over the waters of the Japanese and East China Seas
- said in a statement.

The Russian Defense Ministry emphasized that the joint patrols were carried out as part of the implementation of the provisions of the military cooperation plan for 2020 and were not directed against third countries.

It is noted that this is the second joint aerial patrol of the strategic bombers of the two countries in the Asia-Pacific region. The first, as previously reported by the Ministry of Defense, took place on July 23, 2019. Then two Russian Tu-95MS and two Chinese Hun-6K flew over the Japanese and East China seas.

Ctrl Enter
Noticed oshЫbku Highlight text and press. Ctrl + Enter
We are
Bombers of the Russian Federation and the People's Republic of China for the first time carried out joint patrolsRussia is taken to the Golden Billion
Military Reviewin Yandex News
Military Reviewin Google News
59 comments
Information
Dear reader, to leave comments on the publication, you must sign in.