Navalny did not begin to wonder why it floats 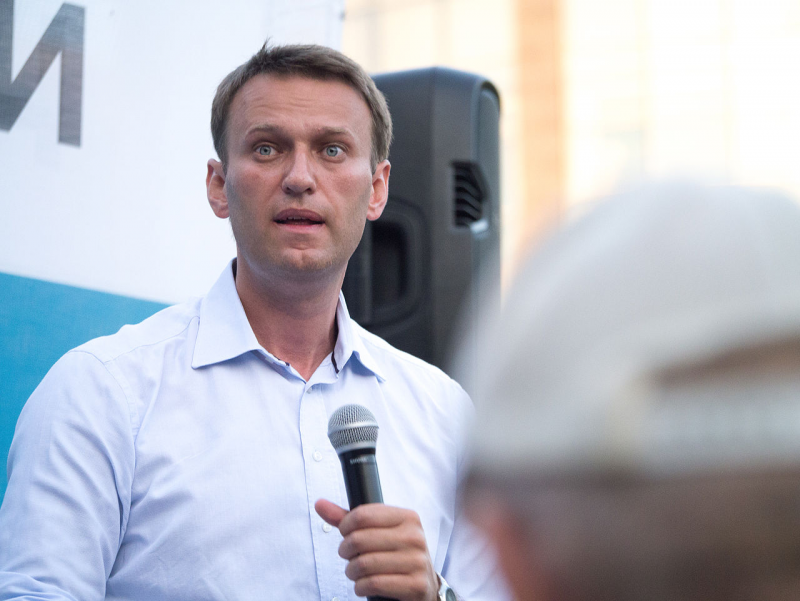 Well, forgotten and unnecessary in Russia, Navalny is again heard. How many materials have already been thrown in about how he wiped the nose of our counterintelligence officers from the FSB. Who would doubt that Russian ignoramuses know absolutely nothing about the equipment for changing numbers? Or is it that the Russians never had the sense to classify their James Bond and Stashinski? (The last one who is not in the know is considered a participant in Bandera's murder).

Be aware of dogs

But Navalny is acting quite in the spirit of the same flawed logic, which is often promoted by our own fighters for freedom and independence (us, from someone or something there).

What needs to be done if the truth is against you? Do you really want it to be the other way around? Foolish truth lovers try to prove that truth is truth. Only nobody wants to listen to them.

But you can do it much easier and more efficiently. As demonstrated by Navalny.

If truth and facts are against you - just turn your back on them! And that's all - the truth will be yours. And the facts will now be yours.

How simple is it, isn't it? I turned my ass to the truth - and now everyone around you should already prove to you that the same truth is in that very ass. Nobody will remember about your turn. Freedom is like this: wherever I want, I will turn there. Or, more precisely, this way: where the owners order, I will turn there.

I do not blame Navalny. Well, a person likes to be in the spotlight. I would like to be, at least theoretically, next to those whom people respect. It doesn't matter who it is. President, politician, intelligence officer, military man or just a talented and successful businessman. The main thing is that your name somehow sounded next to these names.

And the fact that Navalny went to cooperate with foreign special services is also already well understood by most people. He was not elected to the presidency, he was not taken into the special service or the army, he tried to change business in Kirov - he barely took his legs from the prosecutor's office. And where to go? Which feeding trough to attach to? And here - "real" money, help and other snacks, cookies from beyond the cordon.

Even the fact that he agreed to become the second Skripal is understandable. Any person at least once in his life has the right to be himself. Without hiding your essence, your insides, your foulbrood. Just be who you really are. Then the goal in life for the future appears. Restore your honest and blameless reputation!

To me, such people are somewhat reminiscent of dogs. Those from

"There is an angry dog ​​in the yard."
Now such a "bulk" of the best breeds of dogs, with a bunch of passports and medals, sits in his booth in the courtyard of a rich man near the house and thinks that he does not live in a booth, but in the house itself. However, Navalny of people now lives about the same. Sits in a hotel booth, looks at someone else's "yard" from the window of the room and thinks that it belongs to the world beyond the window.

And both of these bulk are well aware that they will never live there inside their own home. Their lot is the same booth. Comfortable or not, but a booth. And - a leash or chain.

They understand and get angry. That is why they bark in the direction of the fence, after which the courtyard, free dogs run, or where free people walk, that although they do not live in palaces, but in their own homes.

Betrayal always raises a lot of questions. For in order to lose, you don't have to do anything special. Just give what you ask for. Just do as requested. Just become a doll in the hands of others. Just take what floats easily into your hands. As in childhood, when you dream of finding money for ice cream on the street.

But it is incomprehensible, does not an intelligent person think about why it floats? More precisely, why doesn't it sink? And what will you become if you eat it? Will it not turn out that by feeding on what floats on the surface, you will sink to the very bottom? As the people say:

"No shame, no conscience."

In short, nothing superfluous that interferes with life ...

On Monday, the Public Relations Center of the FSB of Russia issued a statement in which everything is put in its place:

"The so-called investigation about actions allegedly taken against him by A. Navalny posted on the Internet is a planned provocation aimed at discrediting the Russian FSB and employees of the federal security service, the implementation of which would not have been possible without the organizational and technical support of foreign special services."
I think that in this statement, things are quite openly called by their proper names. Starting with the one who actually started this game of poisoning the "famous Russian politician", and ending with those who organized the "call to the FSB". Navalny here is an ordinary sacrificial pawn. The Moor did his job. And no matter how much this very Moor now tries to restore his reputation, it is almost impossible.

Let me once again recall the press conference of President V. Putin in the part that concerns Navalny.

“... This patient in a Berlin clinic has the support of the US intelligence services in this case. If so, then it is curious. Then the special services, of course, should look after him. But this does not mean at all that it is necessary to poison him. Who needs it? "
In general, I feel sorry for Navalny. It's a pity. In my opinion, he simply does not deserve otherwise. If he began to feed on what swims, he will never be able to rise from the bottom. The fate of such people is to sink into the abyss of life. How Gorbachev disappeared. How some of our officials of the 90s disappeared into oblivion. How the politicians of the 90s disappeared to nowhere. How deserters and other traitors disappeared from memory ...

All right, those who did not perceive Navalny even when he gathered thousands of young people at his rallies would have turned away from him. Such cannot be changed. But now even those who recently “drowned for the truth” in his campaign headquarters have disowned Navalny. Even they understand that his "card is played."

Somewhere I read an interesting thought:

“Don't rock the boat. By this you are preventing those who are trying to break through the bottom of this boat. "
The liberals simply threw Navalny out of the boat, so as not to interfere ...

But there was also an opportunity to become a “martyr of the regime”. I just had to turn on the thought.

I will quote a message from RT, which was published on November 6 this year. And, if desired, it could become an excellent pass for Navalny in Russia and a talisman against any serious criminal prosecution. RT published a message from the Transport Administration of the Ministry of Internal Affairs of Russia for the Siberian Federal District:

“The final diagnosis was established by the doctors taking into account the repeated chemical and toxicological studies: violation of carbohydrate metabolism (basic); chronic pancreatitis with impaired external and intrasecretory function, exacerbation (concomitant). "
It is believed that if a person has decided to commit political suicide, then it is almost impossible to save him: but you can stall for a little time. Probably, this is what both the Americans and the Germans are doing today.

In the absence of fish and cancer - fish. Therefore, in the West, Navalny is still being fostered ...

Ctrl Enter
Noticed oshЫbku Highlight text and press. Ctrl + Enter
We are
A great interview with Sergey Lavrov: about Ukraine, Obama and IranWhat you didn't want to know about England
Military Reviewin Yandex News
Military Reviewin Google News
423 comments
Information
Dear reader, to leave comments on the publication, you must sign in.