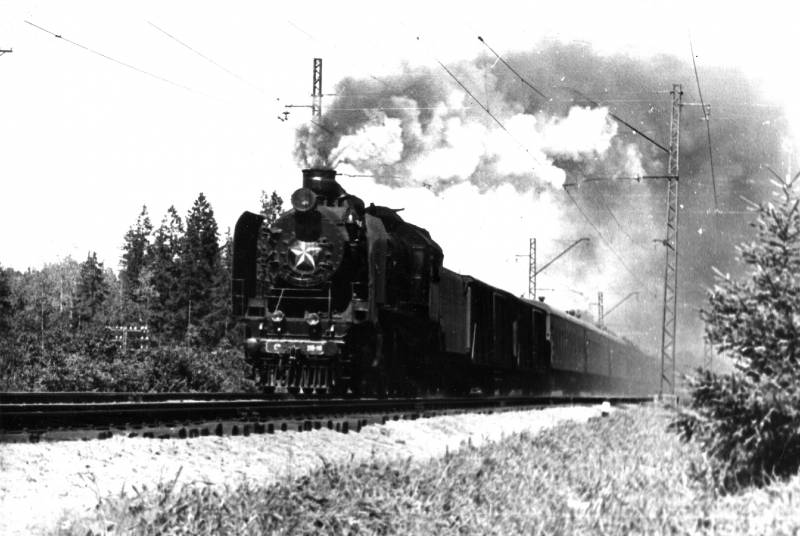 Until the last minute

The Soviet Union in the pre-war years, of course, did not have a market economy, however, it had to trade with the West, including Hitler's Germany, according to the laws of the market. For the growing industry and the rise of collective farms, foreign currency was needed. In addition, allied relations with the same USA and Great Britain became a reality only on June 22, 1941, if not later.

It was never a secret to anyone that raw material supplies from the USSR to the Third Reich continued until the very end. According to the principle - "for everything paid for." The old rival and eternal opponent of Stalin, Trotsky, regularly called the leader of the peoples "Hitler's quartermaster", and this began even before World War II, when Spain was burning in the Civil War.

Today, the Western media, which were immediately supported by the Russian expert community, who consider themselves elite, again recalled the Soviet Union and the war with Finland, and the "occupation" of the Baltic states, and the liberation campaign in Eastern Poland with its Ukrainian and Belarusian populations.

Forgetting that in this way, among other things, purely pragmatic tasks were solved that allowed the USSR to withstand the difficult year of 1941. We will not dwell here in detail on how attractive collectivization turned out to be for the local laborers.

But it is by no means accidental that in the new territories of the USSR, mobilization was almost better than, for example, in Siberia and the Far East. And the partisan movement in the "Far West" of the Union also grew over the years of the German occupation by no means under the influence of communist propaganda.

However, nothing and no one in the era of complete freedom of speech does not interfere with the presentation of the no longer existing USSR simply absurd accusations. It can be argued, for example, that it was the Soviet supplies of various raw materials to Germany that became almost the main economic support for the Nazi aggression (Gozman: Losses of the USSR in the war cannot justify Stalin’s pre-war cooperation with Hitler).

If you look at the topic from a slightly different angle, it becomes obvious that there is an attempt to shift the problem from a sore head to a healthy one. And "cover up" the very close and quite productive for both sides long-term economic interaction of the same Germany with the Western allies of the USSR in the anti-Hitler coalition.

Let's take a look at the official reports on foreign trade. Of course, in the German ones, since in American and English documents the topic is blurred to the point of complete confusion. This can be done by the very fact of participation in most transactions and contracts of companies whose true owners are the beneficiaries are hidden so deeply that it is simply impossible to figure it out.

So, according to the data of the German foreign trade yearbooks of 1940-1944, in the total value of Germany's foreign trade, both interstate and commercial, the share of export-import with Great Britain, the USA and their colonies exceeded 20%. Note that this statistic does not include the British dominions, that is, Canada, Australia, New Zealand.

In turn, detailed foreign trade statistics of Spain, Portugal, Turkey, Ireland and Sweden show that at least 60% of the indicated trade links (in value) were carried out as re-export through these countries.

The answer to Chamberlain

According to many sources (for example, Frank McDonough, "Neville Chamberlain, appeasement, and the British road to war", Manchester University Press, 1998), shortly after the Munich Agreement, the Chamberlain government increased pressure on English firms in order to "force them to search more intensively. economic cooperation with German industrialists ”.

In early November 1938, the Department of Commerce recommended that the Federation of British Industry (FBI) hold a joint conference with the German Imperial Industrial Group (RI) to set the stage for a new trade agreement.

The German side "tried to achieve a reduction in tariffs, but the British said that they are" interested in negotiations only to eliminate competition in the markets of third countries and to create cartels. " These consultations began in December 1938.

The same British federation facilitated the cartel agreement between the German Rhine-Westphalian Coal Syndicate and the Mining Association of Great Britain "On the delimitation of spheres of interest and uniform prices for coal in the markets of third countries", signed on January 28, 1939 in Wuppertal.

The agreement was followed by several meetings, including in the Netherlands, Luxembourg and Ireland, representatives of the British government and business with German partners, “where the prospects for economic cooperation were discussed. 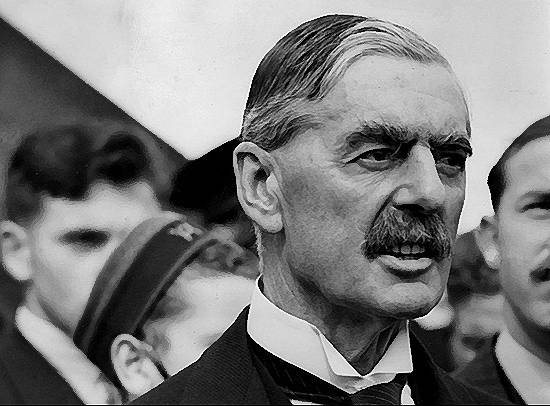 Premier Neville Chamberlain - he "brought peace to the British" that turned into World War II
The positive statements of the German side led Chamberlain to assume that "the policy of appeasement is bearing fruit." It was on March 15, 1939, the day when Germany completed the liquidation of Czechoslovakia, that a conference between the FBI and RI delegations began in Dusseldorf.

Already in the morning session, there was noticeable progress on most issues when Guy Lockok, the director of the FBI, received a phone call from London. A spokesman for the Ministry of Trade told him that "German troops entered Prague, but it was decided that political difficulties should not interfere with an economic agreement and negotiations should continue."

Cartel ... and the Swiss approach

Already on March 16, the same delegations signed a cartel agreement. The document proclaimed "the unconditional need to develop active and mutually beneficial export trade", the elimination of "unhealthy competition", government support for this cooperation, as well as "the expediency of reducing tariff barriers in mutual trade and third markets", the exchange of economic information.

Moreover: the document provided for the opening of permanent credit lines for German industry. In a broader context, the parties intended to carry out no less than a redistribution of the world market, taking into account mutual interests (for the text of the agreement, see http://hrono.ru/dokum/193_dok/19390315brit.html). Even the British Embassy in Berlin expressed concern that "the economic pacification of Germany contributes to its armament and aggressiveness."

The British Trade Attaché in Berlin, R. Magowan, back in December 1938, presented a memorandum in which he proposed to Whitehall “to put an end to the situation when we ourselves are strengthening German weapons and territorial claims” (Public Record Office, FO, 371/21648, “Memorandum by Magowan ", 6. XII. 1938). Magowan was soon dismissed.

When in February 1939 it became clear that Germany was about to absorb what was left of Czechoslovakia, her gold reserves were ordered from London to be exported to England through the said bank. But the German co-directors of the bank demanded to cancel this operation, and through the same bank in April 1940 the Reich received the Czechoslovak gold (Walther Hofer, Herbert R. Reginbogin, "Hitler, der Westen und die Schweiz", Zürich, 2001).

There are also very numerous, but small-circulation foreign studies of diversified American-Nazi economic ties. Here are just a few examples of such relationships given in the book “Trading with the Enemy. Exposing the Nazi-American Money Conspiracy ". 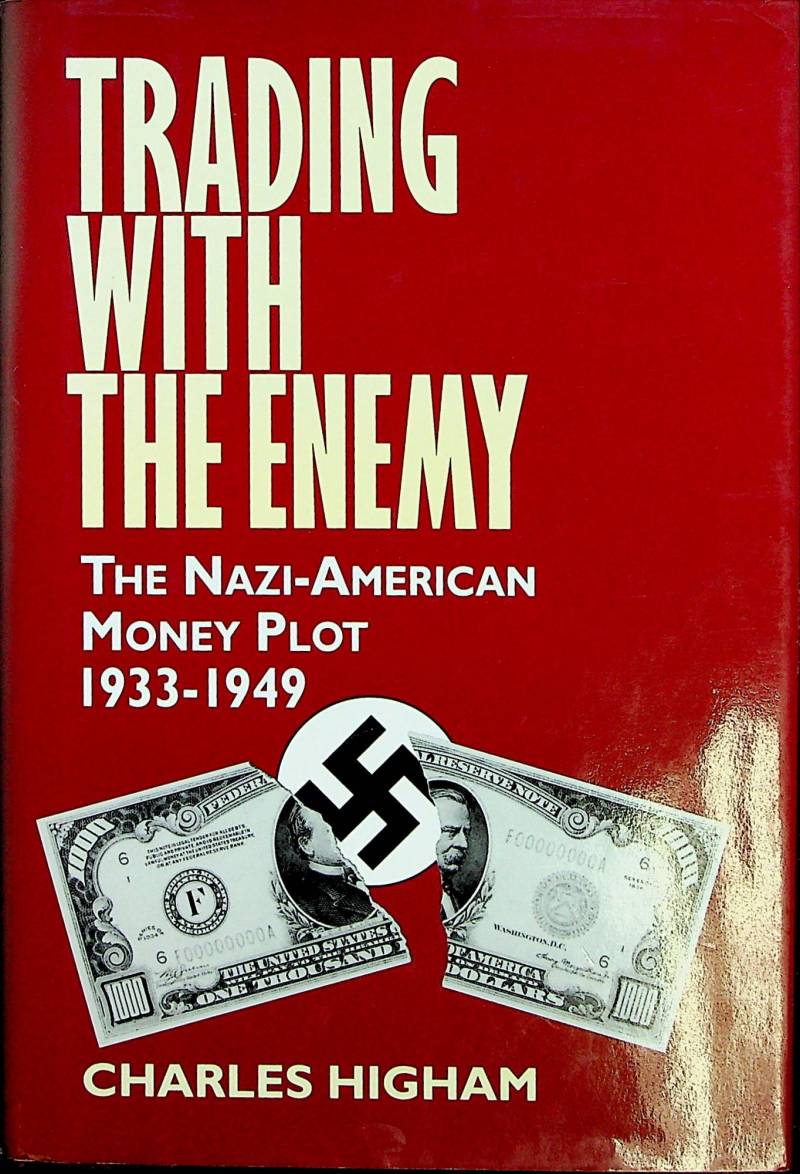 In 1942, Colonel Sostenes Ben, head of the multinational American telephone corporation ITT, left New York for Madrid and from there to Bern to help the Nazis improve the communications systems and guided aerial bombs that were savagely destroying London.

Ball bearings, which until mid-1943, inclusive, were lacking in the US and Canadian enterprises that produced military equipment, were sent to Latin American customers associated with the Nazis.

Moreover, this was done with the consent of the Office of War Production of the United States: in the leadership of this department there were business partners of Goering's own relatives who lived in Philadelphia.

Washington turned a blind eye to such actions, so no investigations happened. And, for example, the German military ships, which constantly cruised in 1937-1943. in the area of ​​the Spanish Canary Islands, regularly refueled with fuel oil and diesel fuel on the island of Tenerife.

These were the oil products of the American Standard Oil, which owned the local oil refinery until the early 1950s. Oil products were supplied by the same company from Tenerife, as well as from the South Caribbean and to the port of Funchal, on the neighboring Portuguese island of Madeira (northwest of Tenerife), where the German Navy was also refueled in those years.

None of the Standard Oil tankers operating in the Canary and Madeira regions - these were tankers of the subsidiary Panama Oil - were torpedoed by the German Navy. Suffice it to say that even in 1944 Germany received over 40 thousand tons of oil and petroleum products by re-export through Francoist Spain every month. And over 60% of them were supplied by US companies.

Ctrl Enter
Noticed oshЫbku Highlight text and press. Ctrl + Enter
We are
Chernobyl notebook. Part of 3Diplomats of the People's Commissariat of Defense: on the eve and during the war
Military Reviewin Yandex News
Military Reviewin Google News
104 comments
Information
Dear reader, to leave comments on the publication, you must sign in.